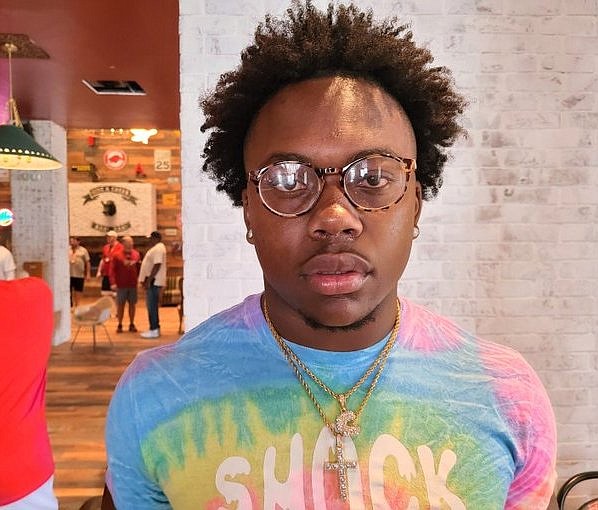 A talk with Arkansas coach Sam Pittman and his relationship with linebackers coach Michael Scherer helped linebacker Jordan Crook’s decision to commit to the Razorbacks on Saturday.

Crook, who made an official visit to Fayetteville on June 25-27, went public with his pledge while attending Arkansas’ cookout for prospects on Saturday.

The environment around the program was one of several reasons why Crook chose to be Razorback.

"The ability to play in the SEC, the opportunity, the relationships I have with the coaches,” said Crook, who plans to be an early graduate and enroll at Arkansas in January. “That was key for me.”

He said his talk with Pittman before leaving from his official visit put the wheels in motion for him to be a Razorback.

"Especially with the situation with the linebackers leaving after this year,” Crook said. “It’s free game and with me being confident, I feel like I can play Day 1."

A former Oklahoma State commitment, Crook is rated a 3-star prospect and the No. 30 inside linebacker in the nation for the 2022 class. He recorded 93 tackles, 7 tackles for loss, 6 sacks and 3 interceptions, including 2 returned for scores as a junior.

His highlight video shows a linebacker who is a physical, punishing tackler.

“I look for certain attack points,” he said. “I try to be smart when being physical. You want to be controlled. That’s how I try to model my game.”

A team captain, Crook has a 3.4 grade point average and is considering majoring in business marketing.

Coaches often say the best recruiters are the players already on campus. Crook, who was hosted by senior linebacker Deon Edwards on his official visit, said the current Razorback players helped him with his decision.

"They kept it real with me," Crook said. "A couple of those guys have been through a few staffs and they had nothing to say but good things about this most recent staff. The love everybody has for Coach Pittman, he’s a player’s coach. That’s somebody I want to play for."

When Scherer was elevated to linebackers earlier this year, he made sure to offer Crook on Feb 9.

"That played a big part in it with me being the first linebacker they offered,” said Crook of his decision. “I thought that was pretty big because he sees so many. Obviously that’s the type of school you want to go to and the type of coach you want to be under.”

He and his parents were at ease around Scherer.

"Coach Scherer is a young coach, very relatable,” Crook said. “That’s kind of key honestly. I was real comfortable on my official for it to be my first time. I was very comfortable and my parents were, too, and that said a lot."