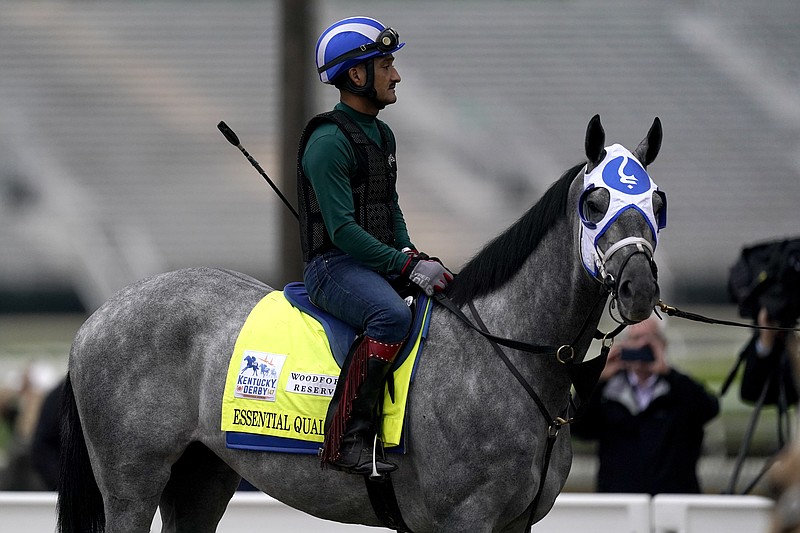 NEW YORK -- Essential Quality was set Tuesday as a 2-1 favorite for the Belmont Stakes, which will be run Saturday without a horse from trainer Bob Baffert pending an investigation into Medina Spirit's failed drug test after winning the Kentucky Derby.

Preakness winner Rombauer and Essential Quality headline a field of eight horses for the third jewel of the Triple Crown. Baffert has no horses running at Belmont Park because the New York Racing Association suspended him in light of Medina Spirit's positive drug test for a corticosteroid at the Derby.

Essential Quality, who drew the No. 2 post position, went off as the Derby favorite and finished fourth. Brad Cox's other Derby horse, Mandaloun, would be named the winner of that race if Medina Spirit is disqualified, but Cox opted to run only Essential Quality in the Belmont.

"He's a valid favorite, for sure," Hot Rod Charlie's trainer, Doug O'Neill, said of Essential Quality. "He didn't have the greatest of trips in the Derby and ran a dynamite fourth. You've got to get through him. The win goes through him, for sure."

Rombauer is the 3-1 second choice on the morning line. Jockey Flavien Prat left Rombauer despite winning the Preakness to honor a commitment to ride Hot Rod Charlie, who is the 7-2 third choice from the No. 4 position.

"It's a lot of respect that they're giving Charlie," O'Neill said.

Hall of Famer John Velazquez will ride Rombauer, who drew the third post position just outside Essential Quality and No. 1 Bourbonic, who is back after skipping the Preakness.

"I think the key to the race is how much pace with Essential Quality, Hot Rod Charlie and Rock Your World," said trainer Todd Pletcher, who has three of the eight horses in the race -- Bourbonic, Known Agenda and Overtook.

Pletcher's longtime assistant, Michael McCarthy, won the Preakness with Rombauer in his first Triple Crown race as a trainer. Pletcher joked, "The pressure's all on him" going into the Belmont.

It might actually be on Cox given the lofty expectations on Essential Quality. Retired jockey Jerry Bailey said that considering the rough trip Essential Quality got in the Derby, the gray colt was the best horse in the race.

"He is just a grinder," said Bailey, who is now an NBC Sports analyst. "He's built perfectly for this kind of race. His running style is exactly the style that you want for the Belmont Stakes. He just keeps coming. That he definitely has in his favor."

The 1 1/2-mile distance is the unknown. The Belmont is back to its traditional "test of the champion" distance on the giant Belmont Park oval known as "Big Sandy" after the race was shortened in 2020 because it led off the Triple Crown.

"We're kind of in the same boat as everybody here," France Go de Ina exercise rider Masaki Tanako said through interpreter Kate Hunter. "No one's run a mile and a half before, so we're all on the same page."

If anyone but Rombauer wins the Belmont, it'll mark the third consecutive year and fifth in the past eight with a different horse winning each of the Triple Crown races.

"It should be an interesting race," said Pletcher, who is looking for his fourth Belmont victory.

Rebel's Romance was a late defection from the field Tuesday morning because of a hind leg infection.

"As we know in these big races, there's just no point in going there with only 75% of a horse," trainer Charlie Appleby said. "So we'll give this one a swerve and regroup." 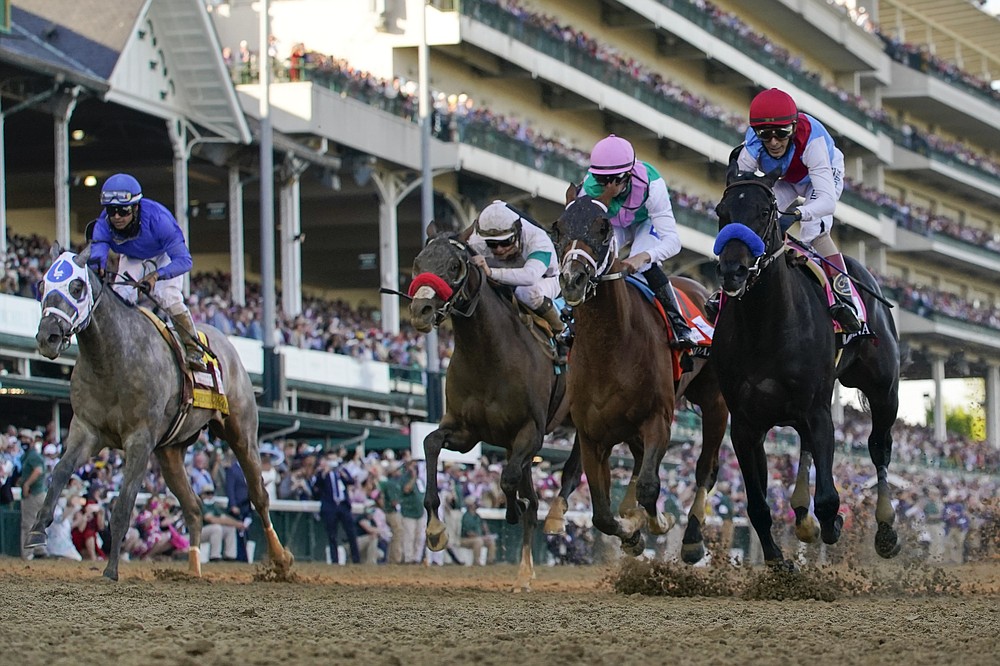 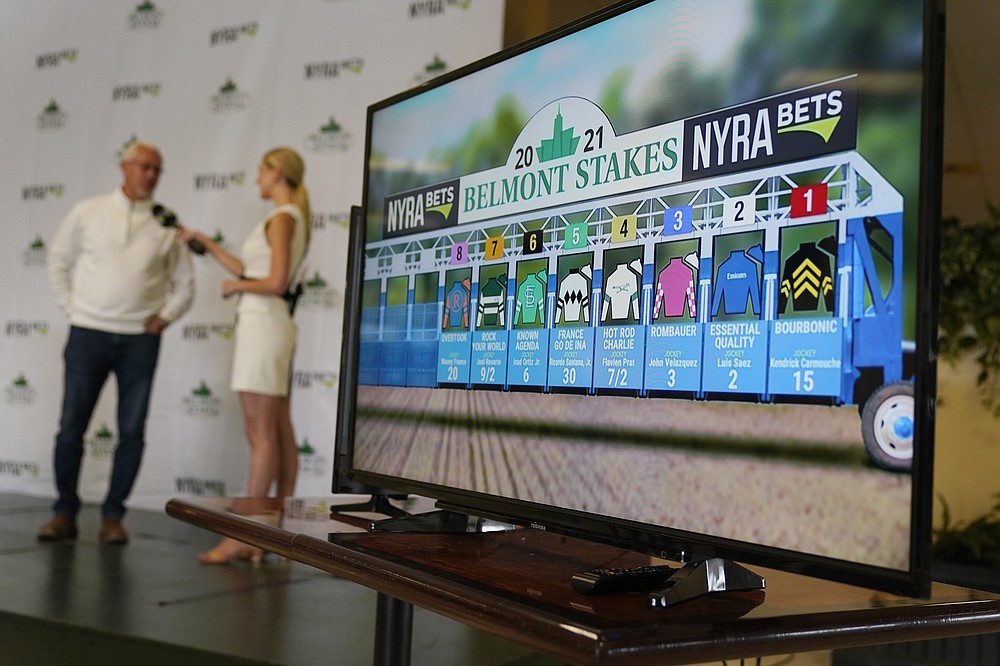 The results of the post-position draw for the 153rd running of the Belmont Stakes horse race are displayed on a screen at Belmont Park in Elmont, N.Y., Tuesday, June 1, 2021. (AP Photo/Seth Wenig) 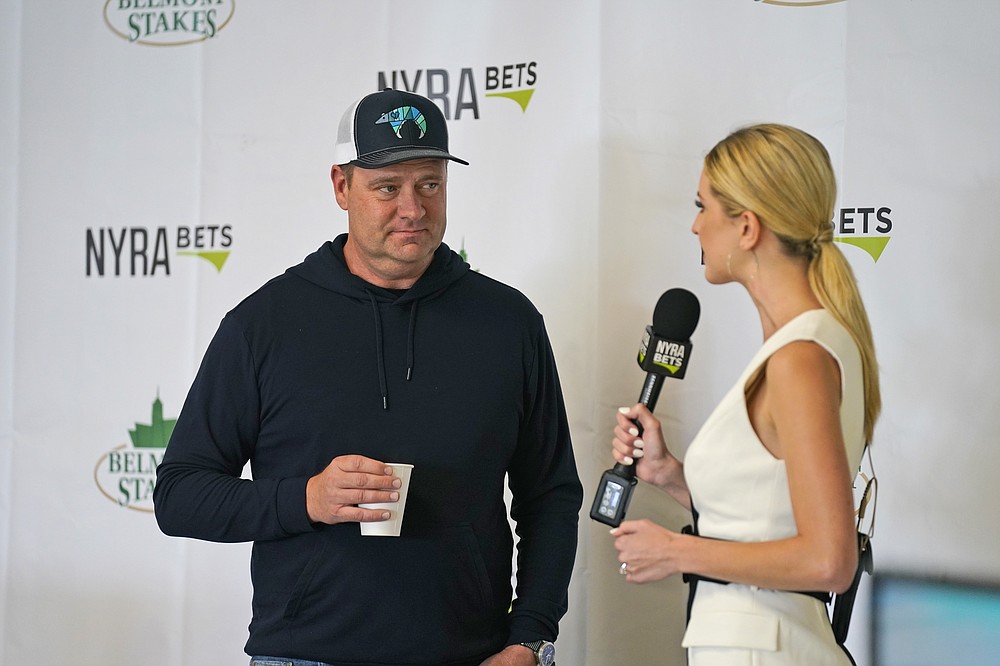 Trainer Doug O'Neill is interviewed after the post-position draw for the 153rd running of the Belmont Stakes horse race at Belmont Park in Elmont, N.Y., Tuesday, June 1, 2021. (AP Photo/Seth Wenig) 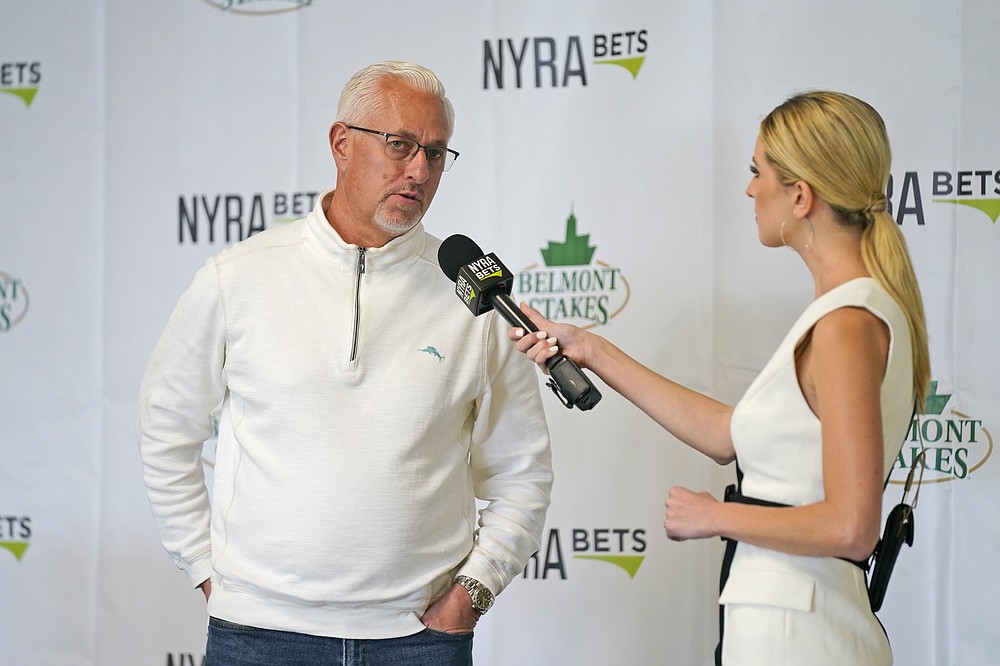 Trainer Todd Pletcher is interviewed after the post-position draw for the 153rd running of the Belmont Stakes horse race at Belmont Park in Elmont, N.Y., Tuesday, June 1, 2021. Essential Quality was set as a 2-1 favorite for the Belmont Stakes, which will be run without a horse from trainer Bob Baffert pending an investigation into Medina Spirit's failed drug test after winning the Kentucky Derby. (AP Photo/Seth Wenig)
ADVERTISEMENT