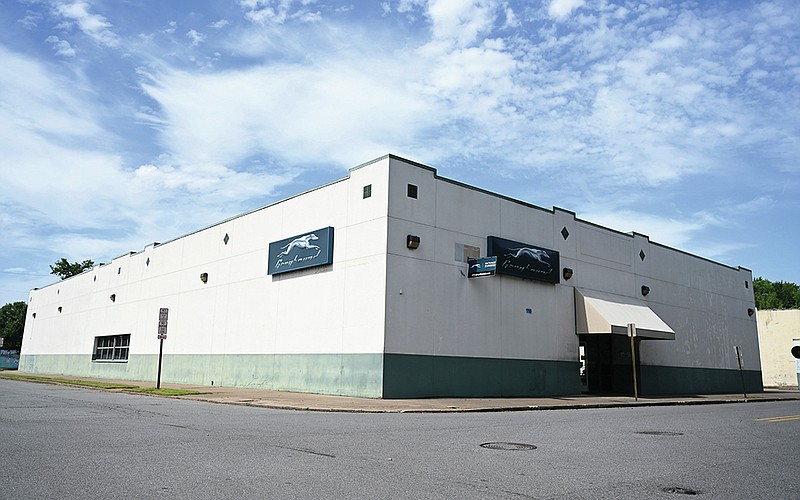 Greyhound Lines Inc. is leaving North Little Rock, and city officials say it's for the best as the bus service looks for a more streamlined approach to transportation and the old bus station becomes part of the city's downtown development plan.

The City Council unanimously approved a resolution last week to purchase the bus station at 118 E. Washington Ave. for $650,000. The bus service will lease the property for up to 12 months after the purchase is agreed upon.

Officials will use $665,000 from the city's General Fund under the special projects section of the budget. The $665,000 figure includes closing costs.

Mayor Terry Hartwick said it's in the city's best interest to purchase the bus station to ensure appropriate development of the downtown area. He said Greyhound expects to move out of the building before the year lease is up.

Robert Birch, director of development for the city, said last week that the city attorney was reviewing the latest contract corrections requested by the city.

"Should be made official soon and close in June," Birch said in an email.

Greyhound Lines Inc. is based in Dallas and offers stops in several cities across Arkansas. City officials said the bus station has been in North Little Rock since 1987.

Greyhound spokeswoman Crystal Booker said in an email that the company is looking to move away from established bus stations to more modern places when there is an opportunity to improve operations by partnering with local businesses or transit operators.

Booker said that in its search for a new location, the company is focusing on a site that will improve the customer experience in various ways, such as improved amenities and greater access to surrounding businesses and community resources.

Birch said that over the past few years Greyhound had approached North Little Rock officials and the Chamber of Commerce about moving out of the East Washington Avenue facility. He said the city has been assisting the bus service in finding a location in Little Rock that fits its current model.

"They are shutting down big bus stations and are going to a smaller footprint," Owens said. "It makes sense, because they usually have around five to 14 passengers boarding a day. They don't need the big terminals like they used to have in the past. They also only have like three buses a day that show up to pick up and then leave. Buses are rarely parked there."

Booker said Greyhound is interested in seamless connectivity to other modes of transportation. She said partnering with local businesses allows the opportunity for the agency to not only strengthen community bonds, but improve the travel experience for area residents and visitors by allowing access to food and local retail.

"This is best achieved by operating from an intermodal facility," she said.

Owens said Greyhound has been looking at places where it might be able to connect its bus terminal with convenience stores.

"They want a place where the convenience store sells tickets, and it's close to inexpensive hotels and motels and has walkability to restaurants," he said.

Owens said Greyhound is looking for areas specifically in southwest Little Rock, where most of the ridership is coming from Central Arkansas. He said because of that he doesn't view the loss of the bus service as a big deal for North Little Rock.

City officials also viewed the bus station's location as a problem because of the disruption it causes in the downtown area. Birch said the biggest issue is that riders often are dropped off with no place to go for hours and hours while waiting on another bus.

"In the past recent parolees or those that have served their sentences in other states have been 'dropped' here with no real means to move forward," he said. "Neither of these issues are Greyhound's fault, just something that comes with the current setup they have here."

Owens said he misspoke during Tuesday's City Council meeting and made it seem like passengers being left at the bus station were homeless.

"It's just often people getting off the bus waiting for the next one," he said. "The problem is that a bus might come in at 11 p.m. and the next one might not leave until 8 a.m. or 9 a.m. the next day. They don't leave the bus station open anymore at night, and they don't want to get hotels, so they are just staying under the awning, sitting on the sidewalk or under a tree.

"It's just not an ideal situation."

Birch said the city values the transportation option that Greyhound provides, and the company may remain somewhere within North Little Rock's city limits, but by the time city officials began to negotiate with Greyhound, the company had found a desirable location in Little Rock that could service all of Central Arkansas.

"That location fell through, so they are continuing to look, and we will continue to assist them," he said.

Jay Chesshir, president and chief executive officer of the Little Rock Regional Chamber, said the agency hasn't heard anything about Greyhound moving to the city but said the chamber is willing to help if necessary.

"Businesses can move wherever they choose to without getting permission from the chamber," he said. "We welcome new businesses every day, and we welcome businesses expanding every day. ... We are happy to help in any way possible, but we haven't been contacted.

"Having that service available for riders in Central Arkansas is important, and we are willing to help them find any location they might need."