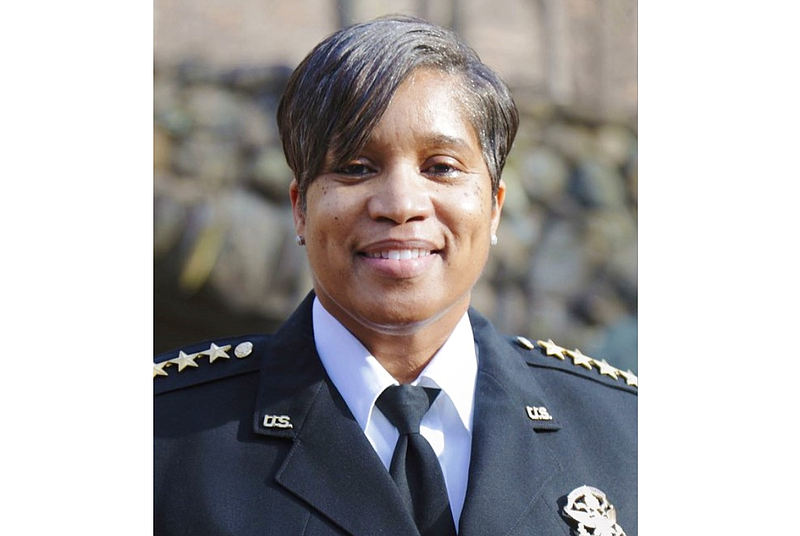 Chief Pamela A. Smith of the United States Park Police will be honored in a meet-and-greet reception Friday evening at Pine Bluff at the home of former Justice of the Peace Delton Wright.

A 23-year veteran of the Park Police, Smith is the first Black woman to lead the 230-year-old agency. She began her new role Feb. 28, according to a news release from www.nps.gov.

"This reception is to congratulate Chief Smith from her hometown to celebrate her on her newly appointed position," a spokesman said. "We are proud of her successful professional career, her impactive journey and her outstanding leadership."

The Pine Bluff native will also be honored with a proclamation from Pine Bluff Mayor Shirley Washington, according to a spokesman.

Smith earned a bachelor's degree in education from the University of Arkansas at Pine Bluff. She is a graduate of the FBI National Academy (Session 265) and a member of the National Organization of Black Law Enforcement Executives and International Association of Chiefs of Police. She is also a member of Zeta Phi Beta Sorority Inc., according to the release.

"During her decorated law enforcement career, Smith has served as a patrol officer, field training officer, canine handler, academy instructor at the Federal Law Enforcement Training Center, executive lieutenant to the chief of police, assistant commander of the San Francisco Field Office, commander of the New York Field Office, acting deputy chief of the Homeland Security Division, and deputy chief for the Field Operations Division," according to the release.

The chief was also the first woman to lead the New York Field Office as its major. She has also received many awards and honors, including the Women in Federal Law Enforcement Public Service Award, United States Marshal Service Distinguished Law Enforcement Career and the National Park Service Equal Employment Opportunity Program Recognition of Outstanding Excellence.

"Chief Smith's commitment to policing as public service and her willingness to listen and collaborate make her the right person to lead the U.S. Park Police at this pivotal moment in our country," Shawn Benge, deputy director, said in February.

Smith serves as a mentor and an advocate for personal and professional development. She is an active member of her church, has volunteered as a youth mentor and has coached youth sports, according to the release.

"I have dedicated my career to the professionalism of law enforcement, and it is my highest honor and privilege to serve as Chief of Police," Smith said in a news release in February. "Today's officers face many challenges, and I firmly believe challenges present opportunities. I look forward to leading this exemplary team as we carry out our mission with honesty and integrity."

The Pine Bluff reception is by invitation.