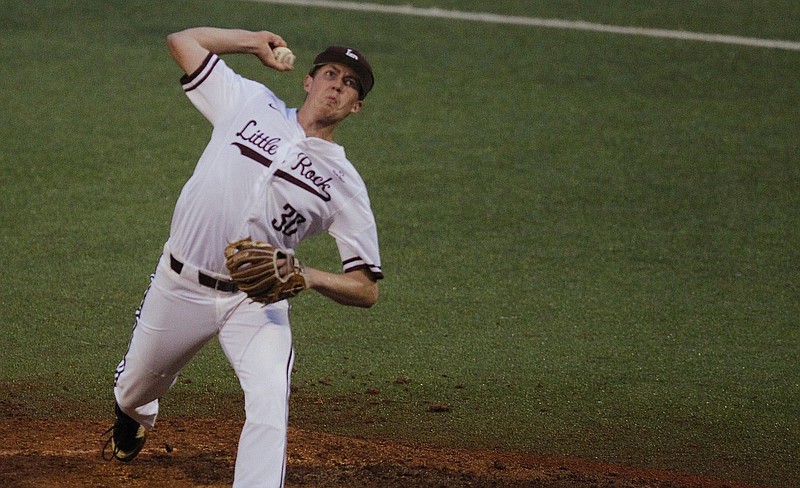 Hayden Arnold (30) throws a pitch for the University of Arkansas at Little Rock at Gary Hogan Field in Little Rock in this May 2018 file photo. (Arkansas Democrat-Gazette file photo)

Arnold, a 6-foot-3, 186-pound right-hander who calls Rison his home, became the first University of Arkansas at Little Rock player to receive the superlative honor. He is the sixth in UALR baseball history to win a major conference award and the first since Ryan Scott was named Sun Belt Player of the Year in 2016.

Arnold, who finished 7-3 on the season, posted a 1.54 earned-run average in conference games, the lowest in the Sun Belt. His overall ERA was 2.85 ERA. He also threw 52 2/3 innings, more than any other pitcher in the conference.

Opponents batted .191 and scored nine earned runs in eight of Arnold's conference starts. He held teams to nine walks for a 6-to-1 strikeout-to-walk ration and 9.23 strikeout-per-nine inning tally.

At Watson Chapel, Arnold was a three-time all-conference performer and named to the all-state team as a junior.