DeLay says he's in race for seat on high court 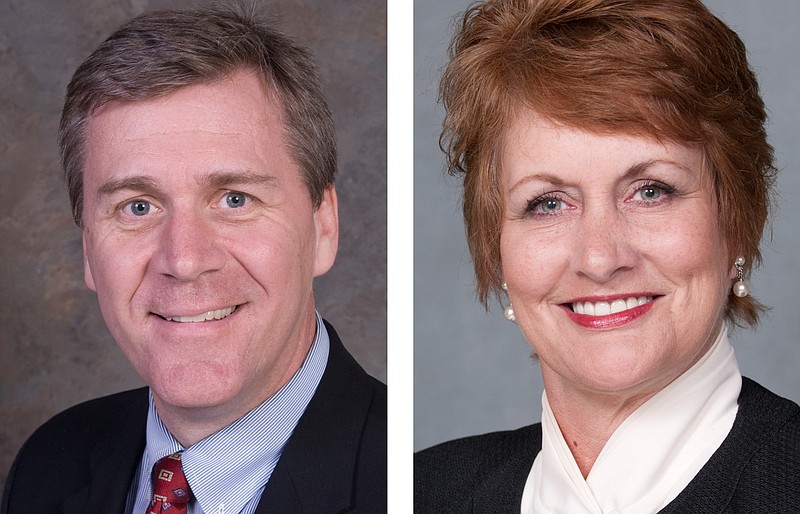 DeLay, 57, announced his bid for Position 6 on the Arkansas Supreme Court in a news release and a campaign video.

Baker has served an associate justice in Position 6 on the state's high court since 2011.

DeLay said in a telephone interview that he was unsuccessful in trying to reach Baker in what he called a courtesy call on Thursday and "I don't know what her intentions are."

Baker could not be reached for comment by telephone on Thursday about whether she plans to run for reelection next year.

DeLay said he is running for the state Supreme Court because "it is the last line of defense for protecting the rights of the people, rights that include free speech, the right to bear arms and the due process of law.

"The stakes in this race couldn't be higher because what the court decides today determines the kind of world that our kids and our grandkids live in tomorrow."

"Judges should be guided by the original intent of the framers and the plain language of the text as opposed to making law that fits their own political agenda," he said

DeLay said his 30 years of legal experience and history of public service make him well-qualified to serve on the Arkansas Supreme Court.

Then-Gov. Mike Huckabee, a Republican, appointed him to fill a two-year term as Sebastian County prosecuting attorney, starting in 2007.

She previously served on the state Court of Appeals from 2001-10 and as a circuit judge and juvenile court judge. She was elected to the Court of Appeals in 2000 as a Democrat after beating Margaret Meads, a Republican who had been appointed to the court by Huckabee.

Under Amendment 80 of the Arkansas Constitution, approved by voters in November 2000, state Supreme Court justices and other judges "shall be elected on a nonpartisan basis" by a majority of voters casting ballots for the office.

State Supreme Court positions have staggered eight-year terms so not all seven positions are up for reelection in the same year.

Position 6 on the Supreme Court is one of three associate justice spots that will be on the ballot in next year's election.

Both Wynne and Wood said last week they are seeking re-election.

Wynne has served on the high court since 2015. Chris Carnahan, a district judge in Faulkner and Van Buren counties, has said he is considering challenging Wynne in the 2022 election.

Wood has served on the Supreme Court since 2015. So far, no one has announced a challenge to Wood.

The filing period for candidates for state and federal offices in Arkansas is Feb. 22-March 1, 2022, with the primary election and non-partisan judicial election is May 24, according to the secretary of state's office.

The four other members of the Arkansas Supreme Court are Chief Justice Dan Kemp and Justices Shawn A. Womack, Courtney Rae Hudson and Barbara Webb.