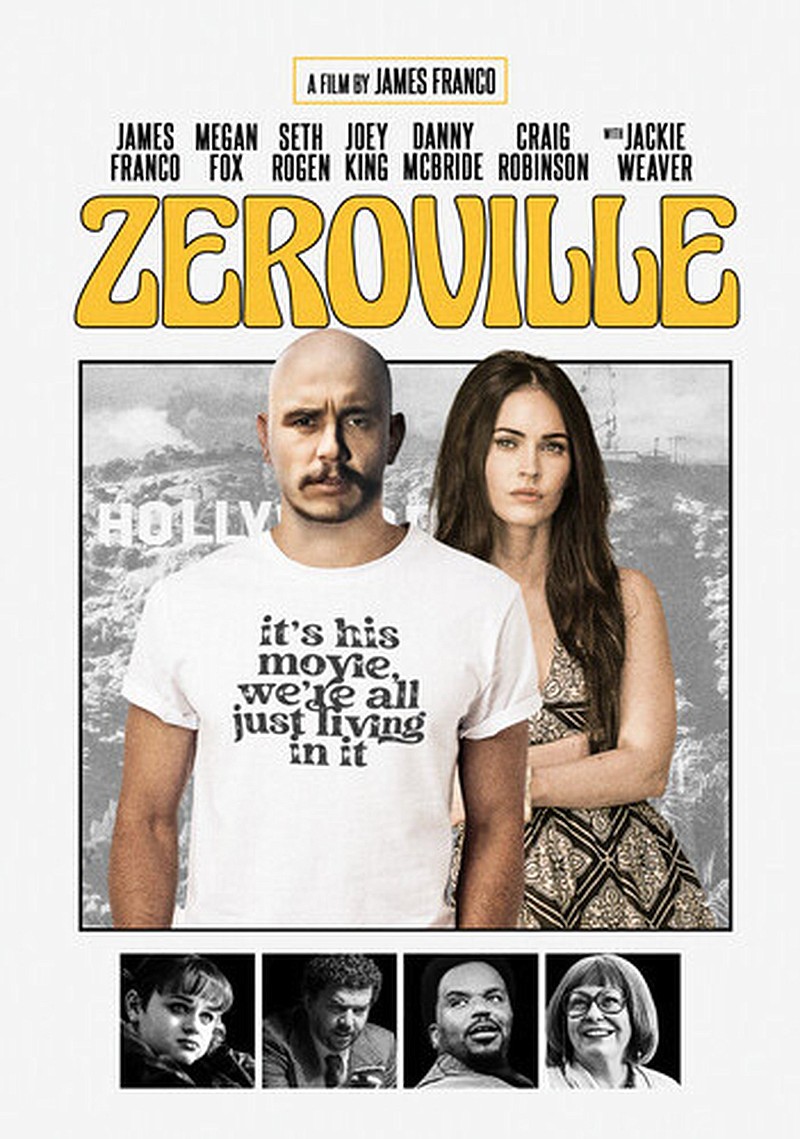 "Zeroville" started out as much-lauded, deeply moving 2007 novel by Steve Erickson that told the story of a borderline autistic, movie-drunk architecture student with a tattoo of Montgomery Clift and Elizabeth Taylor as they appear in the film "A Place in the Sun" on the back of his shaven head. Eventually, this student, who calls himself "Vikar," gets a job in the movie industry as a set builder, falling tragically under the spell of these artificial dreams. The book itself is a loose re-telling of "A Place in the Sun," a film that resembles Theodore Dreiser's novel "An American Tragedy."

In this case the book really is much better than the movie.

"The Courier" (PG-13, 1 hour, 52 minutes) An edgy, bleak and competent Cold War espionage drama in which a bland British businessman (Benedict Cumberbatch) is recruited by the CIA and the UK's MI-6 into a risky partnership with a Soviet officer to suss out the intelligence needed to avoid the Cuban missile crisis of 1962. Based on a true story. With Rachel Brosnahan, Jessie Buckley, Vladimir Chuprikov; directed by Dominic Cooke.

"The World to Come" (R, 1 hour, 45 minutes) Set in the primitive frontier that is the mid-19th-century American northeast, this moody emotional journey concerns two neighboring couples who not only have to deal with isolation, deprivation, and seemingly endless drudgery, but with a growing attraction between wives Tallie (Vanessa Kirby) and Abigail (Katherine Waterston). With Casey Affleck, Christopher Abbott; directed by Mona Fastvold.

"Embattled" (R, 1 hour, 57 minutes) Emotionally and physically punishing, this realistic drama revolves around a son who, like many sons, struggles to stand out in the combative world of MMA, where his father has found fame, while dealing with the lifetime of abuse he has received at the hands of that father. With Stephen Dorff, Darren Mann; directed by Nick Sarkisov.

"The Vault" (R, 1 hour, 58 minutes) Lively and engaging, this heist actioner concerns a clever young engineer (Freddie Highmore) who, in search of an adventure, joins with an experienced group of thieves to bust into a well-armed fortress below the Bank of Spain, rumored to contain a priceless lost treasure. What could go wrong? With Famke Janssen, Liam Cunningham, Sam Riley; directed by Jaume Balaguero.

"Endangered Species" (R, 1 hour, 41 minutes) The initial villain in this adventure thriller is a mama rhinoceros who, in the act of protecting her calf, turns a wealthy and troubled American family's Kenya vacation into a life-challenging disaster in a far-flung wilderness with no help in sight. That's when the leopard shows up. With Rebecca Romijn, Philip Winchester, Michael Johnston, Isabel Bassett, Jerry O'Connell; directed by MJ Bassett.

"Boogie" (R, 1 hour, 30 minutes) This uneven and often tiresome sports saga has nothing new to set it apart from the many that have come before it. A Chinese-American basketball standout, living in Queens, gets caught in a web of expectations between the hopes of his immigrant family and his dream of playing for the NBA. With Taylor Takahashi, Domenick Lombardozzi, Mike Moh; written and directed by Eddie Huang.

"Shoplifters of the World" (not rated, 1 hour, 30 minutes) Set in Denver in 1987, four dedicated fans act out their shock and distress upon learning that British rock band the Smiths is no longer. A good soundtrack that includes 20 Smiths songs goes a long way to make this shallow comedy watchable. With Helena Howard, Elena Kampouris, James Bloor, Thomas Lennon, Ellar Coltrane; co-written and directed by Stephen Kijak.