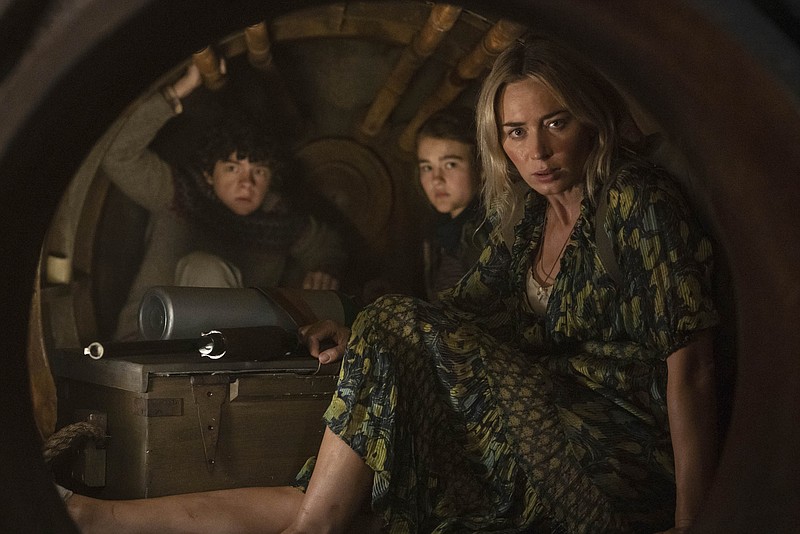 Moviegoers returned to theaters over the Memorial Day holiday to see “A Quiet Place Part II,” which brought in about $58 million in ticket sales. The film stars (from left) Noah Jupe, Millicent Simmonds and Emily Blunt. (Jonny Cournoyer/Paramount Pictures via AP)

NEW YORK -- Moviegoing increasingly looks like it didn't die during the pandemic. It just went into hibernation.

John Krasinski's thriller sequel "A Quiet Place Part II" opened over the Memorial Day weekend to a pandemic-best $48.4 million, according to studio estimates Sunday. Including the Monday holiday, the studio forecasts the film will gross $58.5 million in North America. It added another $22 million in ticket sales overseas.

The film's performance cheered a movie industry that has been punished and transformed by the pandemic. Paramount Pictures' "A Quiet Place Part II," which was on the cusp of opening in March 2020 before theaters shut, was the first big film this year -- and one of the only larger budget covid-era releases beside Christopher Nolan's "Tenet" -- to open exclusively in theaters.

"It's a huge sigh of a relief and a sense of optimism for sure," Aronson said. "Movies, moviegoing, movie theaters aren't dead. Yes, they've been threatened but they're proving once again that they're resilient and that people do want to have that communal experience."

Many studios have trotted out hybrid release plans during the pandemic, debuting films simultaneously in the home. The Walt Disney Co. did that last weekend with its live-action PG-13 Cruella De Vil prequel, "Cruella," making it available to Disney+ subscribers for $30. In theaters, it grossed $21.3 million, Disney said, and an estimated $26.4 million over the four-day weekend. "Cruella" also added $16.1 million in 29 international territories. Disney didn't say how much the film made on the company's streaming platform.

"A Quiet Place II" will also turn to streaming after 45 days in theaters when it becomes available on Paramount+. One clear result of the pandemic is that the theatrical window has shrunk, probably permanently. Three months was once the customary length of a movie's run in theaters. The year's previous best debut belonged to Warner Bros.' "Godzilla vs. Kong," which opened with $32.2 million, or $48.5 million over its first five days, while simultaneously streaming on HBO Max.

The contrasting release strategies between "A Quiet Place Part II" and "Cruella" offered a test case for Hollywood. How much does a day-and-date release cost a movie like "Cruella" in ticket sales? Is it worth it? Without knowing how much "Cruella" benefited Disney+, a true comparison isn't possible. But the strong returns for the theater-only "A Quiet Place Part II" are telling, says Paul Dergarabedian, senior media analyst for data firm Comscore. He called it a "pivotal weekend" for the movie industry that proved predictions of the movie theater's demise "flat-out wrong."

"That 'Quiet Place Part II' did so well makes a strong case that a theatrical-first release for a big movie is the way to go," Dergarabedian said. "This is the best possible news for an industry that's been dealing with probably the most profoundly challenging chapter in the history of the movie theater."

The debut of "A Quiet Place Part II" was much watched throughout Hollywood as the kickoff to its delayed summer movie season. After largely sitting out the pandemic, or diverting to streaming platforms, a lineup of blockbusters is again queuing up. On tap are Warner Bros.' "In the Heights," Universal Pictures' "F9" and Disney's "Black Widow."

Two weeks ago, Universal Pictures' ninth installment in the "Fast & Furious" franchise, "F9," opened with $162 million in ticket sales in eight international markets, and $135 million in China alone. In its second weekend, "F9," which opens in North America on June 25, raced toward $230 million worldwide.

"A Quiet Place Part II" had already had its red-carpet premiere in March last year, and spent some of its marketing budget. But it opened remarkably in line with predictions of how many tickets it would sell before the onset of the pandemic. In the intervening months, Paramount sold off many of its films to streamers including "Coming 2 America" and "The Trial of the Chicago 7," but Krasinski and the studio felt strongly that the hushed intensity of "A Quiet Place Part II" worked best on the big screen.

In an interview ahead of the film's release, Krasinski said a theatrical release was "non-negotiable." And Krasinski worked hard to stoke excitement, traveling the country in the week leading up to release to surprise moviegoers. Still, given the circumstances, he had little idea whether audiences would come out.

"As bizarre as the entire year has been is how bizarre whatever opening weekend is," Krasinski said. "I don't really know what it is anymore."

In the end, "A Quiet Place Part II" performed a lot like how the first one did. That 2018 hit, which ultimately grossed $340 million globally on a $17 million budget, premiered with $50.2 million in North American ticket sales. Sequels usually do better than the original but "Part II" had far more challenges due to the pandemic.

Memorial Day weekend, usually one of the busiest for theaters, still didn't look like it normally does at the movies. Total box office exceeded $80 million but that's about a third of the holiday weekend's normal business. Last Memorial Day, when nearly all operating theaters were drive-ins, ticket sales amounted to $842,000, according to Comscore.

Many theaters, particularly in New York and Los Angeles, are still operating with social distancing measures. But guidelines are thawing. Two weeks ago, the nation's top theater chains -- AMC, Regal, Cinemark -- said they would no longer require vaccinated moviegoers to wear masks. 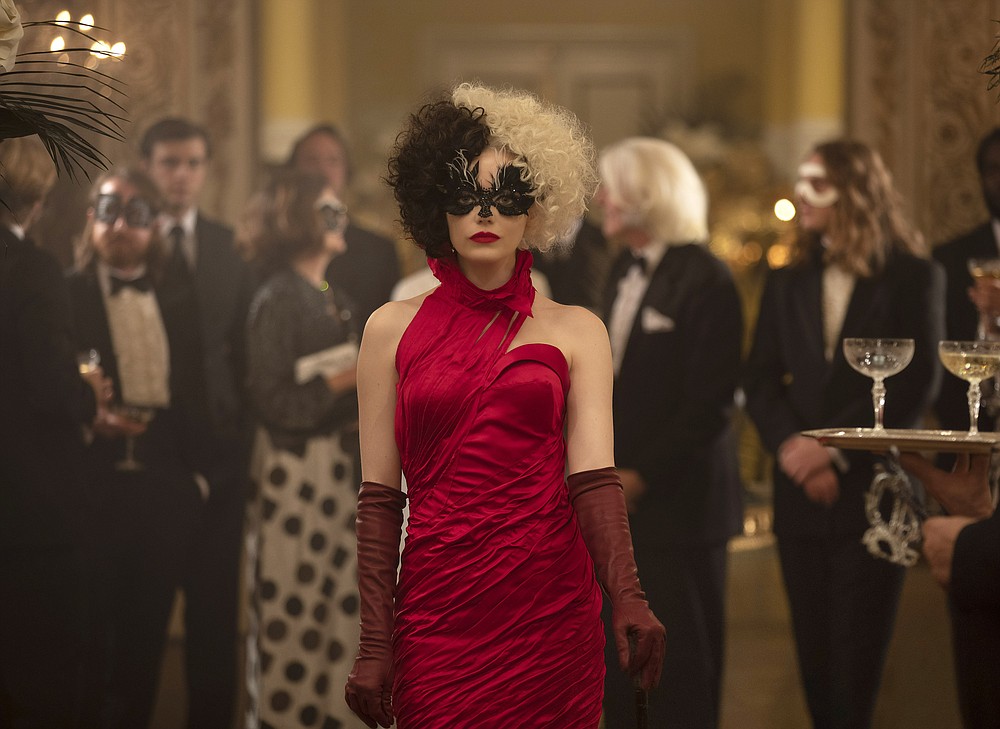 This image released by Disney shows Emma Stone in a scene from "Cruella." (Laurie Sparham/Disney via AP)
ADVERTISEMENT