Ambassador, diplomat who grew up in Arkansas dies at 77 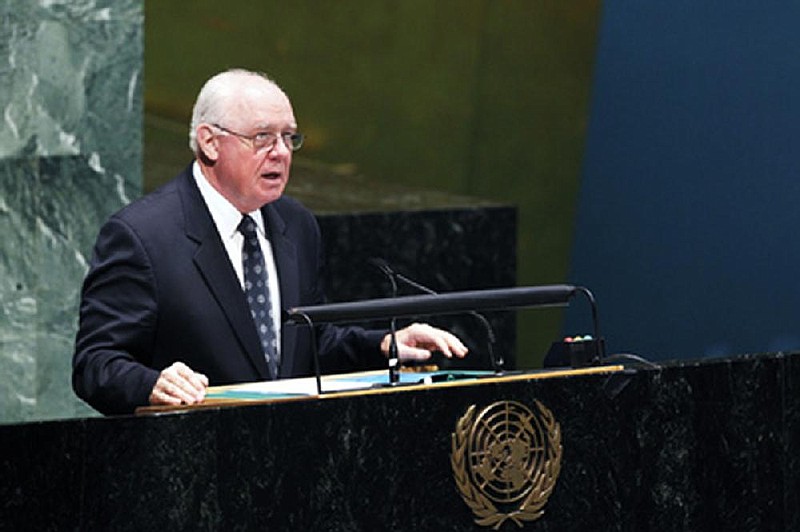 Ambassador James W. Pardew speaks at a 2012 meeting at the United Nations on the role of member states in mediation. (AP Photo/File)

He was 77 years old. The cause of death was unavailable.

Pardew, who lived in Fairfax Station, Va., was born in Memphis and grew up in Jonesboro, graduating from Nettleton High School and Arkansas State University.

After graduation, he spent 28 years as a military intelligence officer, achieving the rank of Colonel.

President Bill Clinton, a Democrat, named Pardew as U.S. Representative for Military Stabilization in the Balkans with the rank of Ambassador at the State Department in 1997.

[Video not showing up above? Click here to watch » https://www.youtube.com/watch?v=1E12EiPB_Lk]

President George W. Bush, a Republican, appointed Pardew the U.S Ambassador to Bulgaria in 2002. Pardew served in that role until 2005.

Pardew was the U.S. negotiator of the Framework Agreement in Macedonia in 2001; served as Deputy Special advisor to the President and Secretary of State for Democracy in the Balkans during the conflict in Kosovo and subsequent peace implementation from 1999-2001; directed the Military Train and Equip Program for Bosnia from 1996 to 1999; and represented the Secretary of Defense on the U.S. negotiating team that concluded the Dayton Peace Agreement ending the war in Bosnia, according to his official biography with the State Department.