Garden goals: Author’s ‘Adventures in Eden’ shows what our yards could one day look like 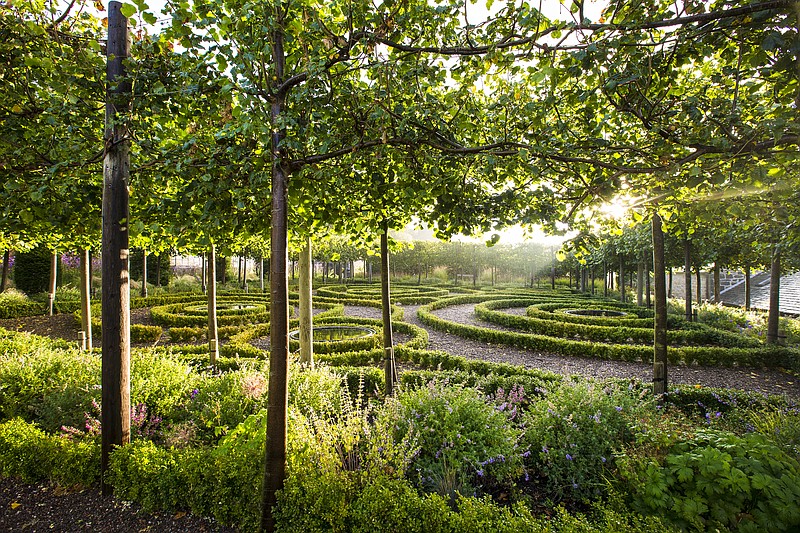 At the Hopetoun House walled garden in Scotland, the owner uses boxwood and clipped linden trees to create a place of green architecture. Elsewhere, the garden is a naturalistic riot of perennials and grasses. (Claire Takacs via The Washington Post)

For many Americans, I suspect, the model of a perfect garden is a trophy yard with a swimming pool, outdoor kitchen and high-end teak furniture all set in a hardscape of modular pavers and block walls.

Expensive, fancy and rather soulless.

For Carolyn Mullet, a retired garden designer in Takoma Park, Md., the path to a more satisfying experience took her to Europe, where gardens — even those with all the bells and whistles — never seem to forget that the most important elements are the plants.

She has become a connoisseur of the contemporary European scene, having spent many hours in the lushest and most powerfully beautiful gardens on the other side of the pond. She has enabled this quest, ingeniously, by establishing a garden-tour company to lead small groups through these paradises. She plans to resume tours later this year, coronavirus conditions permitting. One is a nine-day jaunt to England for the Chelsea Flower Show and to see gardens in the Cotswolds and near London. The other, also for nine days, is a tour of Normandy to visit historic and contemporary gardens.

Her company, CarexTours, had its first excursion in 2015, overlapping with the last three years of her 30-plus-year active design career. Seeing the stylish, plant-centric gardens of Europe affected her own design approach, to a degree, but she had long been warming to the idea that a broad plant palette used lavishly is what makes a garden transcendent.

"Gardens are not given enough credit for the beauty they bring into the owners' lives and the lives of the people who see them," she said.

Mullet also brings her analytical designer's eye to this subject. She believes that no more than 30% of a garden's area should be given over to patios, paths and other hardscape; the rest should be green. The lawn serves a design function, but only as a considered partner to plant beds, not a substitute for them.

"The gardens I like are a little softer," she told me. While they can include structures, they must have "that feeling, that atmosphere, that's special to the place."

She is not alone in liking gardens of such romance. On Facebook, she started posting pictures of her favorite gardens, and she eventually amassed nearly 1.4 million followers. One of them was an editor at Timber Press, the publisher of garden books, who urged her to put together a book of these horticultural gems.

The result is the newly published "Adventures in Eden," an image-rich peek at 50 gardens in Britain, Ireland, Scandinavia, France, Belgium, the Netherlands, Germany, Italy and Spain. Mullet has visited two-thirds of them. They may be steeped in the gardening culture of each nation, but they are very much gardens of today. All of them have been made, or remade, in this century. 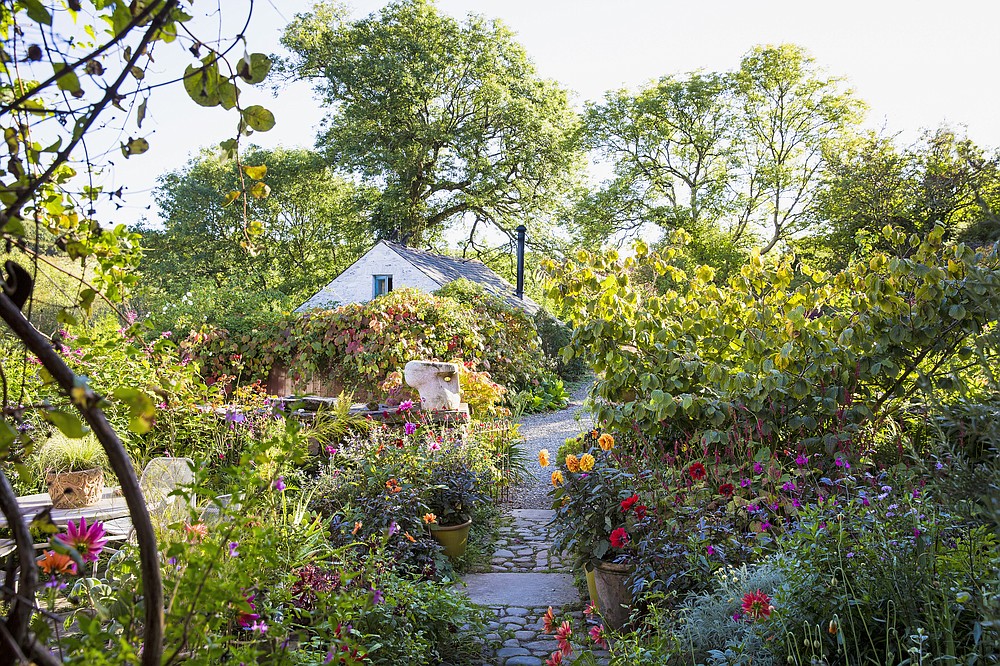 Author and tour organizer Carolyn Mullet finds a defining softness in European gardens granted by the emphasis on plants. At Dyffryn Fernant in Wales, the owner has transformed a neglected site into many discrete garden spaces. (Claire Takacs via The Washington Post)

One shared thread is the passion of the designers, gardeners and owners (often one and the same), but another commonality is the embrace of perennials and grasses, proving once more that we are now seeing the full flowering of the New Perennial movement, 40 years in the making.

The book leaves me longing to visit many of the gardens, especially those made with limited resources and boundless devotion. Enter Carl Wright, who bought a derelict cottage and 12 acres of rocky land in western Ireland and set about making a garden (after he personally rebuilt the house). He has wheel-barrowed in some 1,400 tons of soil, much of it for plant beds retained by the dry stone walls he also built along the way.

In southeastern Wales, Anne Wareham and Charles Hawes have toiled to turn a 2-acre site into garden rooms framed in clipped hedging and enlivened by herbaceous plantings. "Theirs was done on a shoestring," Mullet said.

She shares another garden, in England, where horticulturist Keith Wiley wanted to shape the earth in a way that would make the planting effects as dramatic as possible. He figures he has moved more than 100,000 tons of soil with a digger in creating his 4-acre garden, Wildside. "The landscape here appears natural, like it has always been so," Mullet writes, "a layered terrain with folds and furrows, richly gardenesque, half hidden, and beckoning one to explore."

For glimpses of the perennial and grass gardens that are so colorful and dynamic, the reader finds not one, but two walled spaces in Scotland full of herbaceous plantings that just get better as the season progresses. Then there's a rural landscape in northern Germany full of heleniums, goldenrod, rudbeckias and feather reed grass, and Marianne Folling's breezy maritime garden in Denmark. Each owner-gardener has found his or her own interpretation of perennial gardening to capture nature distilled into art form.

If you want to get serious about advancing as a gardener, there is no better way than to look at what accomplished designers and gardeners have achieved. Pictures, books and videos all allow access to this world of inspiration, but nothing beats the experience of being in the garden. Besides the plant combinations, you see architectural details and fresh ways of using materials. But most of all, you take it all in and have an emotional response.

"When you get to see such beautiful spaces, you can't help but be affected by it," Mullet said. "It speaks to you somehow. I feel the same way when I go into a museum and see a painting that's exceptionally beautiful to me. It goes into my memory banks."