Boxing flourished in era of 'The Kings' 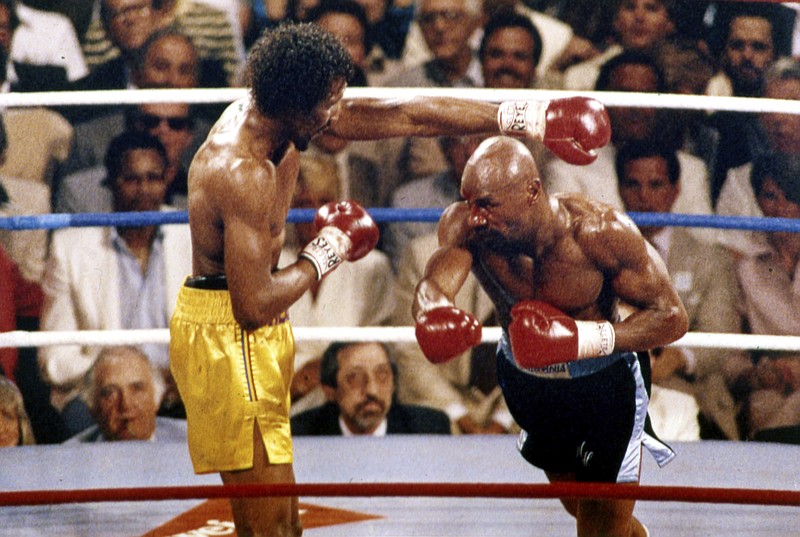 FILE - In this April 1985 file photo, Marvin Hagler, right, and Thomas Hearns fight during the first round of a world championship boxing bout in Las Vegas. Sugar Ray Leonard, Roberto Duran, Thomas Hearns and Marvelous Marvin Hagler delivered when it mattered, and two of the fights are considered to be among the greatest ever. A four-hour documentary, "The Kings" explores the magical decade. (AP Photo, File)

The Superdome in New Orleans was packed, and the buzz carried across the nation. The 1980s were dawning and Sugar Ray Leonard had some unfinished business to resolve with Roberto Duran, who had beaten him in a brutal fight months earlier.

As the fighters waited in the ring, Ray Charles belted out a stirring version of "America the Beautiful." If Leonard needed any further motivation -- and he didn't -- he now carried a country on his back.

"I glanced over at Duran and said, 'Boy, you're in trouble. This is America, baby,' " Leonard said.

Duran was indeed in trouble, in ways that were unimaginable before the fight. The Panamanian great would go on to quit in the eighth round in what became known as the infamous "No Mas" fight.

But there would indeed be more -- much more -- as Leonard, Duran, Thomas Hearns and Marvelous Marvin Hagler embarked on a series of fights now regarded as the last golden age in boxing.

Under the stars in Las Vegas they fought each other for millions of dollars and the bragging rights to be one of the greats of all time. Fight after fight, they raised the bar until finally the decade closed -- and with it one of the most remarkable stretches of championship fights.

Two of the fights -- Hagler-Hearns and Hearns-Leonard -- are considered by many in boxing to be two of the greatest fights ever. The other fights weren't too shabby, either, including Leonard's upset of Hagler for the middleweight title in 1987.

They're all relived in most of their glory in a four-part documentary called "The Kings"' that begins on Showtime tonight. Like the fights, the film covers the decade of boxing when four of the greatest fighters in history met each other for belts ranging from 147 pounds to 168 pounds.

Boxing fans are familiar with the story, but it is brought to life again with video clips from the time that showcase what a special time it was.

Duran and Hearns are the only current interviews on the documentary, and the filmmakers had to use subtitles so viewers could understand Hearns. He slurs his words badly, a reminder of the price that can be paid in the ring.

It mostly works, largely because researchers did their jobs and found video that helps tell the story. The boxing is compelling, and so are the fighters. You can almost picture the hedonistic '80s when Leonard talks in old clips of spending $4 million on cocaine, while Duran blames his knockout loss to Hearns in 1984 on booze and two women he hooked up with while training in Miami.

The personalities of the fighters shine throughout, making it easier for those who weren't around at the time to understand the attraction they held to the public.

Leonard was the superstar with a dazzling smile who could be all smoothness in the ring but cold and vicious when needed.

Hagler was the workingman's fighter from Brockton, Mass., with a chip on his shoulder. He wasn't flashy, but he was both relentless and slick. If the four Kings were the Beatles, the excellent writer and announcer Larry Merchant said, Hagler would be Ringo.

Duran was, well, Duran, a Panamanian hero who fought relentlessly, always moving forward -- until the night Hearns caught him with his vaunted right hand outdoors at Caesars Palace.

Hearns was the foil for them all, the ghetto kid who overcame it all with fearsome punching power that could turn a fight around with one punch.

Hagler died this year, making the timing of the documentary bittersweet. Hearns is difficult to understand, and there's nothing new offered about Leonard. Duran might be the most compelling, if only because he's so honest about his bad habits and his thoughts in the ring.

As someone who was ringside for all but the Leonard-Duran bouts, I can vouch for the fights and the era. It was a magical time that we all thought would go on forever.

It didn't quite turn out that way, which makes the decade so special. Boxing was a mainstream sport before greed and incompetence turned it into a niche sideshow populated mostly by a base of hardcore fans. 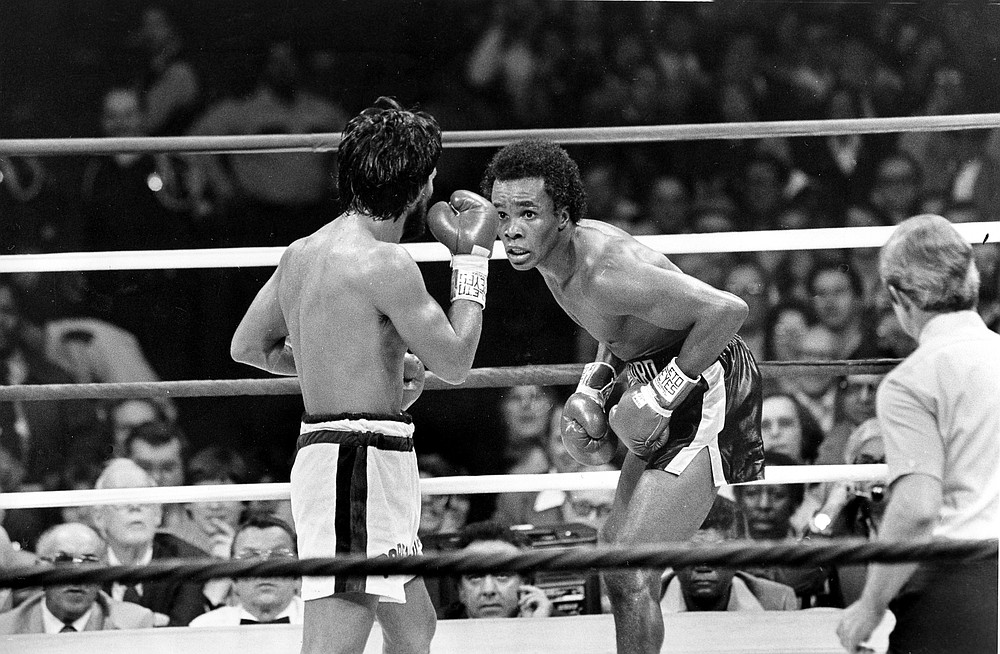 FILE - In this Nov. 25, 1980 file photo, Sugar Ray Leonard, right, taunts at Roberto Duran in the ring during a WBC Welterweight Championship fight refereed by Octavio Meyran in New Orleans, La. Sugar Ray Leonard, Roberto Duran, Thomas Hearns and Marvelous Marvin Hagler delivered when it mattered, and two of the fights are considered to be among the greatest ever. A four-hour documentary, "The Kings" explores the magical decade. (AP Photo, File)
ADVERTISEMENT