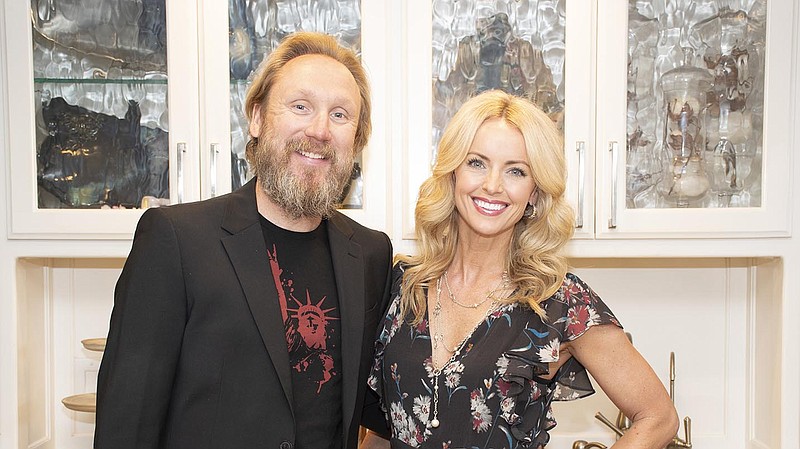 Mica Strother enjoys whipping up things in her kitchen for friends and family.

"I just generally like cooking," says Strother, who is the senior director of development for the Razorback Foundation. "I like trying new recipes and I like the process of sharing food. If I discover a new recipe, I like to share that with somebody else."

Mixing sugar and butter, flour and vanilla extract into a comforting pound cake is her signature move. She has also been known, though, to prepare a week's worth of meals to nurture someone in need, often taking care to offer a couple of meals to be eaten immediately and a few others that are easy-to-freeze and can be eaten later.

There are times, she maintains, when the last thing someone can or should have to spend time worrying about is getting food on the table.

"That applies whether you're going through something that's a moment in time, like a death, a birth, a sickness, and that also applies if you have insecurity of food in your life," Strother says. "If you can't be nourished, how can you be successful in the other areas of your life?"

That's where organizations like the Arkansas Hunger Relief Alliance come in.

"They just say, 'We need to meet that basic need of feeding people. There's plenty of food in the world. Let's just get it to the people that need it most so that's an area they can check off their list and they can thrive in the other parts of their lives,'" she says.

Strother and her husband, Greg Hale, are co-chairmen of the Hunger Relief Alliance's forthcoming STILL Serving Up Solutions fundraiser.

Strother and Hale had supported the Hunger Relief Alliance in the past. When they were asked to serve as co-chairmen by Kathy Webb, executive director of the organization as well as a Little Rock City Board member, Strother says they could not say no.

In past years, members of the Arkansas Legislative Hunger Caucus have served meals to ticketholders, refilling drinks and replenishing bread throughout the evening.

"One of the areas the Alliance works on is with the Arkansas Legislature, trying to partner with them and advocate for public policy changes that will remove barriers to accessing nutritious food for Arkansans," Strother says. "The relationship that they have with the Legislative Hunger Caucus is to help educate them and get them on board with these policy changes."

As planning for this year's event got underway, however, it was unclear what might be happening with the covid-19 pandemic as the scheduled date approached.

There will be a small reception Thursday for the event's sponsors and Hunger Caucus members at McLarty Automotive Group in west Little Rock.

A $50 ticket to the virtual event allows people to support the Hunger Relief Alliance from their homes with entertainment from four bands -- Dazz and Brie, The Going Jessies, Honey Collective and Smokey and the Mirror. A $250 ticket entitles supporters to delivery, by one of the dozen or so participating state legislators, of wine curated by Jonathan Looney and Cocoa Belle chocolates that can be enjoyed during the concert. VIP sponsorships, starting at $2,000, include a dinner and wine pairing.

"It's going to be a really fun night, abbreviated and from the comfort of your homes, but still enjoying the benefits of a meal prepared for you, the wine, the chocolates and some good entertainment," Strother says.

"We're going to have great auction items, all week long," Strother says. "And you don't have to have a ticket to log on and participate in that part of the event. That's a great way for people to get involved even if they can't participate on the night of the event."

"The Hunger Alliance just does such good work because they're really the only umbrella organization for hunger relief in the state," she says. "They not only work on securing food and resources for Charitable Food Network, but they work to increase participation in the SNAP program, they work to partner with organizations like [No Kid Hungry], which helps to increase statewide participation in the USDA child nutrition programs, and they have a program called Cooking Matters, which helps families and individuals improve their financial management skills through cooking and shopping and nutrition."

Members of the state's Hunger Caucus who participate in the event get the chance to recommend awarding a portion of the funds raised to specific pantries, shelters or programs, Strother says.

"If you care about food insecurity and what causes it but also how to fix it, the Hunger Alliance is a great go-to for your support in order to combat it," she says.

More information about the Hunger Relief Alliance and STILL Serving Up Solutions is available at arhungeralliance.org. 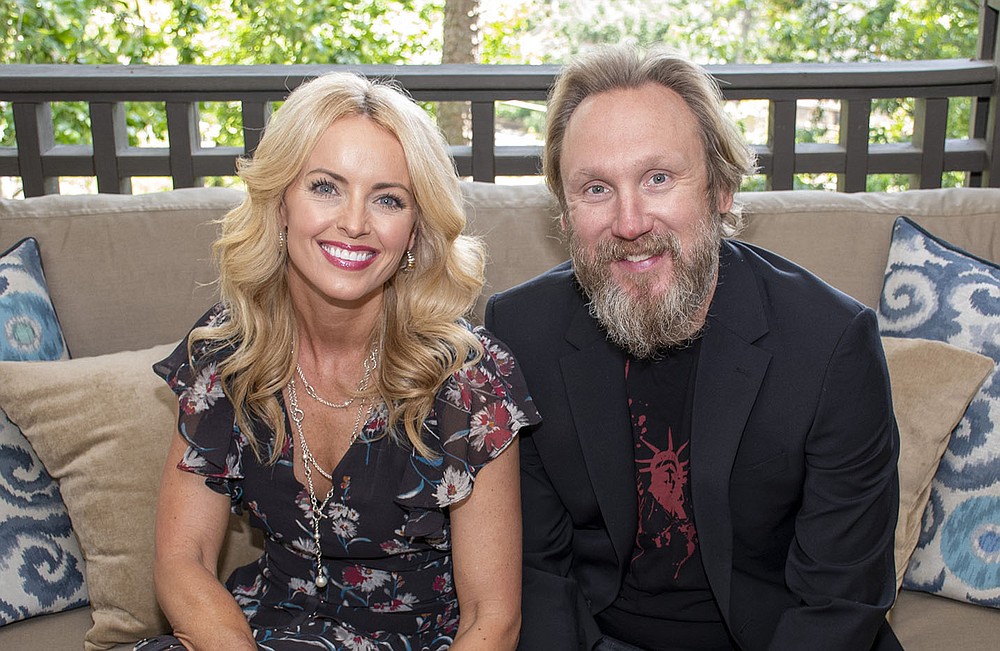 Mica Strother and her husband, Greg Hale, couldn’t say no when they were asked to co-chair STILL Serving Up Solutions, a June 17 event for the Arkansas Hunger Relief Alliance. “If you can’t be nourished, how can you be successful in the other areas of your life?” Strother says. (Arkansas Democrat-Gazette/Cary Jenkins)

CORRECTION: An earlier version of this article misstated the identity of organizations that distributed 95 million pounds of food in 2020. The six Feeding America food banks in Arkansas distributed the food. The Hunger Relief Alliance is a non-profit umbrella organization representing those six food banks and other hunger relief organizations in the state.