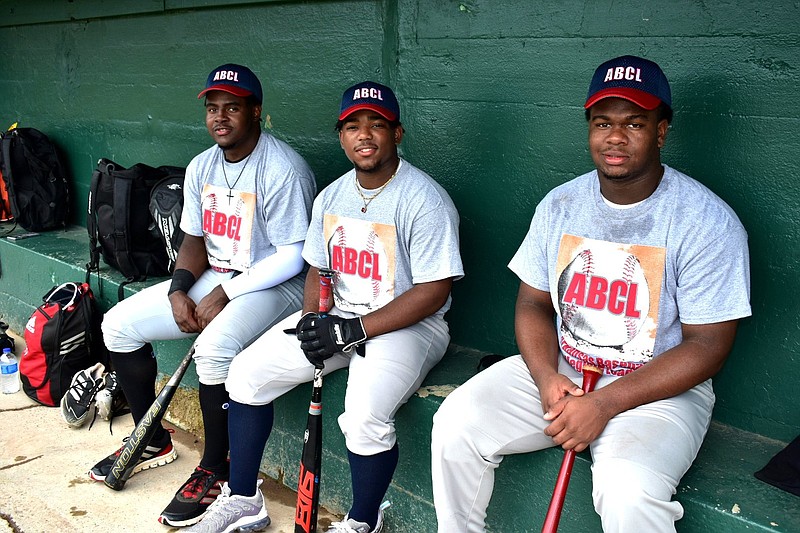 R.J. Stinson (from left), David Carroll and Jorrell Grant, all of Pine Bluff, are playing in the Arkansas Baseball Collegiate League in hopes of taking their games to the next level. (Pine Bluff Commercial/I.C. Murrell)

Taylor Field is not staying quiet this summer, thanks to the new Arkansas Baseball Collegiate League.

High school and college baseball players hoping to take their game to the next level are keeping the 81-year-old facility active with a series of games aimed at giving them instruction from former professional scouts and possible exposure to junior college, four-year college or pro programs.

"It's a lot of players in colleges that don't have no place to play in the summertime, unless they go way off from their homes," said Jeff Gross, CEO of scouting service Pro-Day Baseball and a caretaker of Taylor Field. "So the goal is to play games Saturday and Sunday where players can still work Monday through Friday and play against good competition."

The league, which includes two Pine Bluff-based teams -- the Cardinals and Blue Jays -- threw its first pitch Saturday with a pair of games. A team from Carlisle, known as C-Town, is participating, as well with players coming from Central Arkansas.

Games will be held in Pine Bluff, Conway and Arkadelphia over eight weeks, Gross said, with Taylor Field hosting for four weekends. Games will be played every Saturday and Sunday.

While a full schedule has not yet been established, the third and final game for this weekend is scheduled for 1 p.m. today. Admission is $5 for those older than 10, $2 for those ages 3-10 and free for those younger than 3.

The ABCL will feature 24 games, 12 of them played before an All-Star game to be held at a date to be announced at Taylor Field.

"The goal is for the high school players coming back to get an early look because colleges are limited on their [scholarship] money, and they normally sign guys in the fall," Gross said. "It's not like they can watch you during your high school season because they're playing at the same time. It's important to get their name out there early."

"I honestly started taking baseball seriously after my paw-paw died," the first baseman and pitcher said. "I love the game of baseball and I love playing it, so I hope I get looked at to get offers. It's going to give a lot of exposure and a lot of different experiences, especially from them being in college, and I can learn from them and especially the people on my team. It'll be a great experience and a great opportunity. I'm truly blessed to have the opportunity."

One of Grant's high school teammates, recent graduate David Carroll, recently played in a Central Arkansas All-Star game at the University of Arkansas at Little Rock. So far, schools such as South Arkansas Community College and Prairie View A&M University have invited the second and third baseman to campus visits.

"Coach Gross has so many connections," Carroll said. "Also, we have a former pro scout in here with us giving us tips. I try to listen to everything and take everything in. It could be the small things that make a big difference. So, combined with Coach Gross' connections and the former pro scout's tips, I feel like I'm going to be able to have a good development this summer."

Bill Earnhart, who scouted in major-league baseball for 43 years before his 2011 retirement, has been associated with Pro-Day Baseball since its inception in 2001. He coached some of the players during batting practice shortly before the opening game.

"One of the things I talk to kids about is grades," said Earnhart, a scout for the 1984 National League champion San Diego Padres and 2001 World Series-winning Arizona Diamondbacks. "Once you get into ninth grade, they start keeping up with academic achievements. There are a limited number of athletic scholarships, but what they don't understand is that there is an unlimited number of academic scholarships. That's a big point with me when I'm talking to kids."

Exposure to scouts is important, Earnhart says, as well as skill -- the big part of the equation.

"It's a progression of things as far as leading to where you're going to be," he said. "An 18-year-old who is finishing and going to college, it takes a pretty good skill level to go play at that level, whether it's Division I, Division II or even a two-year school. It takes tools and skills. For a 16- to 17-year-old ... work on the skill level to get to the point when you're a senior, you're going to attract attention. You have to do something to attract attention."

Running speed and arm strength are two of the five baseball tools Earnhart said attracted him to a prospect and would give him an idea of whether a player can improve on the other three -- hitting, fielding and power.

Ryan Stinson, Pine Bluff's head coach, is coaching in the league on his home field.

"It gives you the chance to see if you are able to be a prospect," he said. "On a scouting end, we have Bill Earnhart and Jeff Gross, so those guys know what it takes to get to the next level. It's just giving the kids an opportunity to further their careers."

Stinson's nephew, R.J., finished his first full freshman season at William Carey University, a National Association of Intercollegiate Athletics program in Mississippi, with a conference championship and berth in the national tournament this spring. His 2020 season was interrupted because of the pandemic.

"It's a great opportunity, first for me to be able to come back and play at my alma mater field," the third baseman and left fielder said. "I think it's the start of a great organization that could be very helpful in upcoming years." 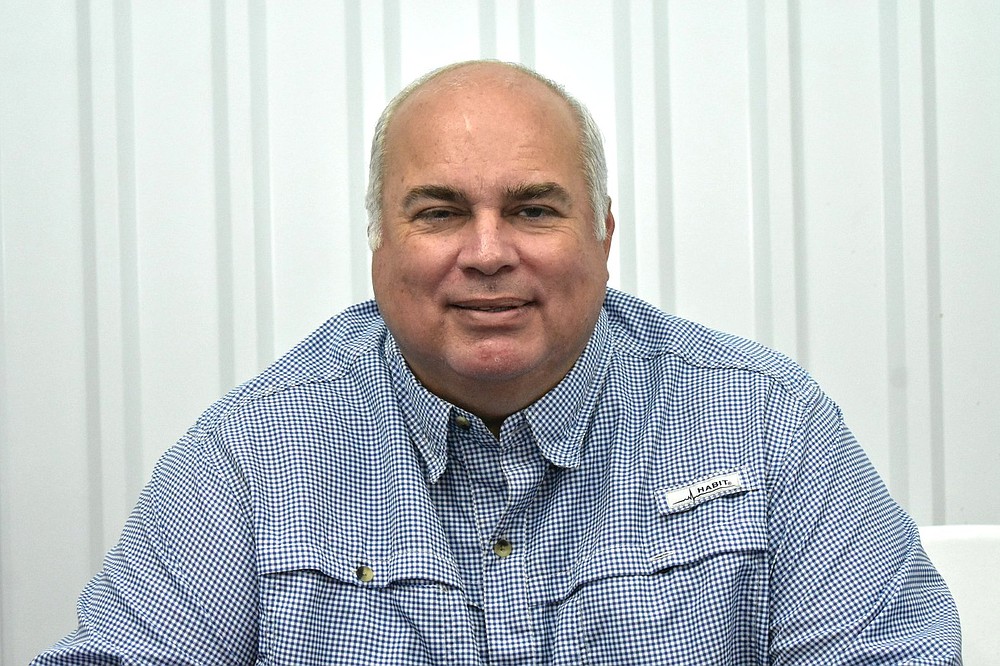 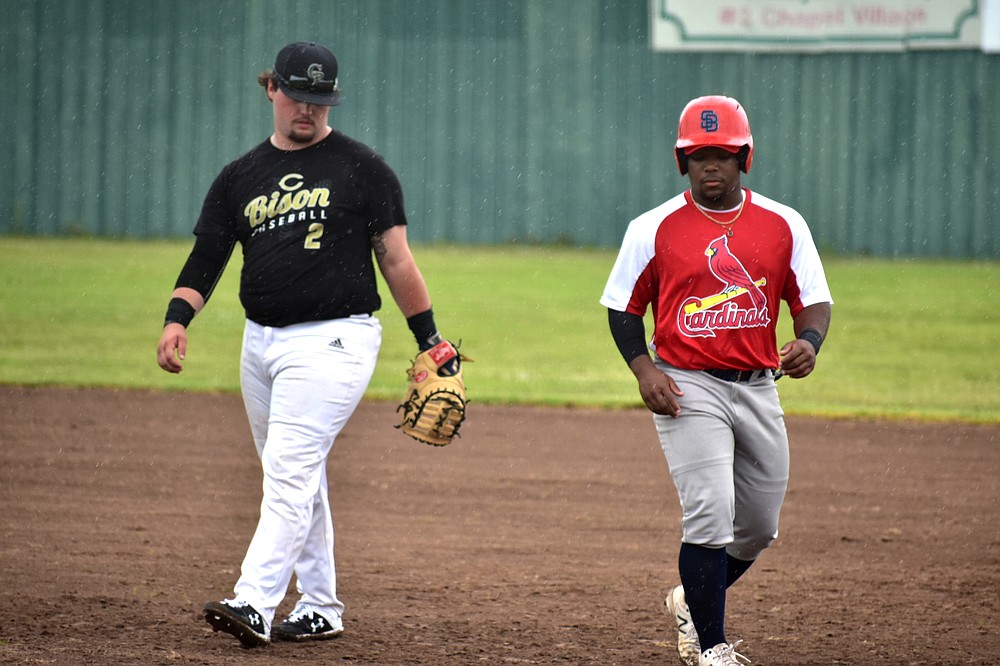 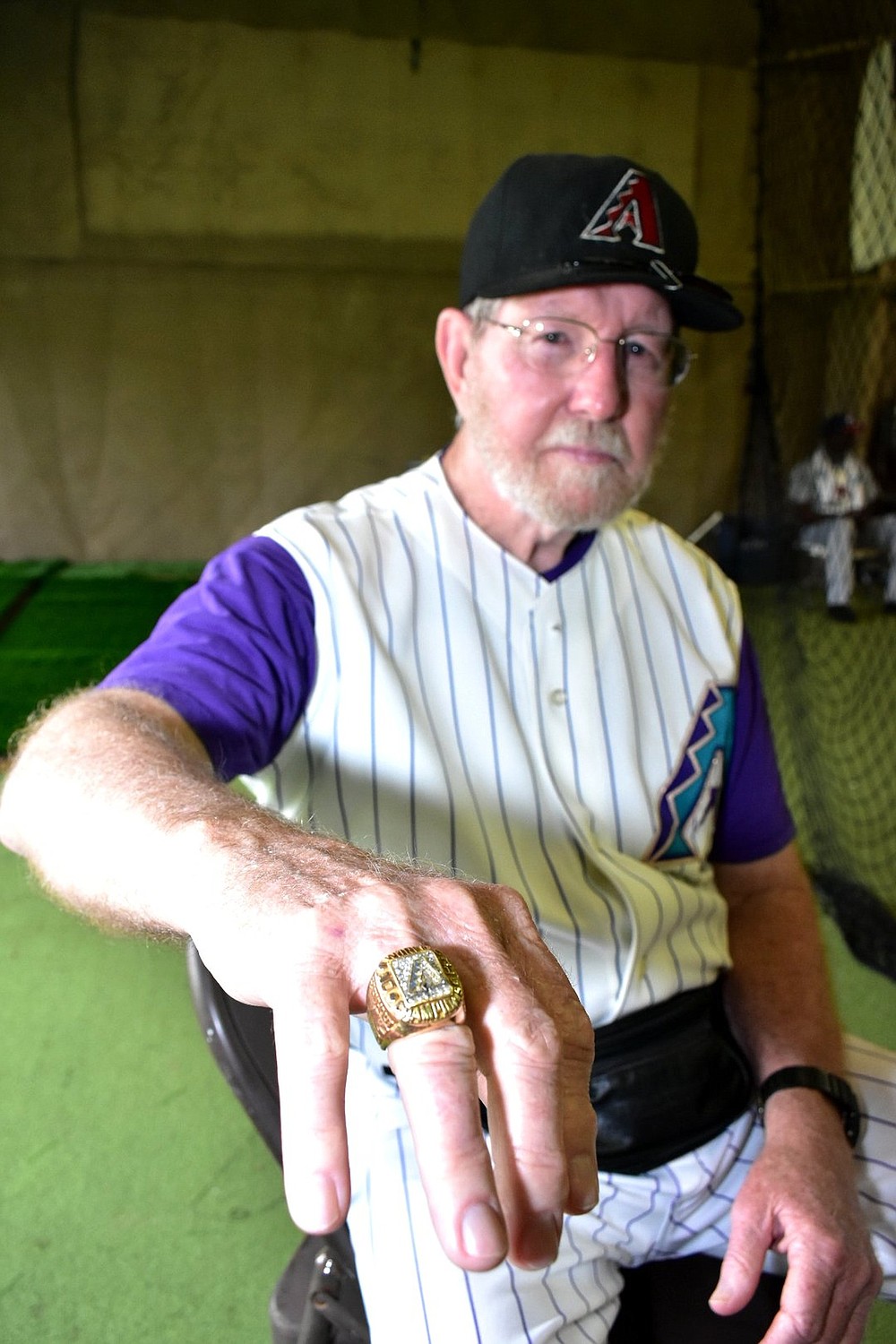