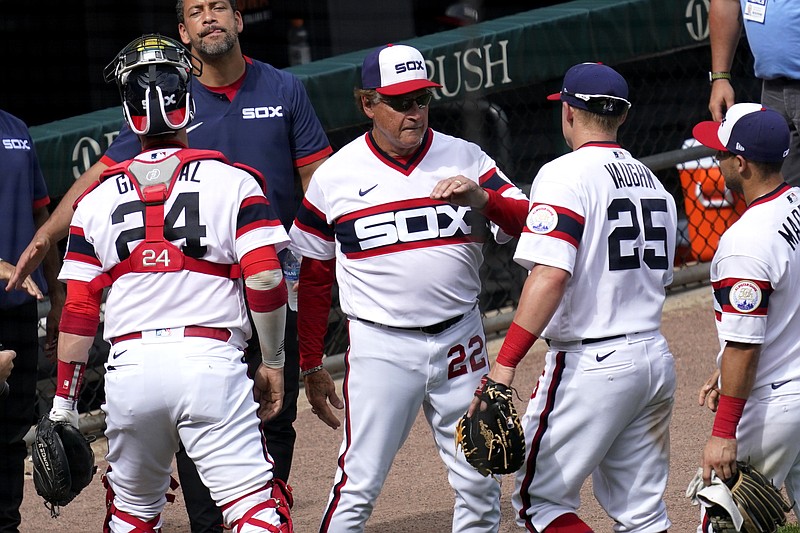 CHICAGO -- Tony La Russa credited a long list of mentors. He paid tribute to his players, staff and family. He talked about working with strong ownership and front offices over the years.

For La Russa, it was their moment just as much as it belonged to him.

"There's a lot of pieces to this day," he said.

La Russa moved past John McGraw into sole possession of second on baseball's manager wins list, directing the Chicago White Sox to a 3-0 victory over the Detroit Tigers on Sunday.

It was win No. 2,764 for La Russa, who was hired by Chicago in October for his first managerial job since he led St. Louis to the World Series championship in 2011. It has been a bit of a bumpy ride so far, but the 76-year-old Hall of Famer has the White Sox on top of the AL Central.

The crowd of 20,068 cheered as La Russa's accomplishment was announced after the win, and he responded by waving his hat and clapping toward the fans in appreciation.

While La Russa got into a public disagreement with Yermin Mercedes last month, drawing in teammates Tim Anderson and Lance Lynn on the side of the rookie slugger, La Russa's players also seemed to enjoy the accomplishment as they greeted their manager in the postgame handshake line.

"The most important part of this season so far is the way the players have included me as part of the family," La Russa said.

Center fielder Adam Engel said he got his jersey out of the laundry for La Russa to sign, and pitcher Dylan Cease also praised the manager.

"It's pretty legendary to say that we get to play for him," Cease said. "He's calm. He's funny. It's nice having him at the helm."

Second on the list is almost assuredly the highest finish for La Russa, who also began his managerial career with the White Sox in 1979. The top spot belongs to Connie Mack with 3,731 victories.

"It's beyond sacred. Unattainable," La Russa said when asked about Mack's total.

La Russa watched as Chicago won for the 10th time in 14 games. Cease (4-2) struck out 10 in seven sparkling innings, and Anderson had two hits and two RBI.

Detroit right-hander Jose Urena (2-5) allowed 3 runs and 6 hits in 5 innings in his first big league start since May 26. He had been sidelined by a strained right forearm.

RED SOX 6, YANKEES 5 (10) Xander Bogaerts hit a two-run single with two outs in the 10th inning, and Boston held off New York for its first three-game sweep in the Bronx since June 2011.

TWINS 2, ROYALS 1 Minnesota first baseman Miguel Sano swooped in to catch a popped-up bunt and start a triple play in a victory over Kansas City.

PHILLIES 12, NATIONALS 6 Stadium workers using tractors scrambled to hoist the protective netting behind home plate after it suddenly collapsed while Trea Turner was batting in the eighth inning. No one appeared to be hurt in the mishap, which caused a 20-minute delay. J.T. Realmuto hit his 100th home run as Philadelphia defeated Washington.

REDS 8, CARDINALS 7 Jesse Winker hit a tiebreaking home run off Alex Reyes in the ninth for his second three-home run game this season, and Cincinnati completed its first four-game sweep of St. Louis since May 4-7, 1990. 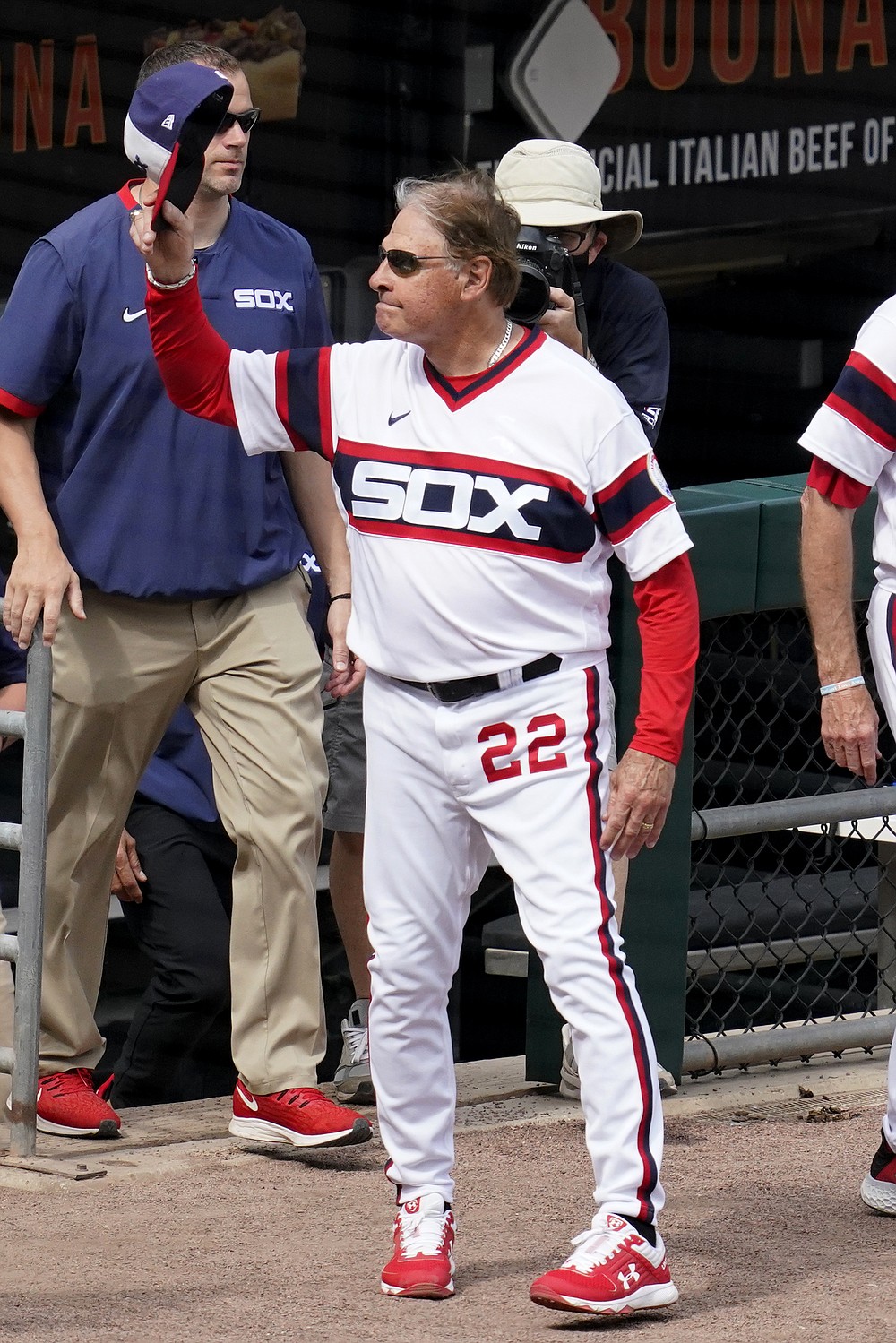 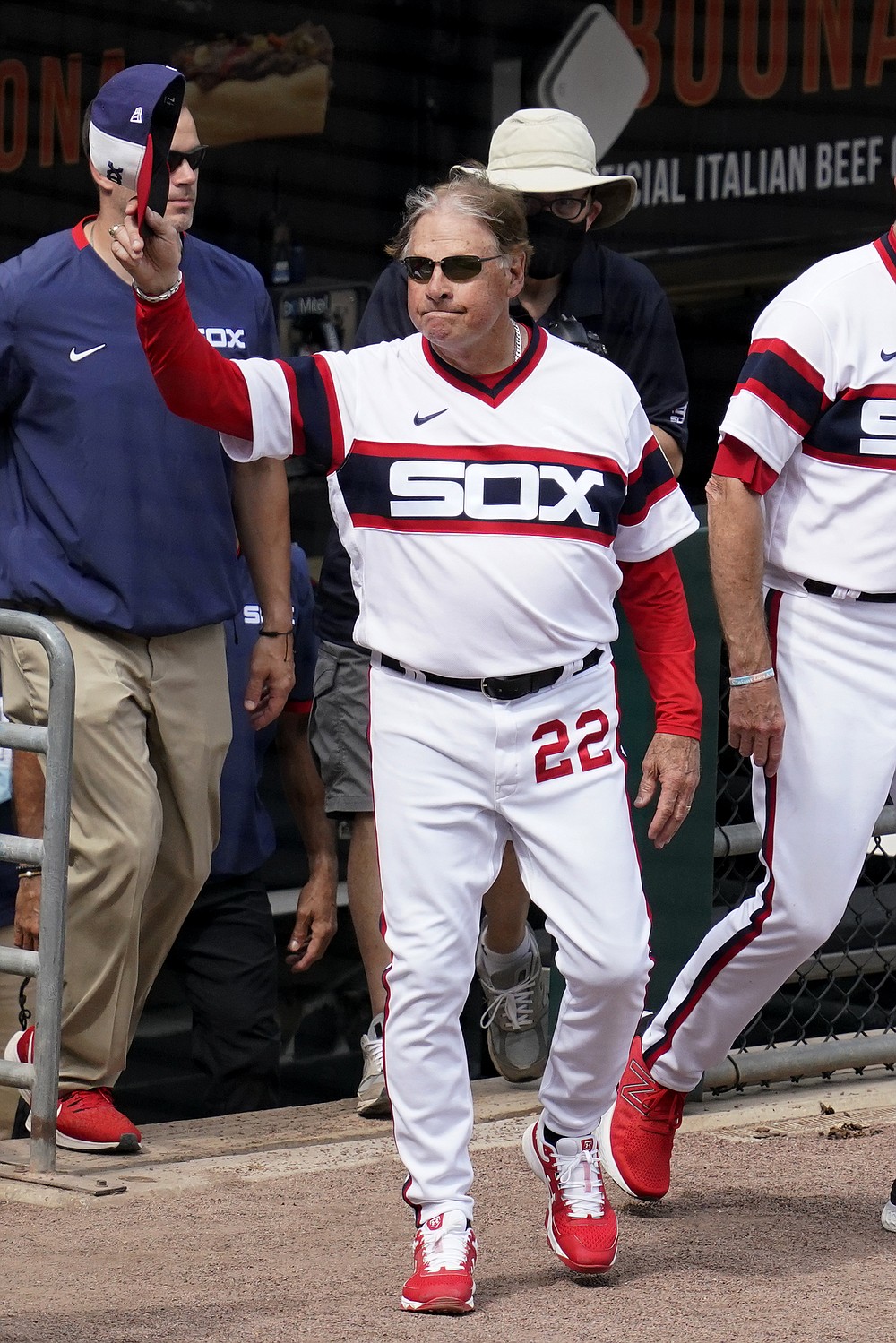 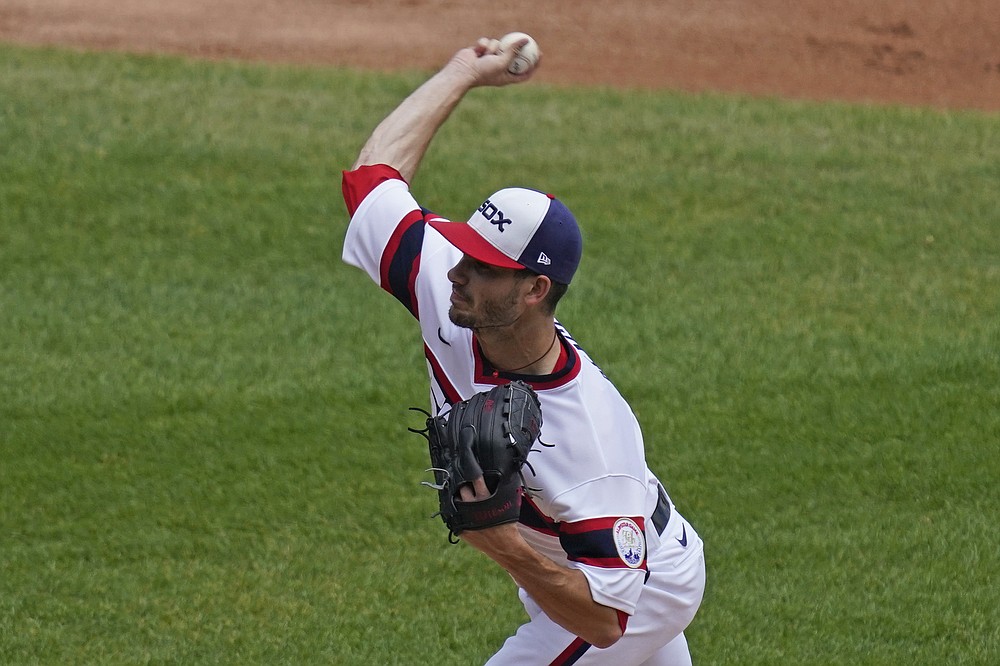 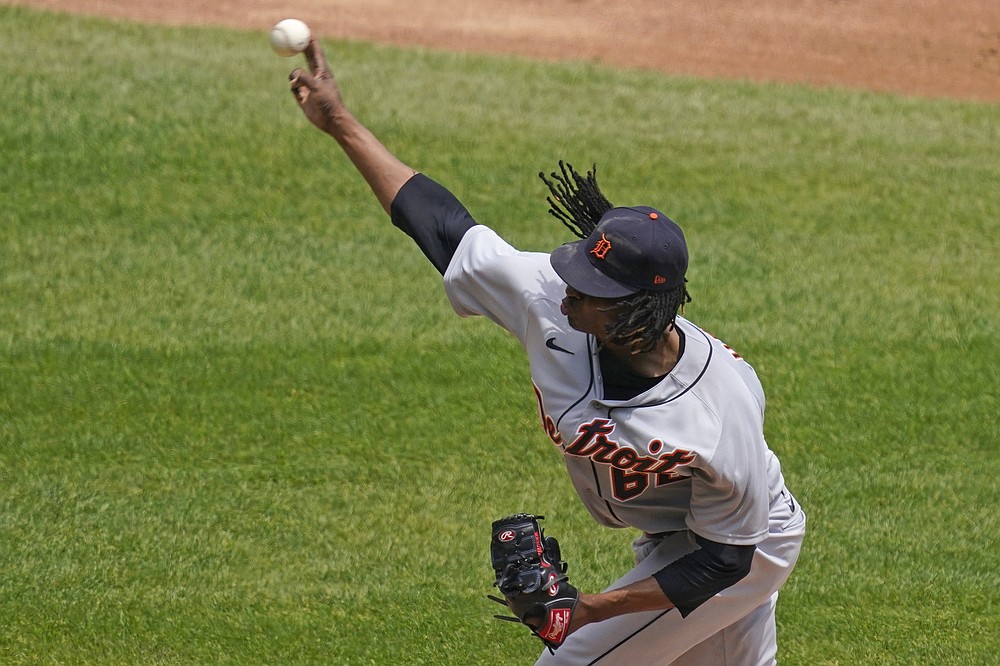 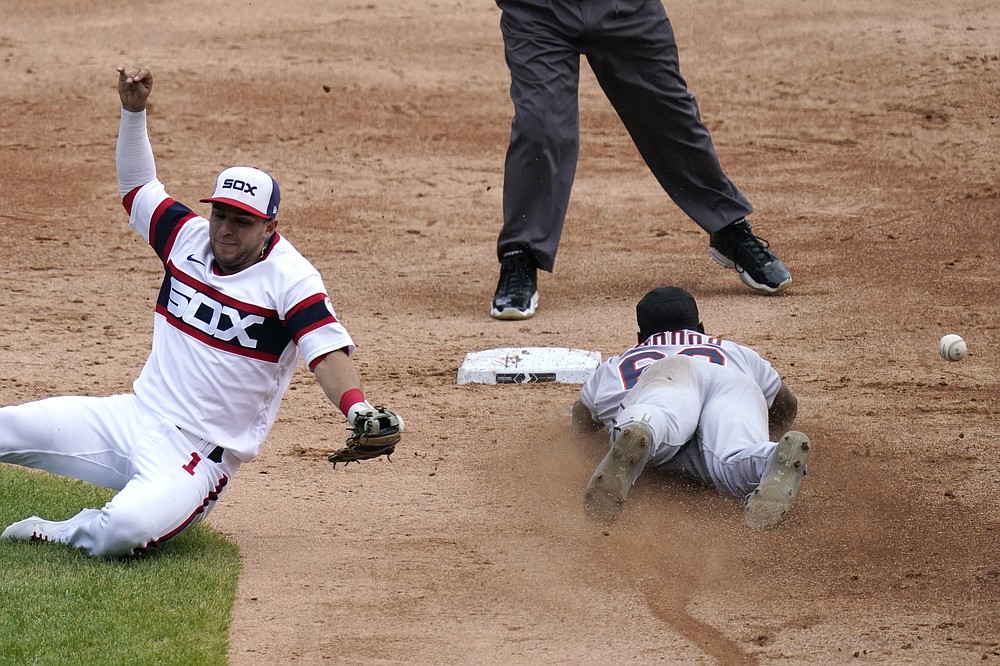 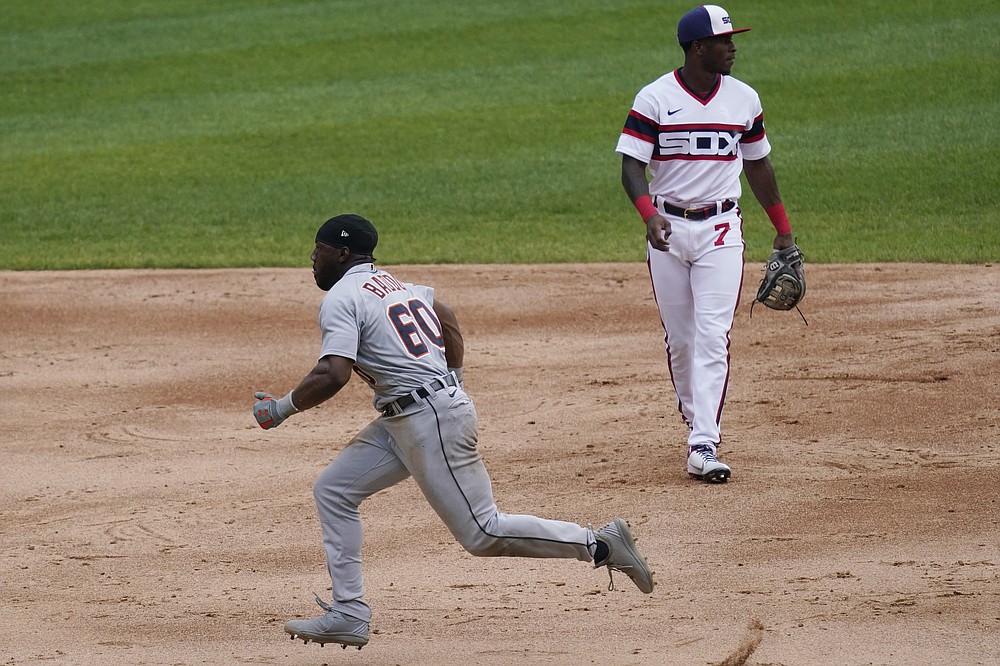 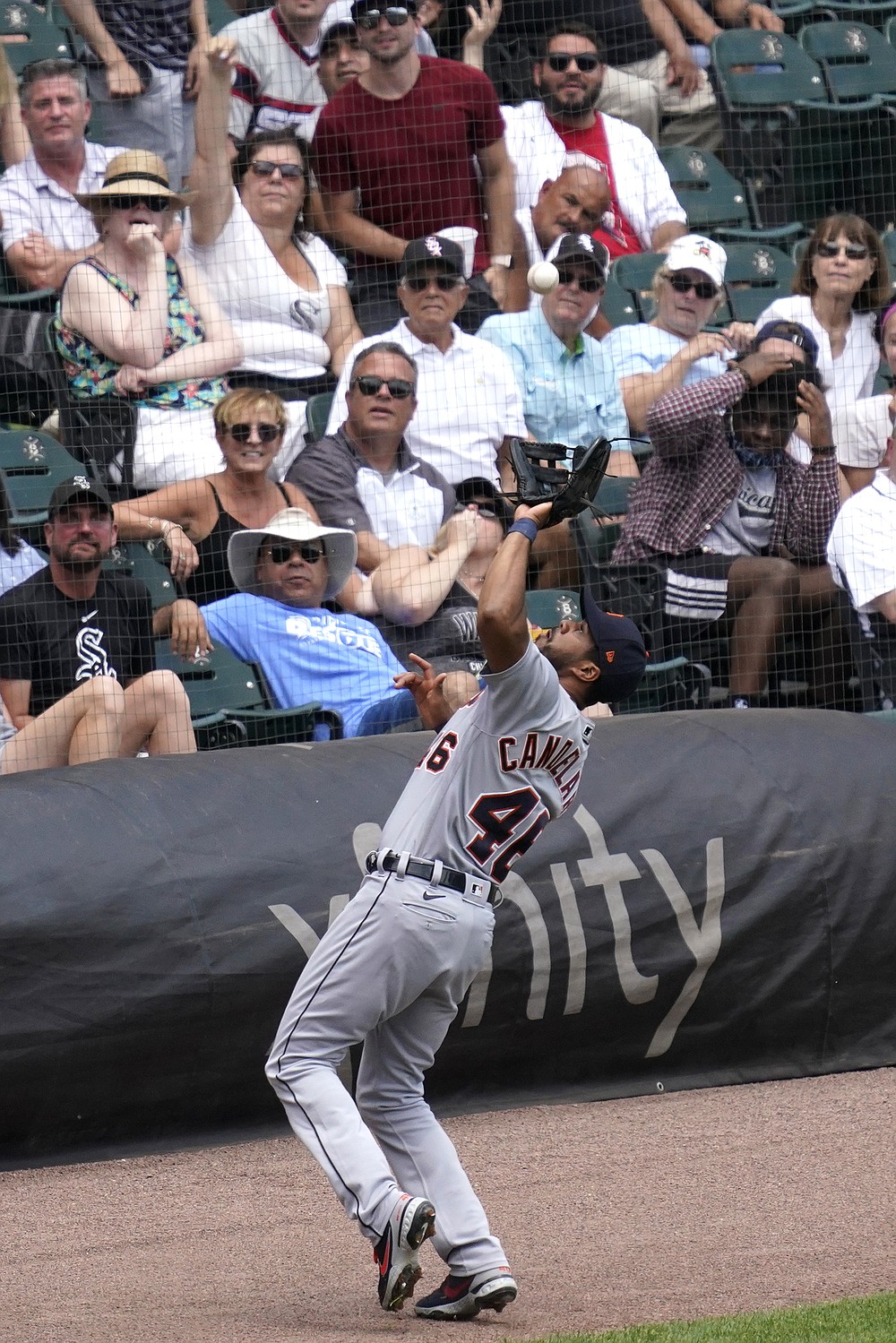