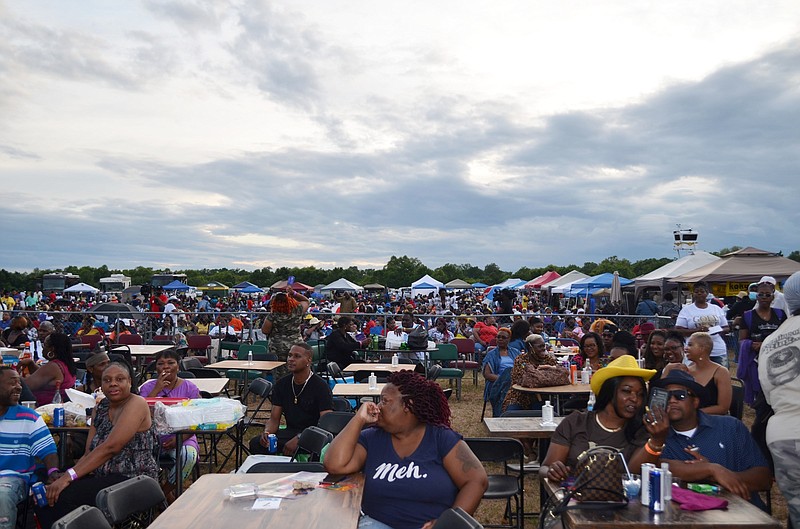 In the full-to-capacity, 30-acre Cook Family Park, some 4,000 fans turned out near Altheimer to see eight entertainers perform Saturday night. (Special to The Commercial/Richard Ledbetter)

Five o'clock Saturday evening marked the kickoff for another Pine Bluff/Altheimer Blues Fest. The family style festival was begun in the late '80's by local legend Sam Cook. Cook was a well-known car salesman with Smart Chevrolet and ran the Duck Inn.

After Cook died in 1999, the annual festival has carried on under the guidance of Cook's close friend, Shirley Richards, a Pine Bluff beautician and longtime proprietor of the Duck Inn. The occasion takes place each June in her 30-acre pasture just west of Altheimer.

Beneath a sky filled with rolling, gray clouds, this year's lineup of entertainers took the stage in front of an audience of 4,000 strong.

One feature artist was Ms. Jody, who said she also shares a birthday, Nov. 30, with Blues legend Bobby Rush, she said.

She shared her introduction to the Southern Soul movement.

"I was born in Chicago and raised in Bay Springs, Miss.," Ms. Jody said. "I attended my first show like this in 2004. Afterward, I told my brother, 'I'm going to do that.' I started in 2005 and kept praying and writing. Then I met Mr. Leo Johnson and William Day from the band Total Control out of West Memphis. They took me on and after that, one door after another kept opening for my career. It's hard work and a lot of travel but I truly enjoy doing what I do."

One of the top stars for the evening was Baton Rouge native Calvin Richardson.

"I've been doing this for 10 years now," Richardson said. "My sound is a little more Soul and R&B than just straight Blues."

Besides being a consummate performer, Richardson is a songwriter whose original composition, "There Goes My Baby," received a 2010 Grammy nomination. When he took the stage, the full-to-capacity crowd came out of their seats and stayed standing the entire performance.

Before closing, the evening returned to its Blues origins with a command performance by Arkansas native and Malaco recording artist Billy "Soul" Bonds.

"I knew Sam Cook well because he sold me several cars," Booker said in an interview. "He was a great man and something of a visionary. He wanted to put Pine Bluff and Altheimer on the Blues map. He had a dream to build something to follow in the path of so many other Blues events like the King Biscuit Fest in Helena and others that were happening across Mississippi. He did a lot of research before starting the fest. This thing began at Pine Bluff's Hestand Stadium. But what Sam really wanted was to hold the event in a large field like what he had witnessed in Mississippi. He acquired this property and it relocated out here 20 years ago."

One thing that helps make something like this successful is knowing one's strengths and weaknesses, Booker said.

"Mrs. Shirley recognized where she needed assistance and reached out to me around 2007," he said. "She asked if my marketing team and I could help with promoting the show. I've been doing radio now for over 33 years and have learned quite a lot during that time. We promote this evening on radio stations in Helena, Greenville and Texarkana to a target audience all across the Delta and South Arkansas."

With the addition of social media, organizers have taken the event to another level and managed to grow the event considerably for the past decade.

"At least 65 to 70% of the people here aren't from the Pine Bluff area," Booker said. "Folks come from California, Detroit, Texas, Louisiana and everywhere to be part of this experience. The genre on the program now has evolved away from strictly Blues to a new movement called Southern Soul. These artists have cut a path that falls somewhere in the middle between R&B and Blues. They draw a younger, well-traveled, more aggressive audience than your traditional Blues crowd. The one true Blues artist here today is local legend Billy 'Soul' Bonds."

Booker said organizers introduced a new 'Legends Award' this year that honored Bonds, Mrs. Shirley and a 90-year-old gentleman named Luther Jasper Jr., who has been coming out to bush hog the field before every event since it moved to Altheimer.

"Our MC is Little Rock comedian Keith Glason," Booker said. "We can't thank the Jefferson County Sheriff's Department enough for all their help making this thing run safe and smoothly. In a field like this with all the rain we've had, their efforts with parking and pulling a few stuck folks out made logistics a little less challenging."

Oct. 2 will see festival goers returning to the Cook Family Park field for this year's Pine Bluff/Altheimer Fall Fest. Nine additional live bands will take the stage over the course of that day's event. 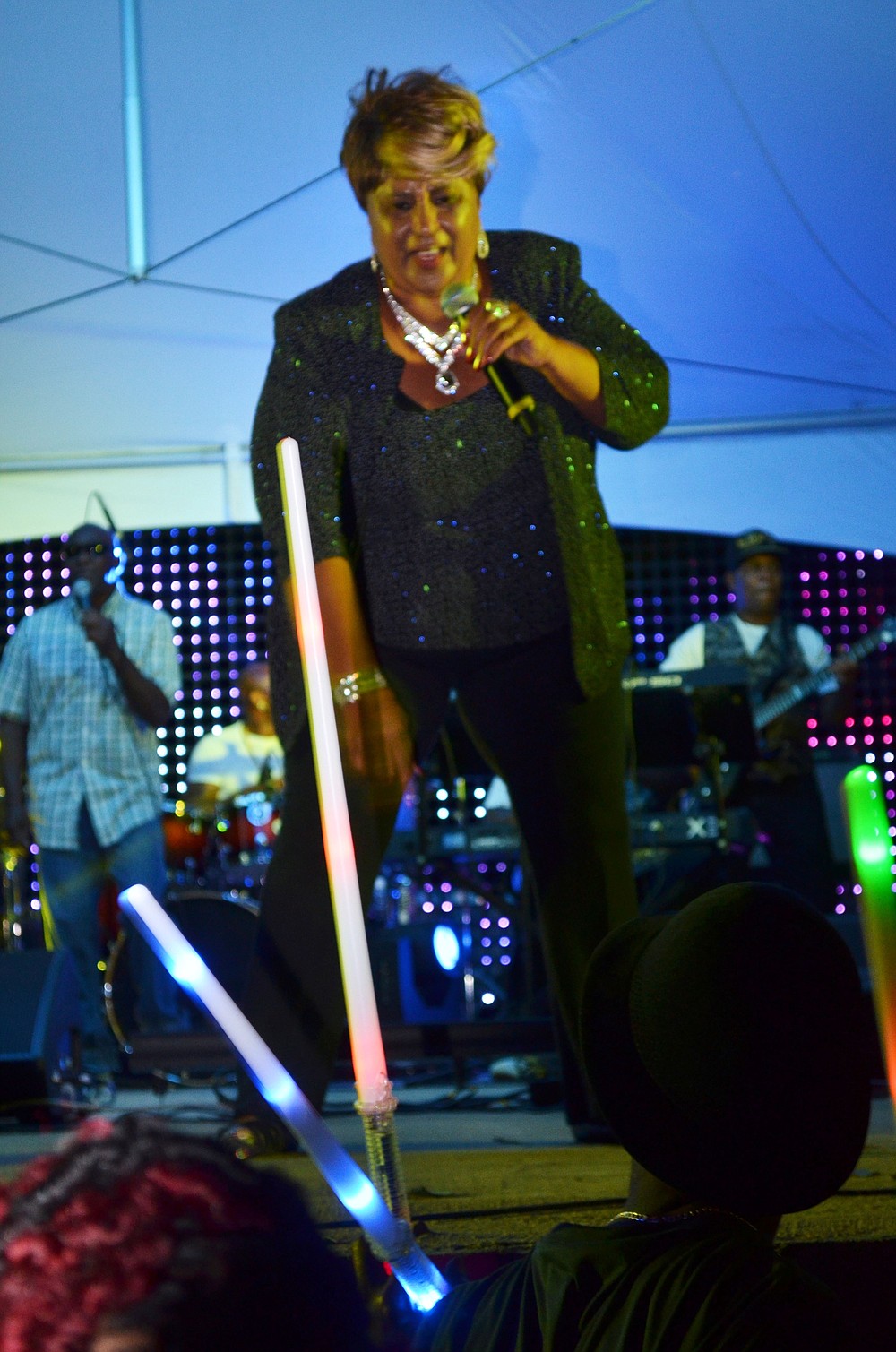 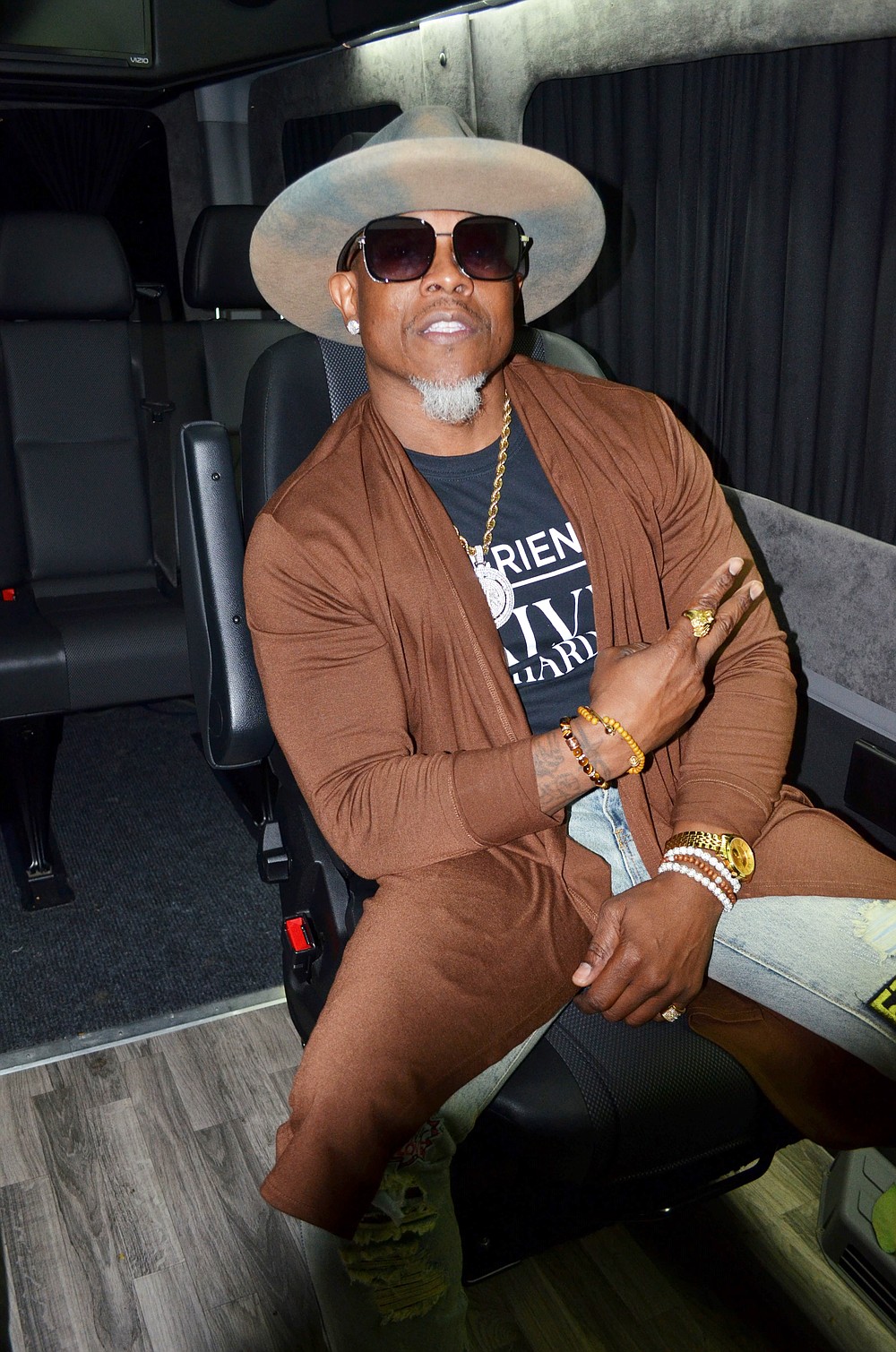 Special guest entertainer and Grammy nominee Calvin Richardson is a rising star in the Southern Soul movement. (Special to The Commercial/Richard Ledbetter) 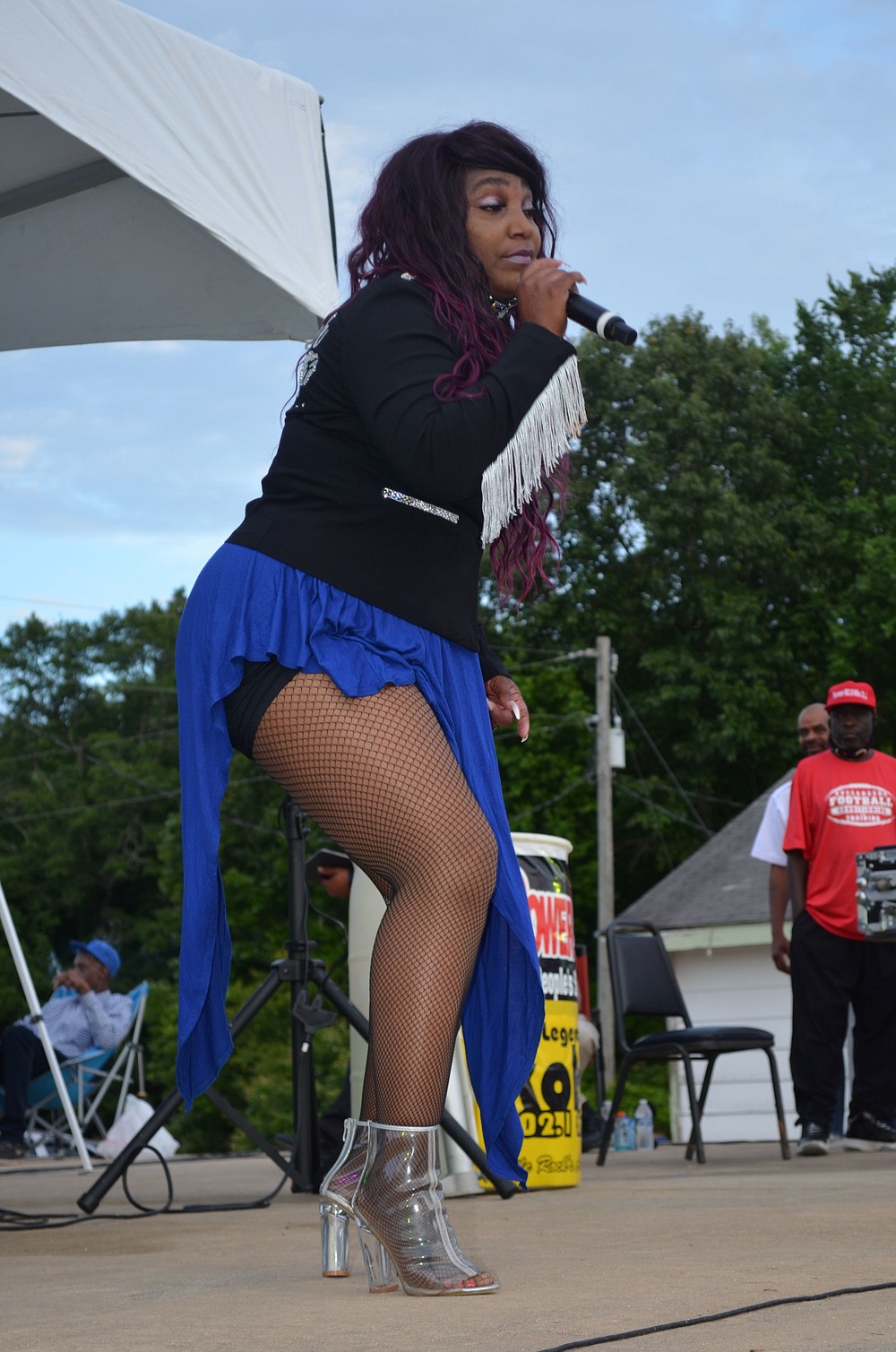