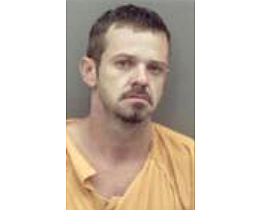 Pine Bluff police and Jefferson County sheriff's deputies are investigating two homicides that occurred in the past two days, although a suspect has been arrested in one of the incidents.

A 36-year-old man died Sunday night at a local hospital after officers found him in front of the residence at 2120 S. Maple St. with apparent gunshot wounds. Police responded to the shooting about 9:15 p.m., and the victim, identified as Brandon Dement, died shortly after 10 p.m. at Jefferson Regional Medical Center.

"The identity of the shooter or shooters and the circumstances of the homicide are under investigation," police said in a news release.

It's the year's eighth homicide in Pine Bluff.

In another incident, a man with a Pine Bluff address was booked into the Jefferson County jail after a Saturday morning shooting in the 10200 block of Sulphur Springs Road that left a 35-year-old Mabelvale man dead. Sheriff's deputies responded about 7:44 a.m. and found a man with an apparent gunshot wound to the torso.

The victim, identified as Zakary Chumney, was pronounced dead at 8:51 a.m. at Jefferson Regional. Sheriff's deputies said the body was sent to the state Crime Laboratory.

Bradley Scott Hartley, 34, who has a Pine Bluff address, was booked into the county jail at 7:46 p.m. Saturday, according to the jail log. He was arrested on suspicion of first-degree murder and possession of a firearm by certain persons.

Sheriff's officials say Hartley fled into a wooded area south of the residence armed with a gun. The Arkansas Department of Corrections K-9 team searched the area but did not locate him, according to the sheriff's office.

Hartley then contacted the sheriff's office and surrendered at a nearby home, authorities said. He was taken into custody without further incident.