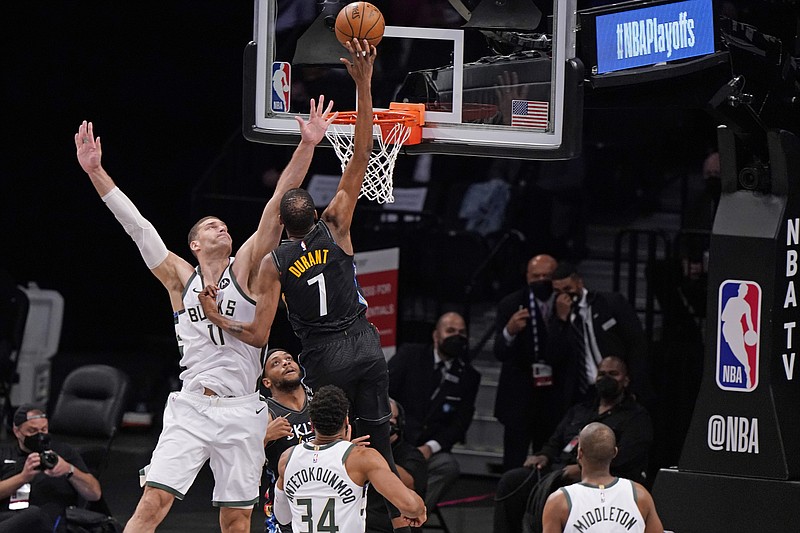 NEW YORK -- Kevin Durant left Giannis Antetokounmpo in his tracks and got to the rim for a reverse layup, with James Harden coming way off his baseline spot to cheer.

Harden may be hurt, but the Brooklyn Nets are showing no hint that they miss him.

And the Milwaukee Bucks don't seem capable of stopping it.

Durant scored 32 points in three quarters of a top-to-bottom blowout that sent the Nets halfway to the Eastern Conference finals with a 125-86 rout on Monday night.

The Nets led by as much as 49 in their most lopsided playoff win ever and held the NBA's highest-scoring team 34 points below its season average.

Irving added 22 points and Bruce Brown filled in nicely for Harden with 13 points and six rebounds.

The Nets broke down the Bucks' defense off the dribble all night, setting up uncontested shots that they mostly made. Brooklyn shot 52% from the field and was 21 for 42 from three-point range.

The Bucks swept their first-round series against Miami but need a big turnaround when they get back home to avoid being swept themselves now.

Antetokounmpo had 18 points and 11 rebounds for the Bucks, but was thoroughly outplayed by Durant in a matchup of NBA MVP winners and sat dejected on the Bucks' bench early in the fourth quarter with the game long since hopelessly out of reach.

"We feel like we're better than the way we're playing and we know that," guard Jrue Holiday said. "But at this point, we can't really be down. We've got to stay positive."

Khris Middleton added 17 points after a slow start to the series and Holiday had 13.

Game 3 is Thursday in Milwaukee, where the Bucks beat the Nets twice in May while Harden was out with a right hamstring injury.

He left Game 1 after 43 seconds with tightness of that hamstring, but the Nets shook that off to win 115-107. The Nets haven't given a timetable for his return, though he didn't appear too hurt going out under the backboard to holler toward Durant after his driving layup made it 95-65 after three.

The onslaught came quickly. A three-point game midway through the first quarter became 36-19 by the end of it after the Nets closed with a 23-9 surge. Durant scored 13 points, playing the entire quarter.

He and Irving sat to start the second but the Nets opened with a 7-2 burst to push the lead to 43-21 on Blake Griffin's three-pointer.

Griffin had the highlight play of the half, cutting along the baseline to take a pass from Brown and swoop in for the slam, with Antetokounmpo turning his head away at the last second so the ball couldn't crash down on top of him.

Who could blame the Bucks for not wanting to look?

The lead ballooned to 27 late in the half before Brooklyn took a 65-41 cushion to the locker room. 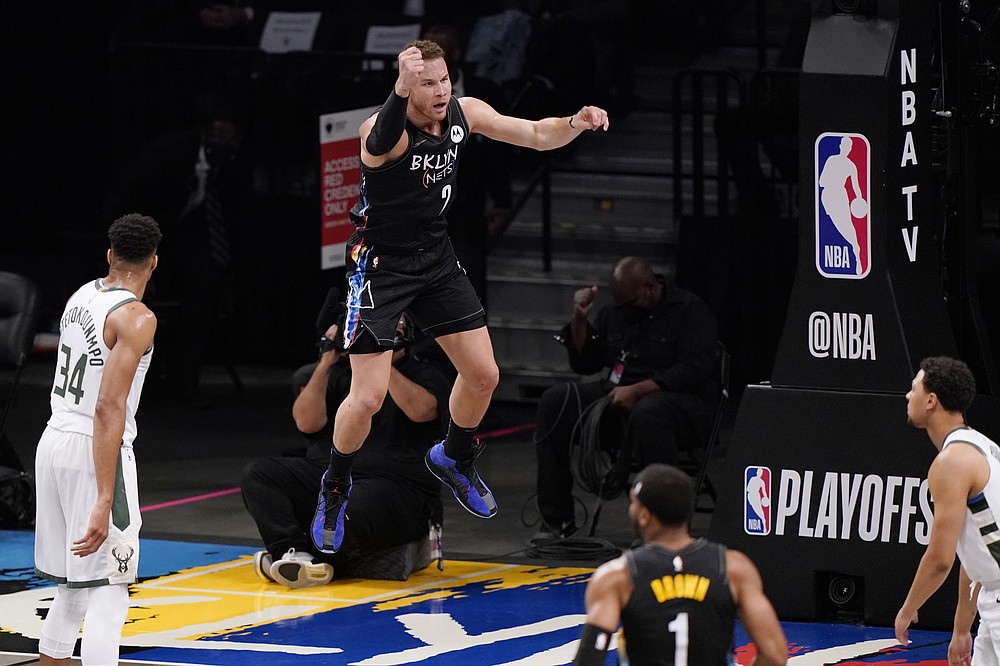 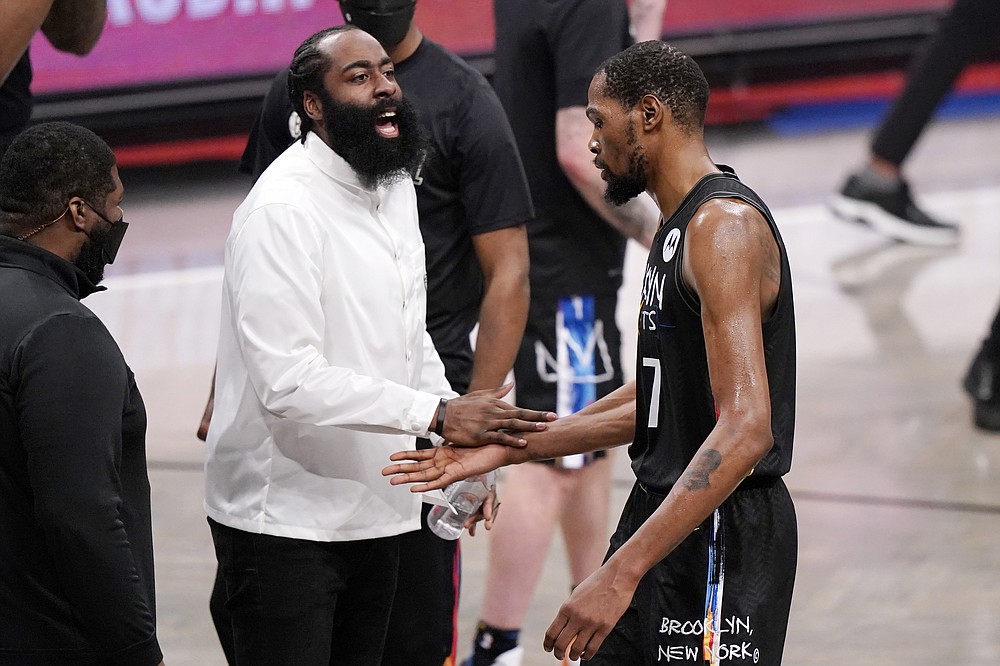 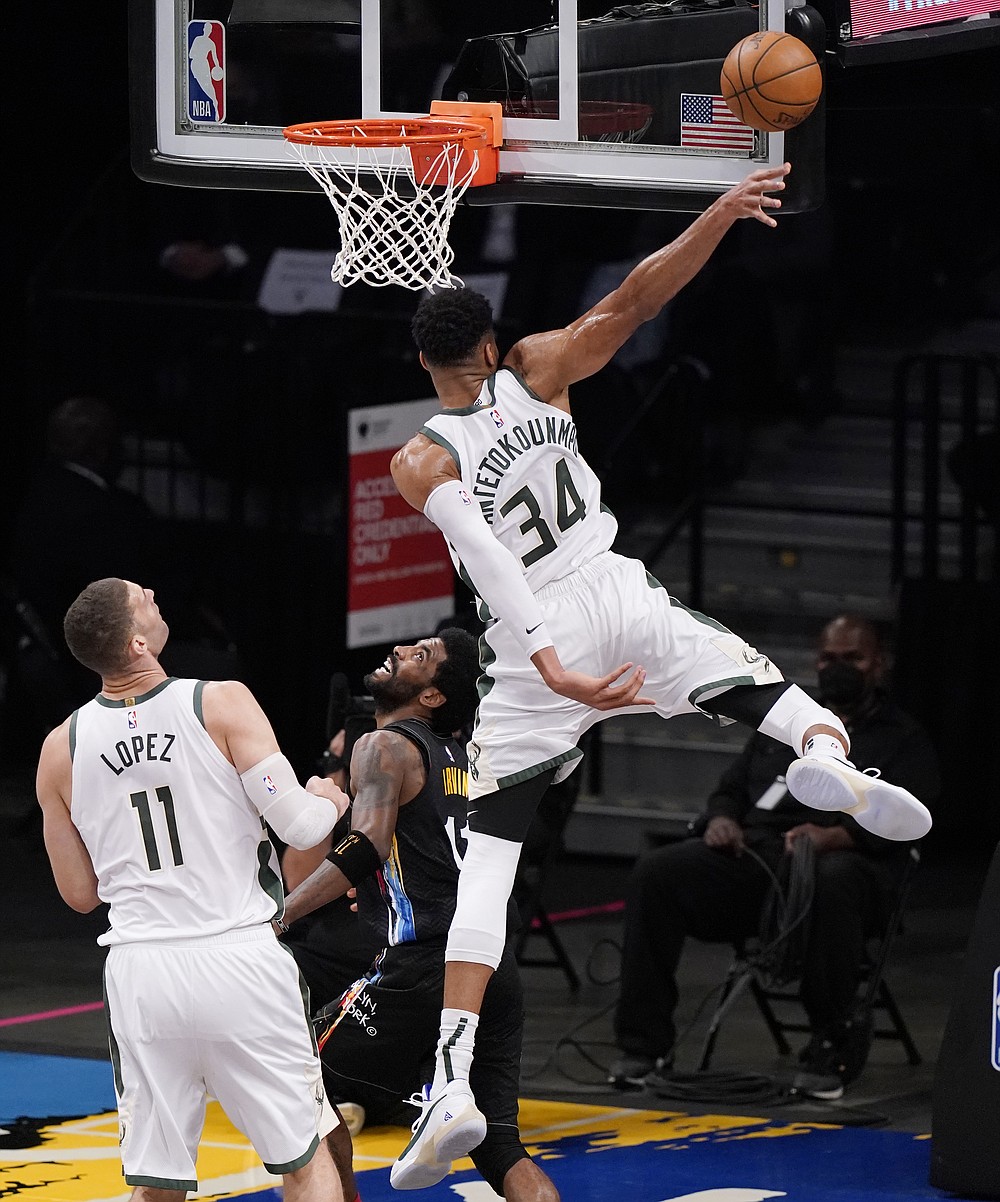 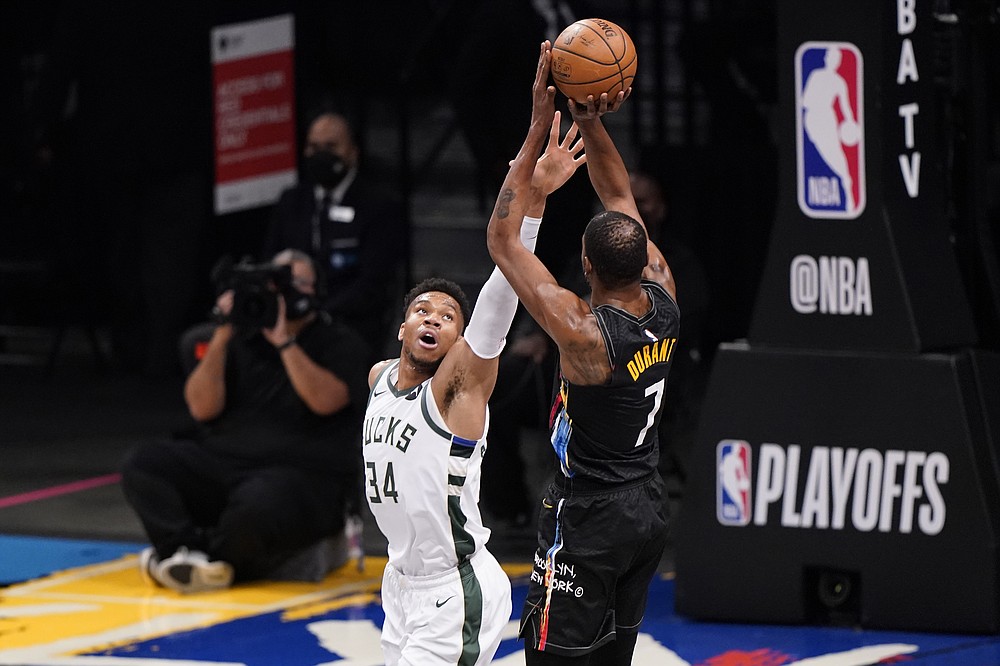 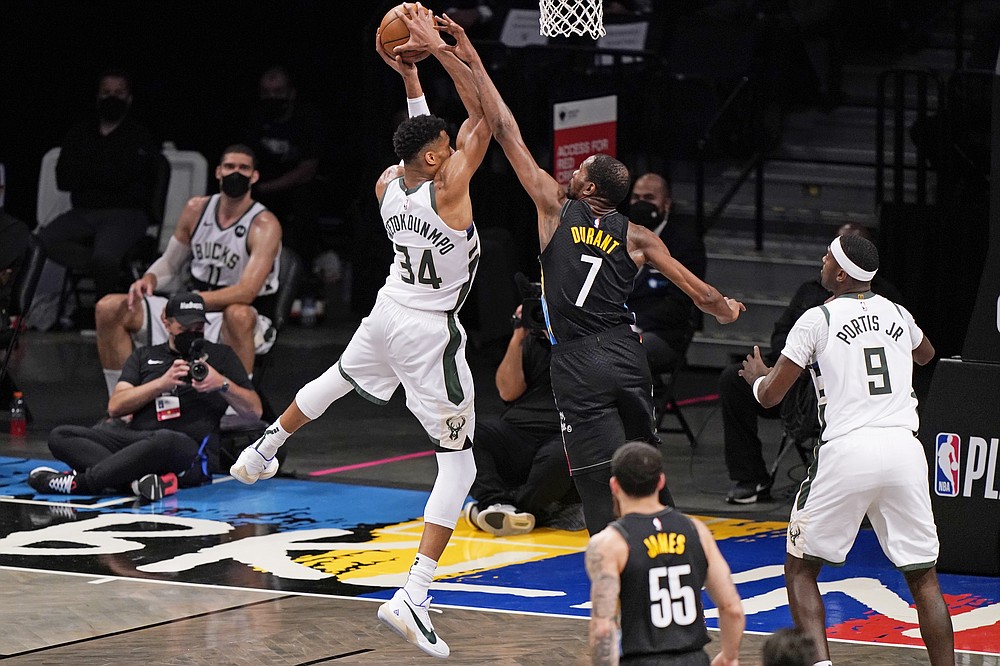