What we know about the Arkansas I-40 bridge closure, reopening so far 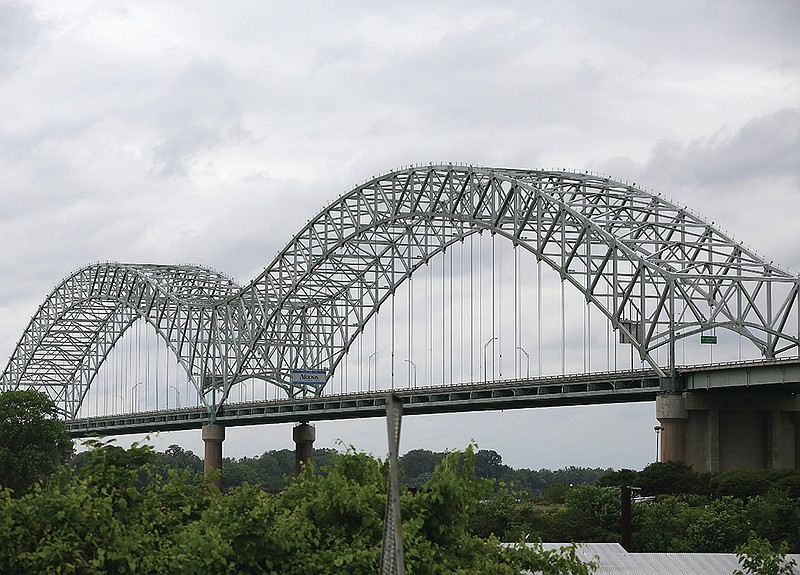 The I-40 Hernando de Soto Bridge crossing the Mississippi River connecting Arkansas and Tennessee on Tuesday, May 18, 2021. The bridge has been closed since inspectors found a crack in the bridge last week. More photos at www.arkansasonline.com/519govs/ (Arkansas Democrat-Gazette/Thomas Metthe)

Since the Interstate 40 bridge over the Mississippi River at Memphis was closed more than three weeks ago due to a cracked beam, transportation and state officials have been working to find out what caused the fracture, how to fix it and when the bridge can reopen.

Here’s what we know so far.

What’s wrong with the bridge?

An inspection team from a civil engineering firm discovered a significant fracture in one of the four 900-foot beams supporting two of the bridge spans near the Tennessee side of the river by chance on May 11. The state had hired the firm to inspect the suspension portion of the bridge.

The Arkansas Department of Transportation confirmed the fracture has existed since at least 2019. The bridge has been closed to traffic since the crack was found, but the river below has reopened to barges.

A bad weld is suspected as the cause of the fracture, according to the transportation department.

Why wasn’t it discovered sooner?

The state said it fired an inspector due to negligence shown by the man and his team during annual inspections of the I-40 bridge in 2019 and 2020.

Officials said the machinery the inspectors use -- called a snooper -- allows them to drop from the deck of the bridge to the beam and move so they can be within arm's reach of any portion of the bridge they are inspecting.

The terminated employee was not extending beyond the point of the drop-down, they said, so he did not see the crack.

How will the beam be repaired?

In Phase 1, personnel worked 24 hours a day over a five-day period beginning May 21 to attach two fabricated steel plates to each side of the fractured beam to stabilize the bridge enough for permanent repairs.

The second phase will involve cutting out and replacing the damaged beam, as well as inspecting the bridge for any additional issues that need to be addressed before reopening.

When will the bridge reopen?

Officials have not given a firm timeline yet, but the Tennessee Transportation Department said it expects the bridge to be closed at least through July, if not into August.

It will take time for new parts to be fabricated and delivered, not to mention installed, and ultrasonic testing, which will be done to detect any cracks invisible to the naked eye, may take weeks, possibly further delaying reopening.

Read about the materials on order to repair the bridge from transportation reporter Noel Oman. If you have any questions about the I-40 bridge or other related topics, please send them to us and a reporter may answer them in an article.