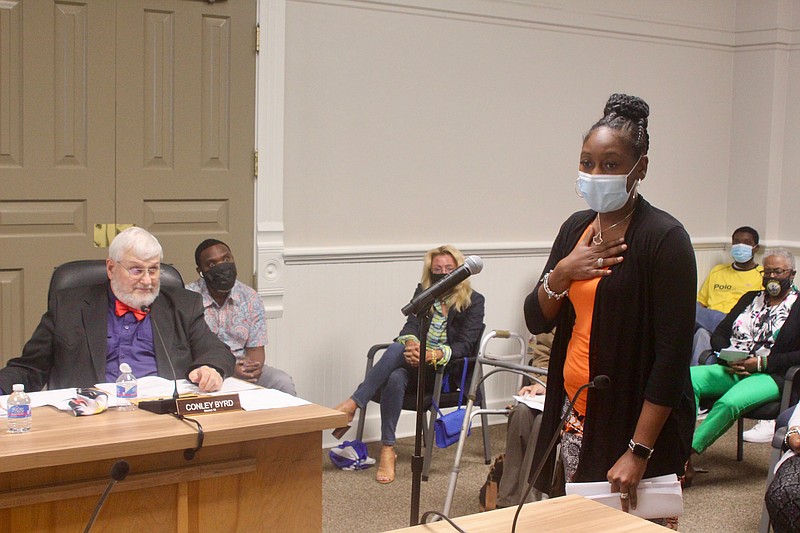 At Monday night's Quorum Court meeting, justices of the peace voted down one after another, with a few exceptions, the requests from county department heads to fill positions that had become vacant. The justices of the peace cited the fact that there is a hiring freeze in force right now across all of county government.

In order for a proposal to pass, nine votes are needed, a threshold that most position requests failed to reach.

The vote to fill the deputy collector position in the tax collector's office was the first to fail.

Next up was the voter registration clerk. County Judge Gerald Robinson said that position could have been filled under the exemption clause of the hiring freeze ordinance. According to Robinson, the clerk had an employee leave the deputy clerk position. Still, the request failed.

Justice of the Peace Glenda Daniels, who attended the meeting via Zoom, felt the move made by Taggart went against the hiring freeze ordinance.

"The voter registration clerk was moved over into that position because the deputy clerk would have fallen under the hiring freeze, so it would have been easier to bring the voter clerk before the Quorum Court to be hired because it's under the exempt clause," said Daniels, who added that she felt the position should not be filled. "What I'm seeing here is a total disregard for the legislation and the ordinance and the resolution that this Quorum Court put in place."

Daniels also suggested that when it comes time to vote, the same employee can resume her duties as a voter registration clerk.

In Taggart's response, she said her office pays all of the county's bills and that when her employee left, she made that decision based on the needs of her office.

"It wasn't done to circumvent the process," said Taggart. "My girl left in accounts payable. ... The county still had to run. I couldn't stop, bills still had to be processed, and she's still not getting paid for that position that she is doing."

Despite Taggart's effort to defend the move, justices of the peace still voted against filling the vacant position.

Two cook positions, one for the detention facility and the other for the juvenile justice facility, were approved unanimously.

The request to fill the vacant position in the civil and small claims division also was approved.

Justice of the Peace Alfred Carroll suggested the Quorum Court review the emergency ordinance so it doesn't have to deal with transfers or rotations of personnel, or with hiring people to fill positions where funding has already been allocated versus people trying to add additional staff members.

"I really was under the impression that the initial ordinance was for people trying to add additional staff," he said. "I think until we get that clarified in our ordinance through an amendment, we're going to continue to face the same thing the rest of the year."