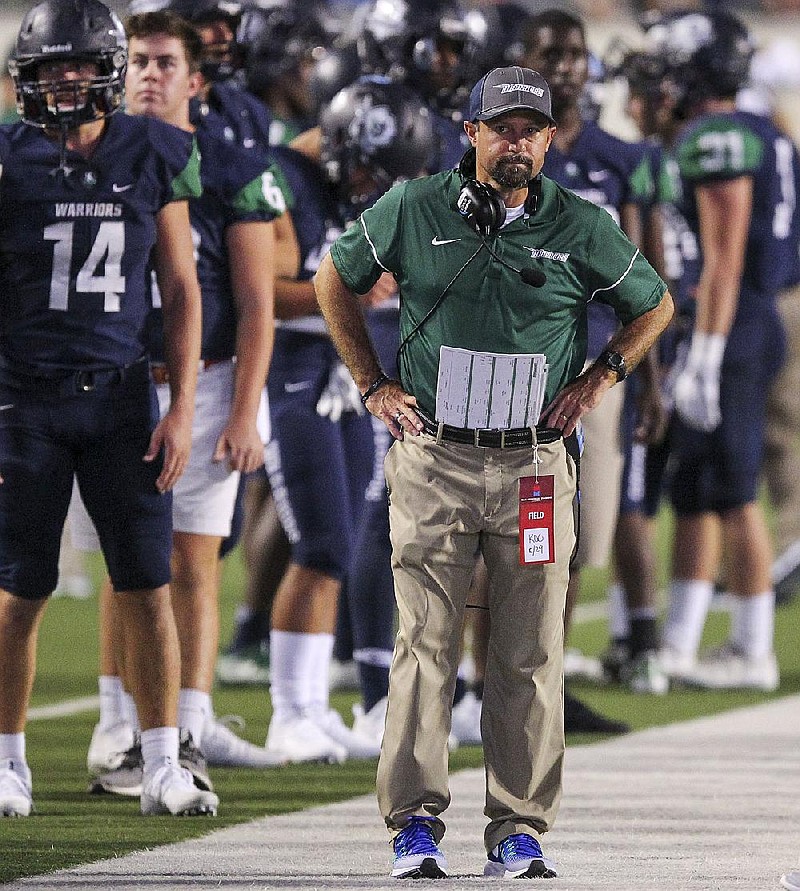 The Arkansas Activities Association's Board of Directors began its annual summer workshop Tuesday in Little Rock by approving its Competitive Equity Factor proposal.

The formula, which will go into effect starting with the 2022-23 academic year -- after the AAA completes its biennial realignment next summer -- would push a "dominant" private school team up an additional classification based on its performance over the previous four seasons.

One of the programs that have already guaranteed itself that "dominant" label, regardless of results this season, is Little Rock Christian's football team. The Warriors were Class 5A champions in 2018 and runners-up in both 2019 and 2020, earning them 10 total points (four for a title, three for each second-place finish).

"I'm a very pragmatic person," Little Rock Christian football Coach Eric Cohu said. "From day one with this ... I've said I'm just going to read and react to what happens and do the best with my program no matter what classification we're in."

The final vote count, according to the AAA, was 157 member schools in favor of the proposal and 28 against. Cohu confirmed that Little Rock Christian was one of the 28 to vote down the Competitive Equity Factor, but he explained that, at least from his personal perspective, it was not simply because the change would move his team up an additional classification.

Under the new rules, a team would only be labeled as "non-competitive" and be moved down a classification if it compiled two or fewer points over the preceding four seasons. So, a team that finished with a winning conference record in at least three seasons or had at least one playoff win and another winning season in that span would remain in that higher classification even if it was not "dominant."

The AAA will continue its meetings today, as the board is scheduled to formalize its realignment numbers ahead of next summer. It will also confirm its 2021-22 calendar, which begins Sunday, July 4.