Democrat offers no give on election-bill opposition 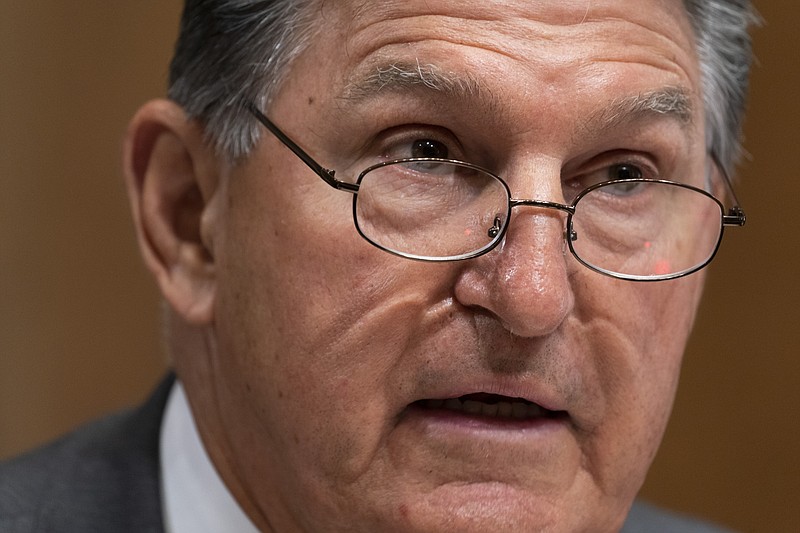 WASHINGTON -- Sen. Joe Manchin was unswayed Tuesday by civil-rights leaders who implored him to rethink his opposition to a sprawling election bill that House Speaker Nancy Pelosi, D-Calif., said is crucial to countering a "Republican assault on our democracy."

Manchin, a Democrat from deeply Republican West Virginia, told reporters, "I don't think anybody changed positions," in a meeting he described as "excellent." A participant said Manchin was "fairly well dug in."

[Video not showing up above? Click here to watch » https://www.youtube.com/watch?v=QHRXJIT4js8]

The bill, known as HR1, is a top priority for Democrats and is viewed by many in the party as the antidote to a wave of Republican-backed laws being passed on the state level that restrict people's ability to vote. It touches on almost every aspect of voting and was already passed by the House.

But Manchin threw a wrench into the works Sunday when he said he would oppose it. That effectively dooms the measure in a narrowly divided Senate, where Republicans universally oppose it.

His decision sent voting-rights groups and members of his own party scrambling for options, raising the odds that no voting legislation would pass Congress to address what experts say is the greatest attack on voting rights in generation.

Manchin has said "inaction is not an option" when it comes to voting rights. But he has exasperated fellow Democrats and voting-rights groups by insisting his support for any legislation would be contingent on Republican support. He also opposes eliminating the 60-vote requirement to break a filibuster, a step that would allow Democrats to pass the legislation without Republican votes.

"We may get to a point where the dialogue reaches a dead end," Marc Morial, one of the civil-rights leaders who met with Manchin, told CNN. "And Joe Manchin was fairly well dug in."

Now Democrats and voting-rights groups are grasping for an alternative.

Senate Majority Leader Charles Schumer, D-N.Y., said Democrats were "open" to making changes to the bill that could make it more palatable to Manchin. "As long as it does the job," he told reporters at the Capitol, while renewing his commitment to taking the measure to a floor vote later this month.

The future of the measure was also the subject of a "frank and candid" discussion Tuesday during the Democratic caucus lunch, said Sen. Dick Durbin, D-Ill. Manchin was not present for that discussion, which his office said was because of a conflicting meeting. But Durbin said Manchin is supposed to provide a list of criteria that he will and won't accept.

Pelosi, meanwhile, has told House Democrats there is no substitute for the bill.

"It is my hope that the passage of (the bill) will create a legacy for all of us who want to strengthen our democracy," Pelosi wrote in a letter to colleagues.

Some advocates said they're willing to follow Manchin's suggestions and get behind a narrower piece of legislation known as HR4 that updates the Voting Rights Act to reinstate a requirement that new voting laws and legislative districts in certain states be subject to federal approval. Others want to stay the course.

"It's going to get messy," predicted Fred Wertheimer, president of the good-government organization Democracy 21, who helped draft HR1 in 2017. "I don't believe he is prepared to go down in history as the senator that denied millions of eligible citizens, and in particular people of color, the opportunity to vote."

But Democrats are likely to run into the same roadblocks if they push the update to the Voting Rights Act that Manchin prefers.

Sen. Lisa Murkowski, R-Alaska, is the only Republican who has signed on to that approach, an indication of how politics on the issue have shifted since the Senate unanimously renewed the Voting Rights Act in 2006. And the newly aggressive constellation of conservative voting groups that mobilized against HR1 say it now will campaign to keep the GOP united against HR4 as well.

Senate Minority Leader Mitch McConnell, R-Ky., slammed the measure as "unnecessary" and called it a backdoor way for Democrats to achieve the aims of their marquee bill.

"What this rewrite of it does is grant to the Justice Department almost total ability to determine the voting systems of every state in America," he said. 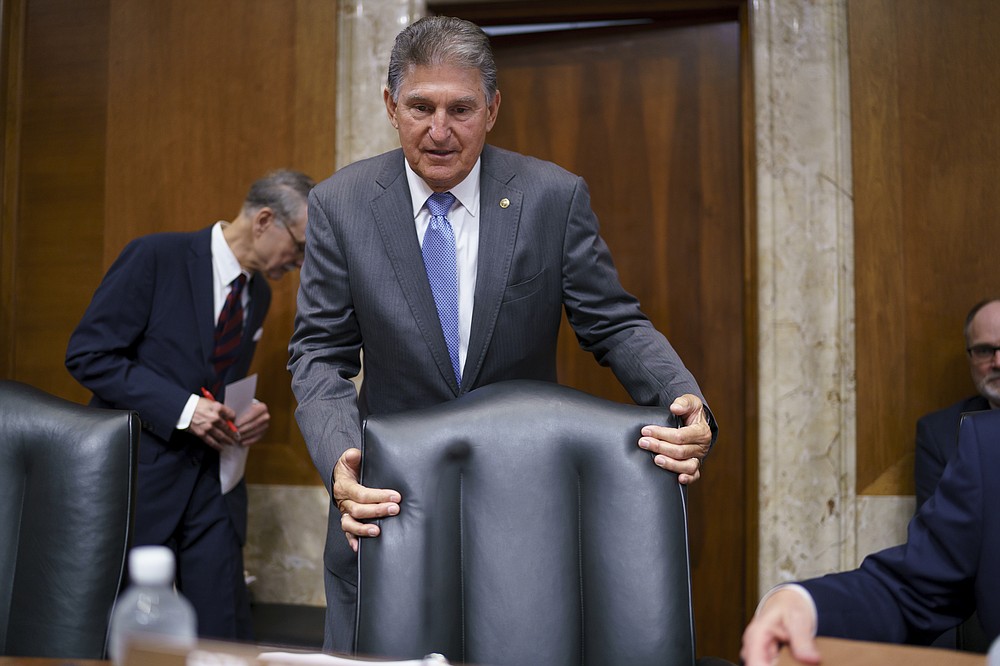 Sen. Joe Manchin, D-W.Va., chairman of the Senate Energy and Natural Resources Committee, arrives for a hearing, at the Capitol in Washington, Tuesday, June 8, 2021. Manchin, a crucial 50th vote for his party on President Joe Biden's proposals, said Sunday he would vote against federal voting rights legislation sponsored by his own party. (AP Photo/J. Scott Applewhite) 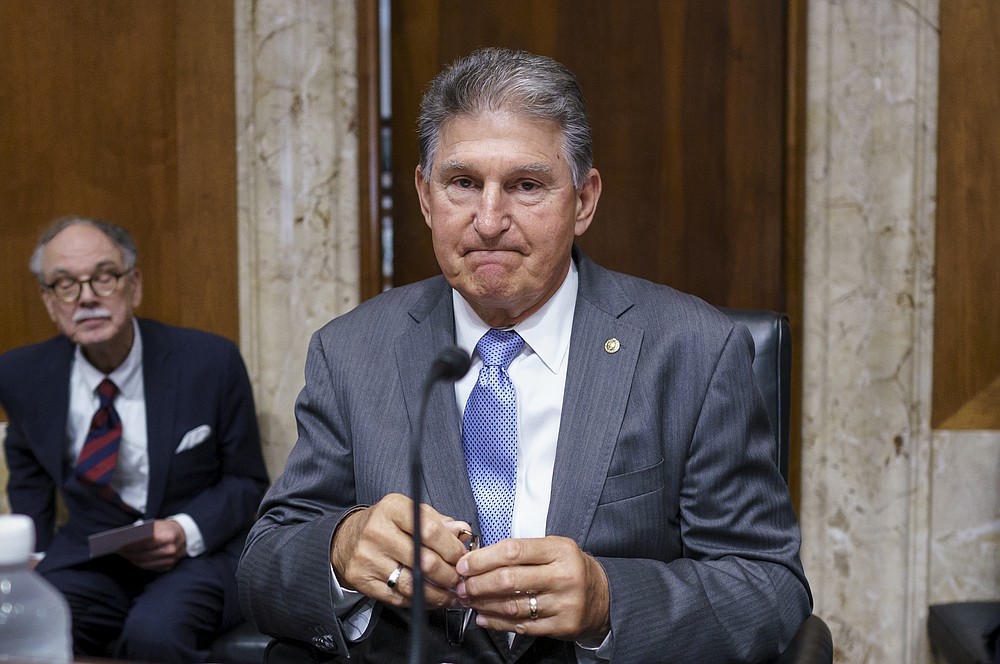 Sen. Joe Manchin, D-W.Va., chairman of the Senate Energy and Natural Resources Committee, arrives for a hearing at the Capitol in Washington, Tuesday, June 8, 2021. Manchin, a crucial 50th vote for his party on President Joe Biden's proposals, said Sunday he would vote against federal voting rights legislation sponsored by his own party. (AP Photo/J. Scott Applewhite) 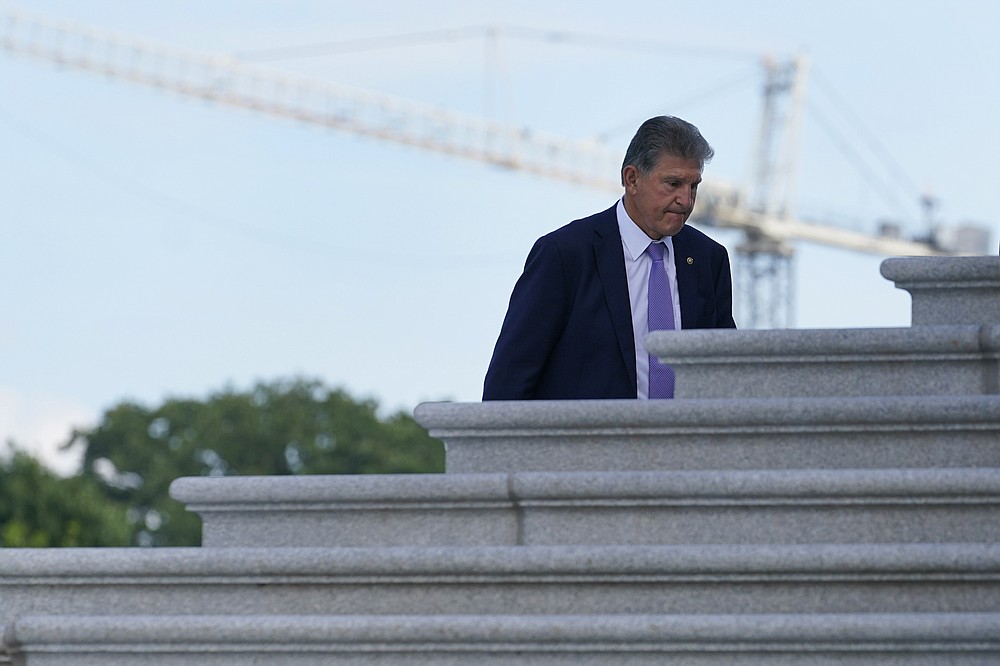