Forecasters: Up to 3 more inches of rain expected in parts of state 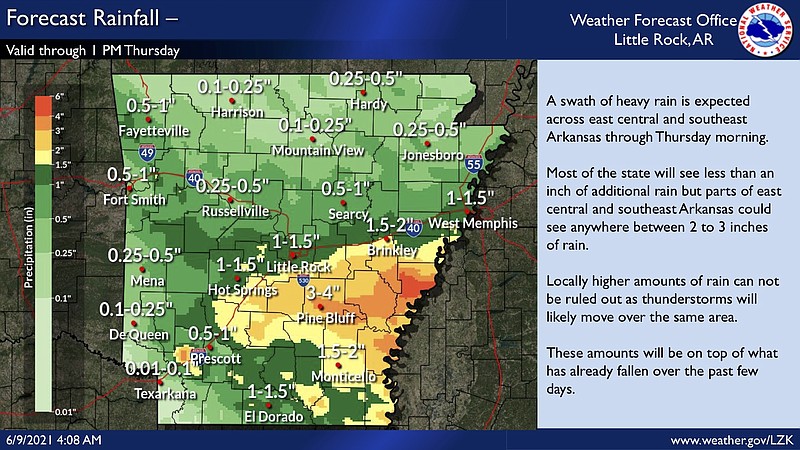 Heavy rain is expected to continue across portions of east Arkansas through Thursday morning, according to the National Weather Service.

Some of those areas, which include east-central and southeast Arkansas, may see up to 3 additional inches of rain, while most of the state can expect less than an inch, a weather service briefing states.

As rain in a large portion of the state has exceeded a foot in the past 72 hours, runoff is likely to occur quickly should heavy rainfall continue, forecasters said.

Flash flood watches remain in effect for much of the state through Wednesday afternoon.

The weather service said any additional rain through Thursday morning will contribute to an elevated flash flooding risk over much of the state. Several rivers were already flooding, forecasters said. 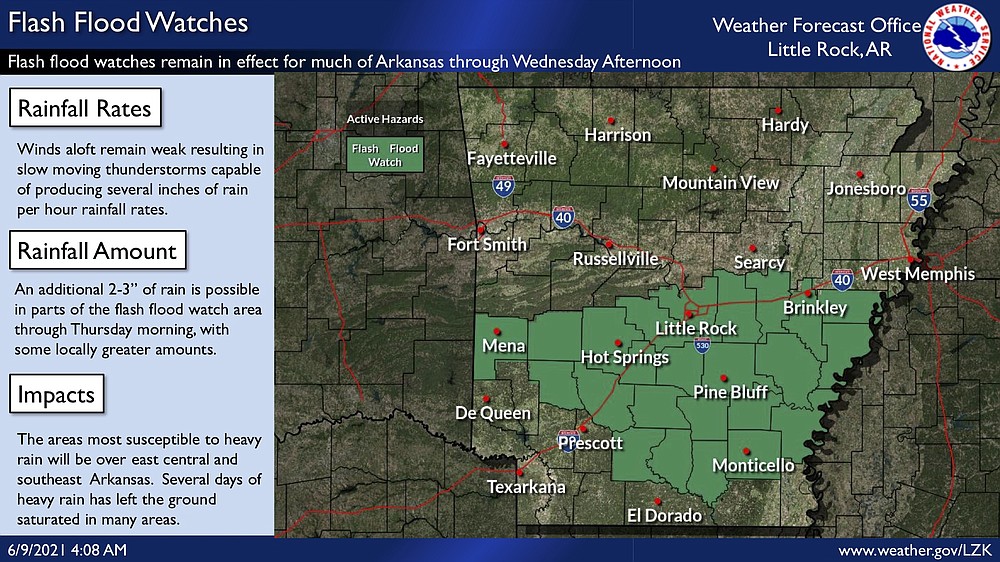 This National Weather Service graphic shows portions of Arkansas are under a flash flood watch through Wednesday afternoon.
ADVERTISEMENT