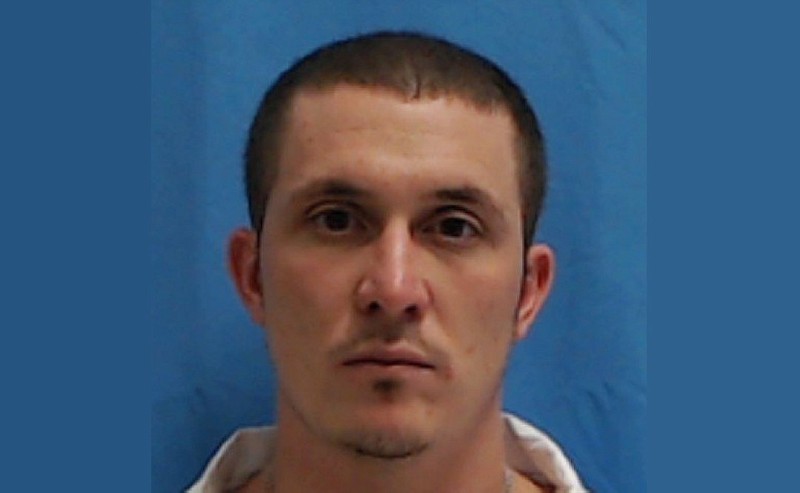 Wesley Gullett is shown in this undated photo.

A Pope County man recently sentenced to 35 years in federal prison for his leadership role in a violent white-supremacist drug trafficking organization was sentenced to an additional 18 months for a 2019 escape from a county lockup.

Wesley Gullett, 31, of Russellville was the reputed outside president of the New Aryan Empire, which got its start in the 1990s as a prison gang. The organization soon spilled out to the outside "free world" where its violence and drug trafficking resulted in 55 people being named in an indictment that included kidnapping and assault charges as well as drug trafficking and racketeering counts.

U.S. District Judge James Moody Jr. agreed to a joint recommendation of 18 months to run consecutively with Gullett's 35-year sentence, meaning that Gullett must serve out his current sentence before he can begin serving the 18-month sentence. The 18 months is a downward variance of nine months from the recommended low-end sentence according to federal sentencing guidelines. Those guidelines recommended a 27-month sentence at the low end, capped out at 33 months at the high end.

Under the terms of the plea agreement, had Moody sentenced Gullett to any term exceeding 18 months, Gullett could withdraw his guilty plea and elect to go to trial. If convicted of escape by a jury, the maximum term Gullett would have faced is five years.

Moody denied a request from Gullett's defense attorney, Leslie Borgognoni, that he give Gullett jail time credit for four months he was held in federal custody before the escape. Borgnoni argued that had Gullett's escape been considered in the racketeering case he would have been given no additional time for the escape.

"I don't think the jail credit argument makes sense because he was in jail four months before he escaped," Moody said.

Gullett and another man, Christopher Sanderson, 35, of Jacksonville, were being held for federal authorities in the Jefferson County jail in Pine Bluff when they escaped by climbing into the ceiling and out the roof on July 29, 2019. Sanderson, who was jailed on an unrelated indictment, was sentenced to 33 months in prison to run consecutively to a 15-year sentence he is serving in federal prison.

Gullett's then girlfriend, Kennan Gililland, pleaded guilty in July to aiding and abetting the escape and is awaiting sentencing. She was accused of giving the two men a ride to Pope County and providing them with supplies.

The men had piled bundles of clothing beneath the blankets in their cell to give the appearance they were asleep, then climbed into the ceiling and walked off the roof of the jail, past the fence, to escape.

Jailers didn't notice the men had disappeared until the morning of July 31, 2019. A jail supervisor and a deputy jailer were fired over the incident, which prompted a review of security procedures and staffing at the 316-bed facility by county officials.

On Aug. 1, the chief of the Dover marshal's office was driving in the city when he passed Gullett, whom he recognized, and turned around and arrested him. Later that evening, U.S. marshals and the Arkansas State Police searched for Sanderson in the Ozark National Forest near Pelsor, about 30 miles from Dover. They said he yelled out from the woods that he was ready to be picked up, saying, "I'm done."

A deputy U.S. marshal said Sanderson was extremely dehydrated and was taken to a hospital.

Gullett, at the time of the escape, was facing a number of charges related to racketeering and drug trafficking and the possibility of spending the rest of his life in prison. When he was arrested, he was seen as the outside president of the gang, responsible for directing activities the group engaged in outside prison.

The New Aryan Empire began as a prison gang in 1990 in the Pope County jail with the goal to "preserve the Caucasian race" and to protect its members from inmates of other races, according to the indictment that named Gullett and dozens of others.

Over the next two decades, membership in the New Aryan Empire -- whose members have NAE tattoos or patches -- expanded from county jails to state prisons. As inmates finished their sentences and returned to society, they spread the group's racially biased views and its criminal drug enterprise to communities in Arkansas and beyond, federal authorities said.

Most of the 55 co-defendants in the racketeering and drug conspiracy case have been sentenced or have pleaded guilty and are awaiting sentencing.

Gullett was believed to have attempted to arrange the murder of a witness who later was shot to death, and to have ordered the kidnapping and torture of two other witnesses to discourage them from testifying against another gang member in a weapons case.

Three defendants, Lesa Standridge, Marcus Millsap and Christopher Buber are scheduled to go to trial Sept. 7. A fourth defendant, Troy Loadholdt, is a fugitive, according to the U.S. attorney's office.

Information for this article was contributed by Linda Satter for the Arkansas Democrat-Gazette.