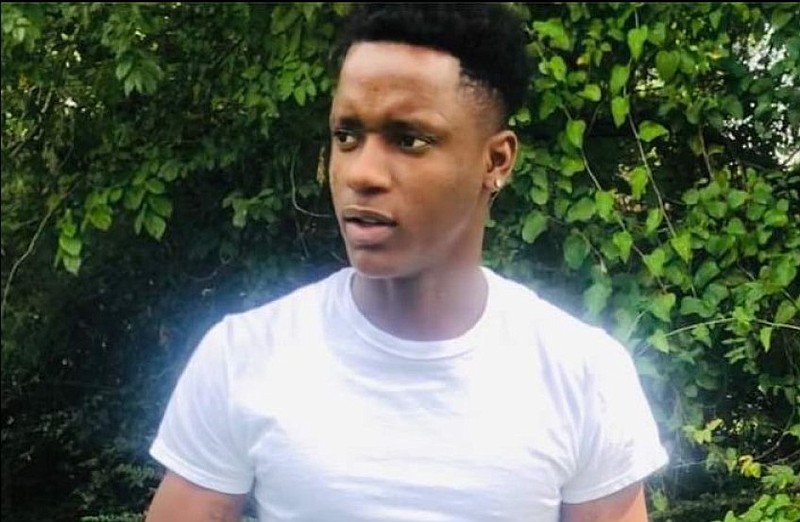 Dezmen McBride is shown in this undated courtesy photo.

What happened to Dezmen McBride?

The 18-year-old, who was being held at the Dub Brassell Detention Center, died at approximately 12:18 p.m. Saturday, and the family is seeking answers to what they describe as an emotional roller coaster to justice.

The Jefferson County sheriff's office's internal affairs division is investigating the death of McBride, who according to a news release by the sheriff's office was not feeling well after lunch and was transported by ambulance to Jefferson Regional Medical Center, where he died.

McBride's body was sent to the state Crime Laboratory, as the cause of death was not immediately apparent and is under investigation, sheriff's officials said.

Deborah McBride, Dezmen McBride's mother, has not been able to rest since she received the news of her son's death.

Deborah McBride said she only spoke to her son one time while he was detained, but she called him multiple times, only to be told he was sleeping. Now she holds on to that last conversation as she tries to cope with the death of her child while also trying to separate facts from rumors.

"The coroner came to my house and told me to go identify my baby's body," said Deborah McBride, who tried to hold back tears. "We all go up there, and he's not even there. I never saw his body."

Dezmen McBride had been in the county jail since May 21, when he was arrested in connection with a charge of terroristic acts.

Deborah McBride said a mother's intuition was telling her something was wrong. She said her son was seen by a doctor at JRMC days before. She also got word that her son was severely beaten while in custody, information that she said was coming from other detainees who witnessed the fight.

According to medical records obtained by the Pine Bluff Commercial, on June 1, Dezmen McBride was treated at JRMC for headaches and nausea. Medical records also state that he said he was hit in the head the day before.

His test results came back normal, and he was discharged with instructions to return immediately if any of the symptoms worsened.

"My son made a call asking for help because he feared he was going to die in that jail," said Deborah McBride, adding that her son called the mother of his child to tell his daughter that he loved her. "He was complaining about his head hurting. Something was done to him in that jail. How did my baby die?"

Jefferson County Sheriff Lafayette Woods said he is seeking the same answers to the question but that rumors and speculation will only slow down the process.

Woods said surveillance will be looked at during the investigation and that detainees and employees will be interviewed. Woods confirmed that Dezmen McBride got into a physical altercation but said he was removed from that environment after he got into the fight.

The events leading up to Dezmen McBride's death will also be carefully reviewed.

Deborah McBride said she believes her son was already dead before he made it to the hospital.

"How could someone that young and in good health die?" she said of Dezmen, who stood 6 feet, 2 inches and weighed 159 pounds. "My baby suffered. He was only 18."

Medical records state that Dezmen McBride was taken by emergency medical services in handcuffs while CPR was in progress and that his chief complaint was "code blue."

The physical examination showed that general appearance was unresponsive, warm, dry skin with symmetric, dilated and fixed pupils that did not react to light. His cardiovascular system had no pulse, and the final diagnosis was malignant ventricular arrhythmias, according to the medical records.

"We all rushed to the hospital, and my baby wasn't even there," Deborah McBride said. "No one could tell me where his body was, but a lady comes out and tells us that they did all that they could do."

The physician, Hamida Saba, noted in the medical document titled ED Physician Code Blue that 65 minutes of critical care time was spent on Dezmen McBride but that he remained unresponsive. The term "code blue" is typically used by medical personnel to describe someone who is experiencing cardiac or respiratory arrest.

Dezmen McBride was pronounced dead by the doctor on at 12:18 p.m. Saturday with a preliminary cause of death as malignant arrhythmia.

Records show the deputy coroner, April Jones, was notified at that time, and the release-of-the-body notification to go to the Crime Lab was given at 1:05 p.m.

"I sympathize with the family," said Woods, adding that it doesn't matter why McBride was locked up. "They have a lot of unanswered questions, but they have to understand the process has to play out in terms of our internal investigation to determine and make sure if something did happen and if there is a contributing factor or if it was medical-related."

Deborah McBride said she struggles to properly grieve as she continues to hear stories of what may have happened to her son, allegedly by other detainees and even employees. The family is seeking legal counsel.

Throughout the history of the Jefferson County jail, Woods said, transparency has always been apparent, and if the investigation proves wrongdoing on any level, it will be handled accordingly.

"We've terminated people. We've charged people that have been employees of this jail even before my time and during," Woods said. "What we have to do as leaders is investigate thoroughly, find out why it happened, and assure or minimize the threat so it doesn't happen again."