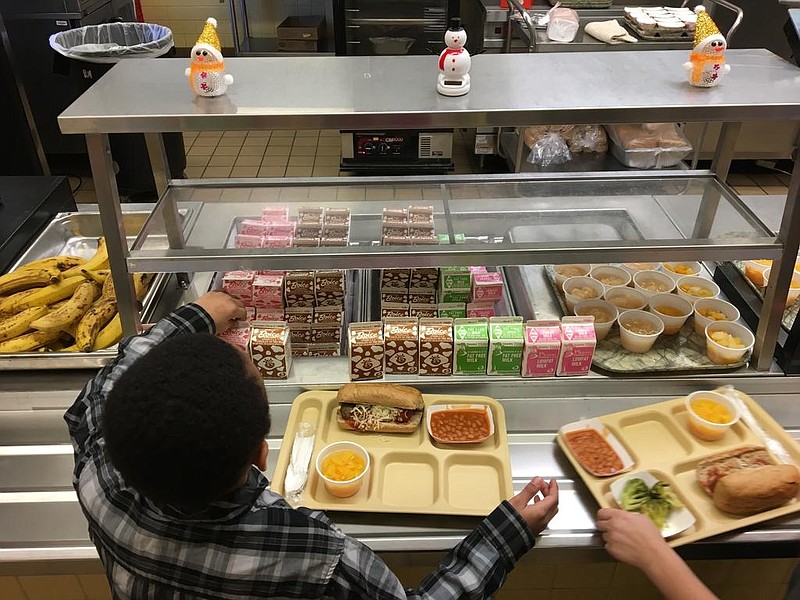 The School Board in a 5-1 vote Tuesday authorized district staff to seek state approval of the plans to contract with the national food service company, a necessary step before Superintendent Charles McNulty finalizes a $5.7 million contract to go into effect July 1.

The contract would be renewable each year for five years.

The board approved the food service management plan at a meeting in which it also approved:

• Employment of the WDD architecture firm of Little Rock at a cost of $63,000 to evaluate all school heating and air conditioning systems to determine repair needs that can be paid with federal covid-19 relief money. The district is anticipating receipt of $34.59 million in the special funding.

• Plans to acquire coursework and teacher training at a potential cost of $74,482 from the Florida Virtual School for the district's new Driven Academy. Driven Academy is a conversion charter school to serve remote-learning students. So far, 267 students have registered for the new school.

Janice Warren, district assistant superintenent for student services, said in an interview after the School Board meeting that the food service management plan is intended to cut district expenses and "give kids food choices that they will eat."

The district typically has had to transfer operating funds of $300,000 or more a year to the food service department that is otherwise not self-sustaining, district leaders said Tuesday.

She said she anticipates that long-time district employees will stay with the district to take advantage of Arkansas Teacher Retirement System benefits to which they are entitled.

Newer employees, however, are likely to opt to become Chartwells employees because of the company's higher pay rates, Warren said. All new employees will be Chartwells' staff.

If 100% of the current employees remain with the district, the anticipated cost of the food management service to the district will be $5.78 million as opposed to $5.7 million if 50% of the employees transition to Chartwells employment, according to data presented on the plan.

The district advertised the food service plan to 13 vendors and five responded with bids. A nine-member committee of school principals and other district staff evaluated the proposals, Warren said.

The Pulaski County Special district joins other districts in the state, including Sheridan, Pine Bluff and Hot Springs, that have out-sourced their food service programs, Warren said.

The district will continue to receive reimbursement of almost $5 million from the U.S. Department of Agriculture for student meals served. School meals in the district cost $3.25 for those students who pay the full price and are ineligible for free or discounted price meals that are given to students because of low family income. However, in this school year just ended and in the coming 2021-22 school year, the federal government has allowed for school meals to be provided to all students at no cost to them.

Board members sought assurances from district leaders that food service employees would be employed by the district or the management company.

Board member Stephen Delaney voted against the plan, saying he objected to essentially approving a contract with Chartwells before seeing it. McNulty and Warren agreed that the proposed contract would go to the board and McNulty in an email at the same time so as to give the board members the chance to see it before it is signed.