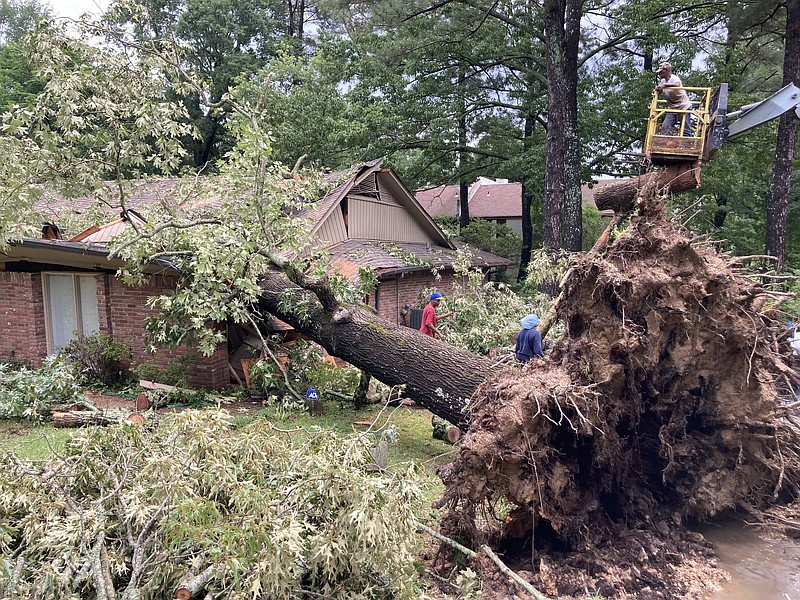 A house on Cherry Street was struck by not one but two large oak trees -- one falling a day after the other -- although the occupants escaped injury.

The owner, 90-year-old Jewellyne Walker, lived at the house at 4021 S. Cherry St. with her daughter Sonja Walker, according to Sheila Walker, another daughter, who lives in Little Rock.

Sheila Walker said her mother and sister were at home when the first tree fell about 6 p.m. Monday, but they were in another part of the house when the big oak crashed into the southern end of the ranch-style home. Despite it all, the two are well.

At first, the occupants didn't know what had happened.

"My sister thought lightning had struck the house," Sheila Walker said. "It didn't faze her to open the door and look out. She just started seeing rain coming into the house."

Then, at about 10 a.m. Tuesday, while her brother, Stephan Walker, was at the house and workers with Sylvester Parker Tree Cutting Service were working to remove the first tree, a neighbor's tree fell in the opposite direction from the north end, striking that part of the house.

The turn of events stunned the Walkers' insurance agent.

"I've never seen anything like it," said Pete Paylor, a Farmers Insurance agent in Watson Chapel.

Paylor said he was at the house Tuesday and, in the pouring rain, helped the mother and daughter move out. They are now staying with Stephan Walker, who lives in Pine Bluff.

"I don't want to put my foot in my mouth here," he said, "but I'm just wondering if it's going to be a total loss."

The two oak trees were large, even by Pine Bluff standards, with diameters of between 4 and 5 feet. The first to fall crushed and warped the roof and attic area, with one part of the frame heaved up several inches from a brick exterior wall. That wall is itself pushed away from the house and leaning.

There's also an enclosed garage, inside of which is a car. Both are now flattened.

At the other end of the house, the tree that fell was squarely in the neighbor's yard, but when it came down, its height was enough to land several large limbs onto the Walkers' house -- limbs that were 2 feet or more in diameter. That part of the house was damaged but not as severely as the other end.

Paylor said the area was fortunate that there wasn't more wind in the storm fronts that dumped several inches of rain and soaked the ground over several days. Even though it had not rained much on Wednesday, the ground around the fallen trees had 3 or 4 inches of standing water.

"Oaks have surprisingly shallow root systems," Paylor said. "You take that and the fact that the ground was saturated and that oaks are top-heavy -- well, they're going to go somewhere."

Sheila Walker said she and her siblings were getting her mother and sister settled into her brother's house and that they all were relieved with how the situation had turned out.

"We feel blessed," she said. "Things can be replaced. People can't." 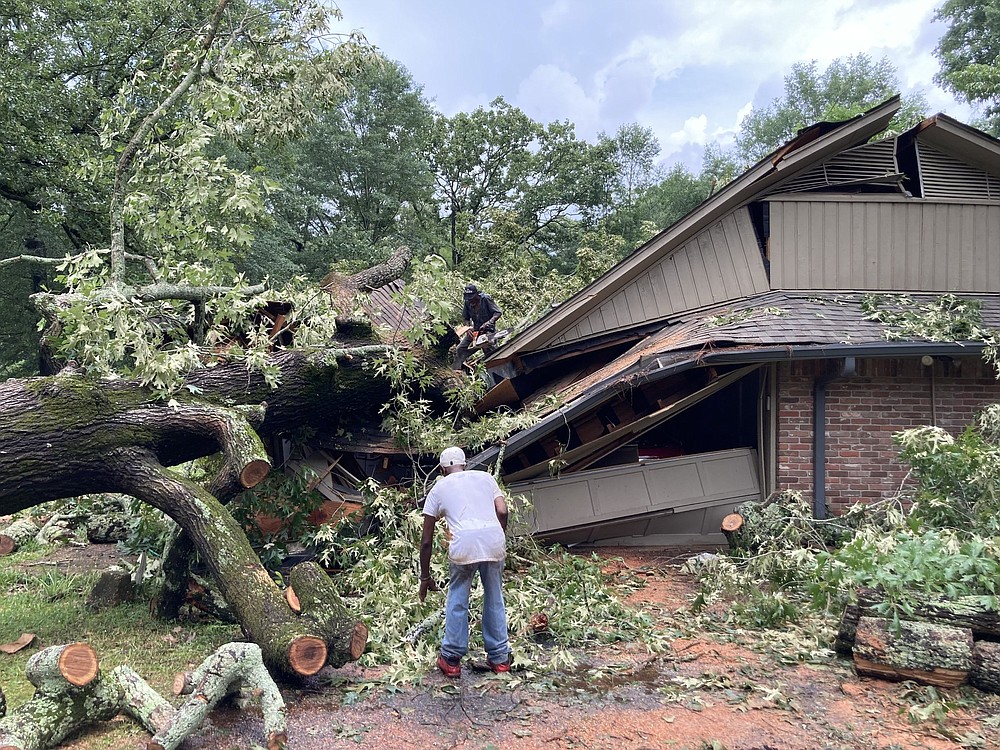 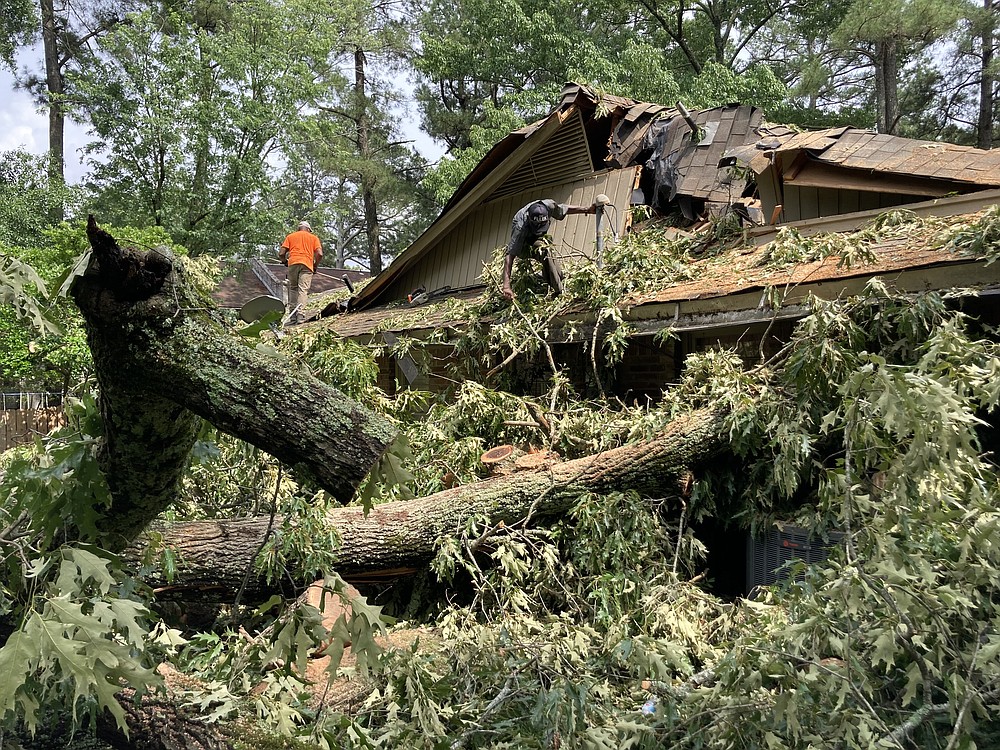 A second tree fell on this Cherry Street home on Tuesday, a day after a first large oak crushed the other end of the house. (Pine Bluff Commercial/Byron Tate)
ADVERTISEMENT