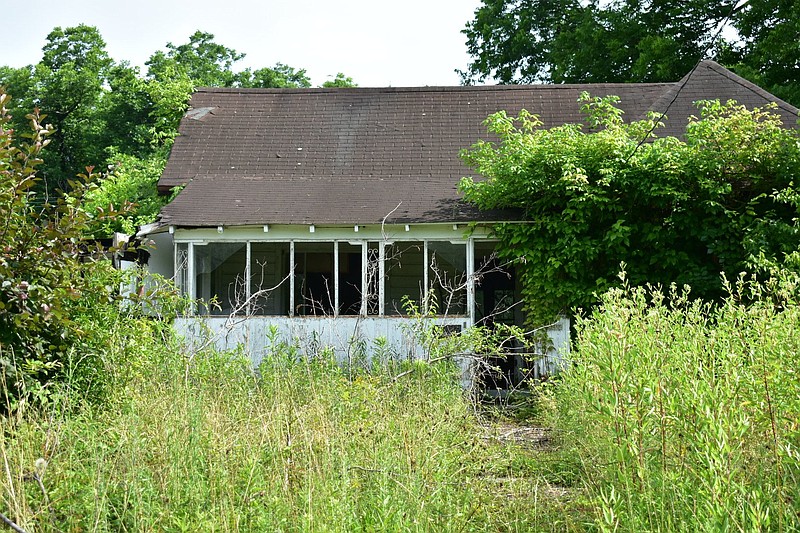 The fourth straight homicide in as many days in Jefferson County -- the last three in Pine Bluff -- occurred Tuesday evening. Police responded to the area of 2000 W. Eighth Ave. and found Jason Anderson, 38, lying in a roadway between Seventh and Eighth avenues with apparent gunshot wounds.

Anderson was pronounced dead at Jefferson Regional Medical Center, the 10th homicide victim in the city this year and 13th in the county.

But like the two preceding incidents, police have revealed very few details about the latest homicide, citing ongoing investigations, and not a single suspect has been identified. It's unclear whether the incidents are connected.

"I have been sick," Seals said, referring to the latest string of violence. "I have been overwhelmed all day today. I have not been able to get it together. I know because this weighs so heavily on me. I recognize that."

Seals is a co-organizer of United Citizens of Pine Bluff, an organization that addresses citizens' concerns about safety in the city. Last month, United Citizens released the results of a survey residents took that measured how safe they feel in the city and their thoughts about the police's concern for community rights.

That was the first of a three-phase plan the group has for addressing crime in the city. United Citizens met Tuesday about the second phase, which is to intervene in the lives of children and steer them away from violence.

"When we talk about the intervention, giving kids options as early as fifth grade, those are types of things," Seals said. "This community has programs, but we need more. We need more adults. More mentors. We need grant dollars that will keep kids off the streets, give them something to do, teach them respect for other people's property and other people's lives. We've got to work with schools, mental health providers.

"I believe in working with the faith-based community, but we've got to be singing the same song."

In responding to a Monday night shooting that claimed the life of a 14-year-old girl, New Life Church Pastor Matt Mosler said those in the faith community must serve others and help young people deal with a sense of hopelessness he said is rampant in their generation, although no perpetrators have been identified.

The girl was found dead in an SUV on South Maple Street between West 23rd and West 24th avenues. Police say shots were fired from the 23rd and Maple intersection, about a 1.3-mile drive from the area of Tuesday's shooting in an almost straight line.

Police have not released the girl's name, citing a state law that prohibits law enforcement from identifying minors.

One night before the girl's homicide, Brandon Dement, 36, was found lying in front of a residence at 2120 S. Maple Street, just more than a block north of the 23rd and Maple intersection, with apparent gunshot wounds. He died at Jefferson Regional.

Police Lt. David DeFoor said he has not heard any details about either homicide from detectives.

"I know they've been out there working the last three days," DeFoor said Wednesday. "I heard them on the radio."

On Saturday morning, a shooting at 10256 Sulphur Springs Road, outside of the Pine Bluff city limits, claimed the life of Zakary Chumney, 35, of Mabelvale.

Bradley Scott Hartley 34, who has a Pine Bluff address, was taken in custody by Jefferson County Sheriff's deputies after surrendering that evening. Sheriff's officials said Hartley ran through a wooded area south of the residence.

Seals said Pine Bluff has a culture of gun violence, and United Citizens are working to change that culture.

How that change looks is complicated, Seals added. But she said the group plans to visit all four wards of the city and talk with neighborhood watch groups, organizations such as the Pine Bluff Small Business Association and Go Forward Pine Bluff, teachers and education leaders, and groups that serve young people, like TOPPS and the Boys and Girls Club of Jefferson County.

"We have got to come together and be very intentional about the work we do," she said. "We've got to start early with our young people. That's why we say, it's going to take time. We're in a position now where you've got kids and young adults -- this is their culture. This is all they know. And it's heartbreaking. But we have to start now."

The third phase of United Citizens' plan is to take recommendations based on the citizens' responses to the Pine Bluff City Council.

"We may not see the changes we want to see until years for now, but we're looking at positive changes," Seals said.