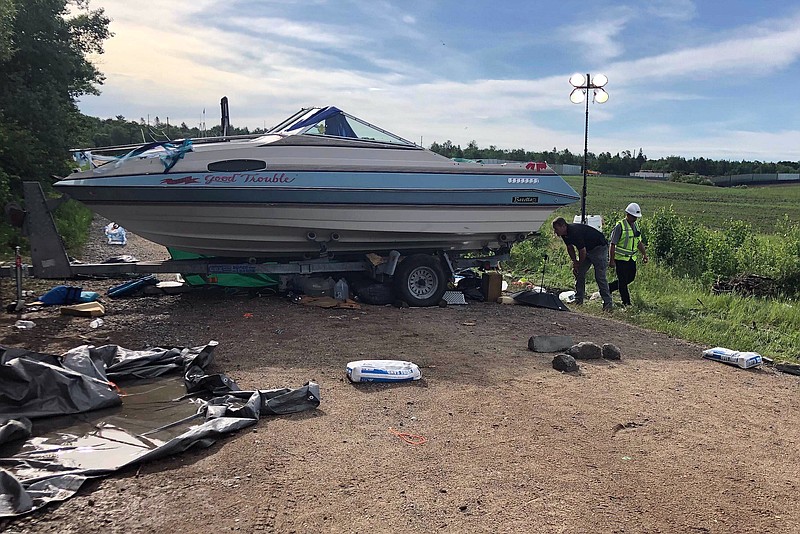 FARGO, N.D. -- Nearly 250 people were arrested and cited when protesters attempting to stop the final leg of the reconstruction of an oil pipeline across northwestern Minnesota took over a pump station, law enforcement officials said Wednesday.

Hubbard County Sheriff Cory Aukes said that 43 workers at the Enbridge Energy Line 3 pump station were trapped inside the site for some time Monday morning when demonstrators locked them in behind the front gate. Protesters also put up barricades and dug trenches across roads, "presumably in preparation" for a standoff with law enforcement officers, Aukes said.

The workers were eventually able to leave the site. No injuries were reported.

"This is unacceptable, and we will seek the full prosecution of all involved," Enbridge Energy spokeswoman Juli Kellner said.

Aukes said 179 people were arrested and charged with gross misdemeanor trespassing. An additional 68 people were cited for public nuisance and unlawful assembly. It was the largest show of resistance since protesters set their sights on the project.

The sheriff said demonstrators caused "a large amount of damage" to equipment "and other assets." Kellner said damage included vandalism of contractor equipment, as well as slashed tires, cut hoses, rocks and dirt in engines, forced entry into offices and destruction of electrical wiring in equipment.

Another protest against the pipeline is scheduled today in Minneapolis outside the office of Democratic Sen. Amy Klobuchar. The group TakeAction Minnesota says Klobuchar should pressure President Joe Biden to halt construction of Line 3. 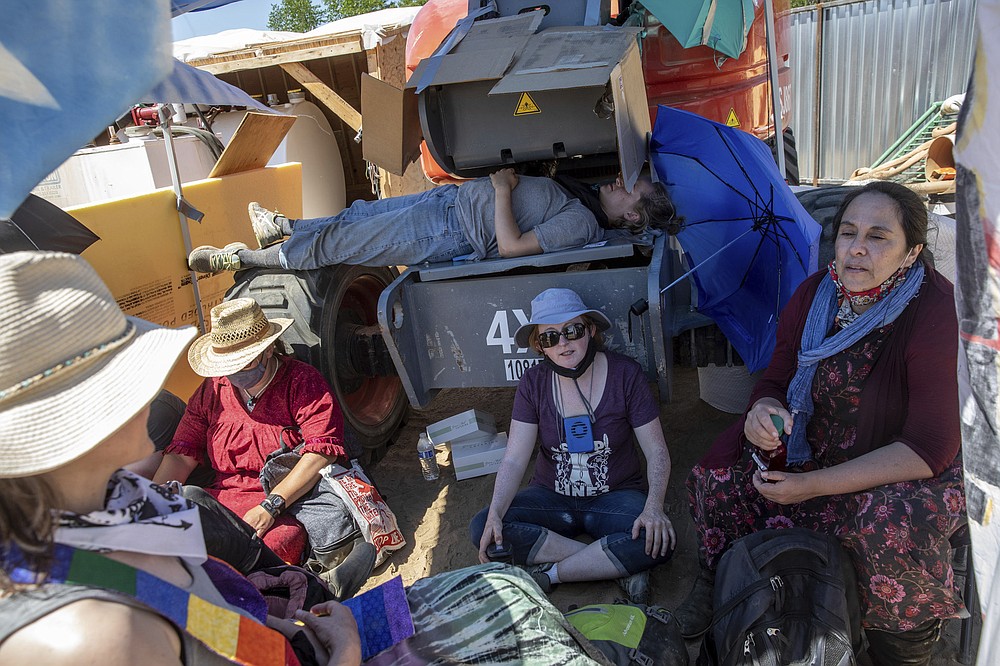 A group of activists sit under a shade as two others sit locked to a piece of construction equipment at an Enbridge Line 3 pump station near Park Rapids, Minn., on Monday, June 7, 2021. (Evan Frost/Minnesota Public Radio via AP) 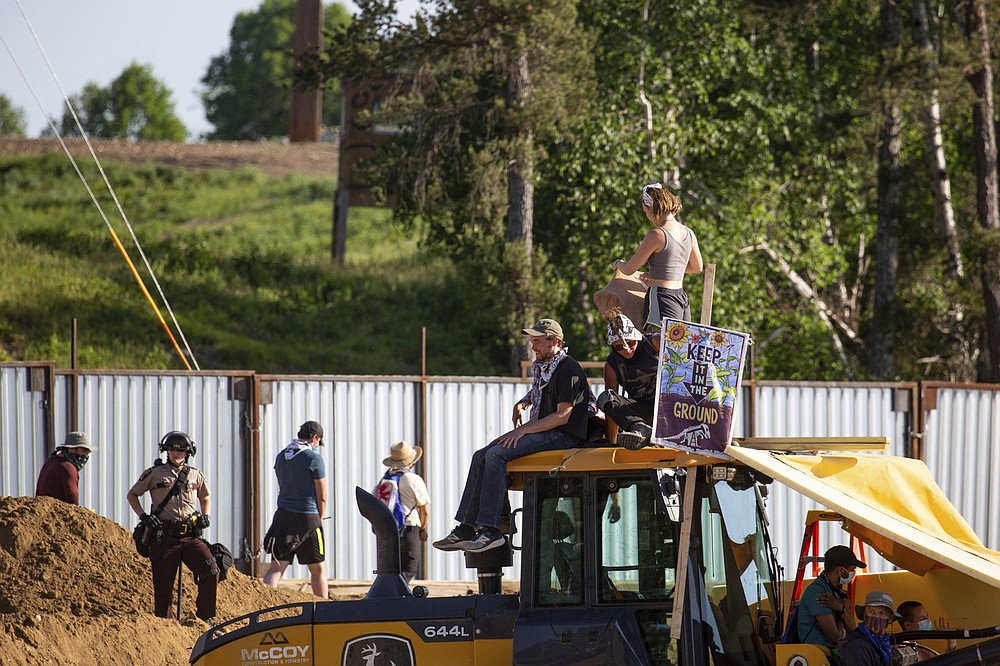 Activists sit on construction equipment while others are arrested and escorted out of an Enbridge Line 3 pump station near Park Rapids, Minn., on Monday, June 7, 2021. (Evan Frost/Minnesota Public Radio via AP)
ADVERTISEMENT