Reliever in running for awards 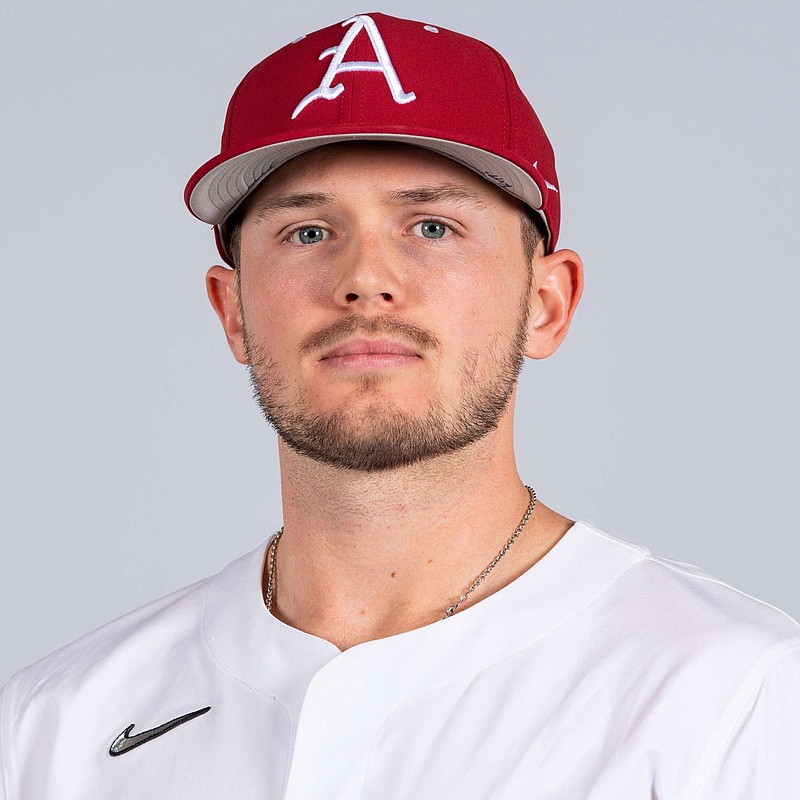 FAYETTEVILLE -- The accolades keep pouring in for University of Arkansas pitcher Kevin Kopps.

The Golden Spikes Award, presented by USA Baseball, has been given annually since 1978 to the best amateur player in the country, including Arkansas outfielder Andrew Benintendi in 2015.

The Stopper of the Year Award winner will be announced on June 18, one day before the start of the College World Series.

Kopps is one of three SEC pitchers on the list of finalists, along with Ole Miss' Taylor Broadway and Mississippi State's Landon Sims.

Kopps' season as a relief pitcher is already one for the history books, and it has a chance to wind up as one of the most dominant seasons for a college pitcher.

The sixth-year senior from Sugar Land, Texas, has a 12-0 record with 11 saves after notching two wins and a save in last week's NCAA Fayetteville Regional.

Kopps leads the country with a 0.68 earned run average, which is 0.61 better than the next-highest qualifier, Alabama State's Payton Harris (1.29). He also leads the nation with a 0.73 WHIP (walks plus hits divided by innings pitched). A whip of less than 1.0 is considered excellent and only 37 NCAA Division I pitchers can make that claim.

Kopps is also expected to be named a finalist for the Dick Howser Trophy, a list that will be revealed today.

Center fielder Christian Franklin saved at least three runs with two diving catches he made in wins over NJIT and Nebraska in the Fayetteville Regional.

NJIT led Arkansas 3-2 in the fourth inning on Friday and had runners on first and second base with two outs when Kevin Kopps entered the game and Paul Franzoni drove an 0-2 pitch for what looked to be a double in the left-center field gap.

Franklin made a diving catch to keep the Highlanders from extending their lead to 5-2 and having a runner on second base.

On Monday, Nebraska also had runners on first and second base and led 2-0 with two outs in the third inning when Spencer Schwellenbach hit a drive off Kopps that Franklin dove for and caught.

That catch saved at least one run in what became a 6-2 Arkansas win.

Franklin went 3 for 5 against NJIT with a home run, but in three games against Nebraska he was 0 of 9 with eight strikeouts before drawing a two-out walk that started a four-run rally in the eighth inning of Monday's victory.

"What I see is that he's not taking his at-bats to the field," Arkansas Coach Dave Van Horn said. "He's frustrated big time, obviously, but he goes out there and plays a professional center field and does his job and makes play after play.

"I mean, he's been as good in center field as anybody we've ever had here if you look at all the highlight catches. It's been amazing. He goes back and gets it, he comes in and gets it, he goes side to side. ... What a great defender."

Kopps isn't used to giving up hard-hit balls, but he was thankful for Franklin's diving catches.

"He's so good, you just kind of expect him to make those," Kopps said. "But I definitely owe him a steak dinner or something."

Dave Van Horn naturally was excited for the Razorbacks to win their regional, but he would have preferred it didn't come at the expense of Nebraska Coach Will Bolt.

Van Horn said he felt bad for Bolt, the Big Ten coach of the year who led Nebraska to the conference championship.

Van Horn noted the Cornhuskers had their final postgame huddle in right field at Baum-Walker Stadium for a tough ending to a memorable season.

"They were picked sixth in the league and they ran away with it because they were better than everybody else and they're tougher than everybody else, and I saw that this weekend," Van Horn said. "That's because of the players that are over there. Will Bolt, his coaching staff have instilled that into those kids."

That success landed Van Horn his dream job at Arkansas, where he was a player and assistant coach for Norm DeBriyn.

"Nebraska was really good to me," Van Horn said. "I loved it up there. It was hard to come here because of what was going on there, but I knew this is what I wanted to do.

"I don't like playing Nebraska. I don't even want to schedule them."

By beating Nebraska in two of three games in the Fayetteville Regional, Arkansas won its 19th consecutive weekend series, including beating TCU and Ole Miss in a regional and super regional in 2019.

Arkansas hasn't lost a series since May 17-19, 2019, when Texas A&M took two of three games in College Station, Texas.

"It's unbelievable, honestly," Coach Dave Van Horn said. "I told the team they were amazing.

"They just keep finding a way, they keep fighting and we get to hang out at least another week."

The Razorbacks' weekend series domination doesn't include going 3-0 to start this season with victories over Texas Tech, Texas and TCU in Arlington, Texas, or going 4-0 to win the SEC Tournament with victories over Georgia, Vanderbilt, Ole Miss and Tennessee.