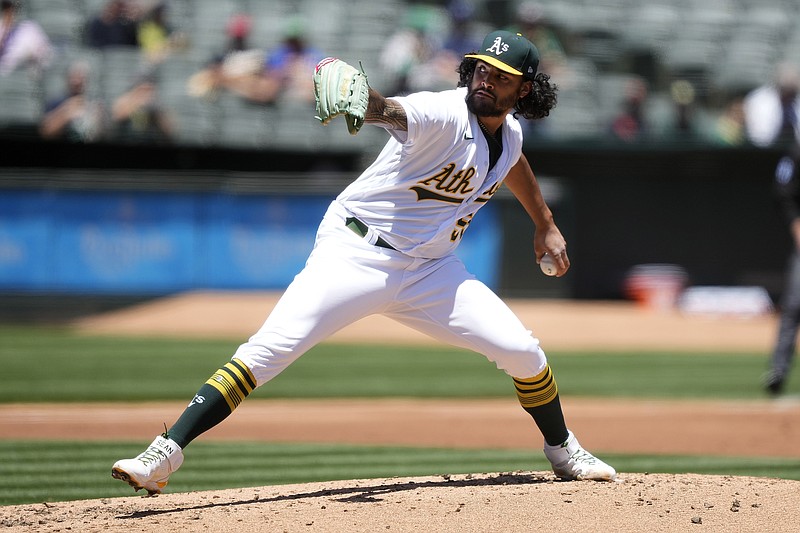 PHILADELPHIA -- Luke Williams walked Philadelphia off with his first big league home run, hitting a two-run shot with two outs in the ninth inning to lift the Phillies over the Atlanta Braves 2-1 Wednesday night.

"Pretty incredible," Williams said. "I'm still trying to figure it all out."

The Phillies had just four hits and made 15 consecutive outs before Andrew McCutchen drew a one-out walk off Will Smith (1-5) in the ninth. Pinch-hitter Brad Miller popped out to second, bringing up Williams, who was promoted from Class AAA Lehigh Valley on Tuesday for his first taste of the majors.

Williams drove an 0-1 slider over the wall in left. It was the 24-year-old's first home run in an affiliated game since connecting on Aug. 23, 2019 for Class AA Reading.

"People went crazy," Manager Joe Girardi said. "He got like three ice baths; he won't have to ice after the game, that's for sure. It's why this game is so much fun -- and can be so heartbreaking at times."

It has been quite a week for Williams, who helped Team USA clinch a spot in the Tokyo Olympics on Saturday night. He went 8 for 18 with a home run during the tournament before relinquishing his spot on the Olympic team due to his big-league call-up.

The walkoff was the second of Williams' life, with the last one winning a travel ball tournament prior to his senior year of high school.

"I thought that was pretty cool," he said. "To do it in the big leagues is indescribable."

DODGERS 2, PIRATES 1 Justin Turner hit two home runs and Los Angeles got 71/3 scoreless innings from its bullpen in a rain-delayed victory over Pittsburgh.

MARINERS 9, TIGERS 6 (11) Jake Fraley made a game-saving catch in the ninth inning, then drove in the go-ahead run in the 11th to lead Seattle over Detroit.

BLUE JAYS 6, WHITE SOX 2 Randal Grichuk hit a home run and Toronto took advantage of a season-high four errors by Chicago as well as a bases-loaded walk to beat the White Sox.

NATIONALS 9, RAYS 7 (11) Starlin Castro drove in a run with a double during a two-run 11th inning and Washington beat Tampa Bay. 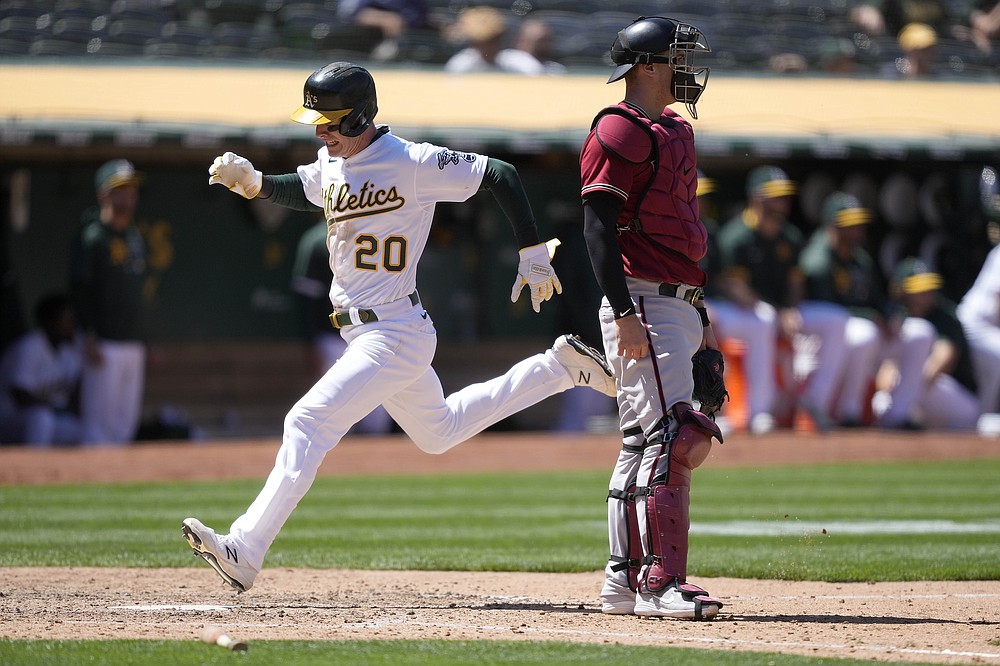 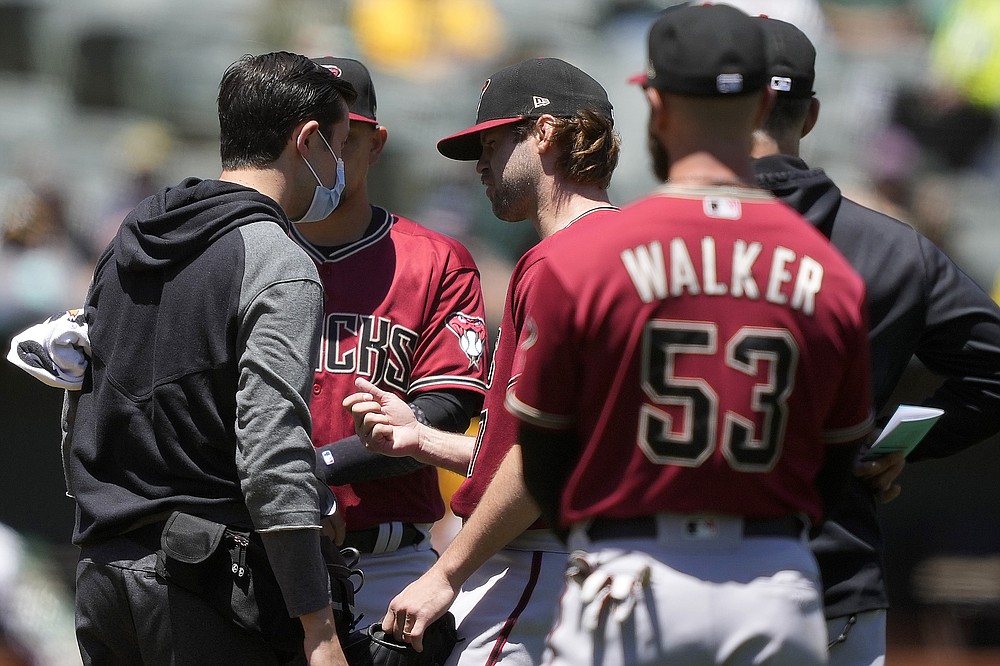 Arizona Diamondbacks pitcher Matt Peacock, center, has his throwing hand checked by the teams trainer during the second inning against the Oakland Athletics in a baseball game Wednesday, June 9, 2021, in Oakland, Calif. Matt Peacock left the game. (AP Photo/Tony Avelar) 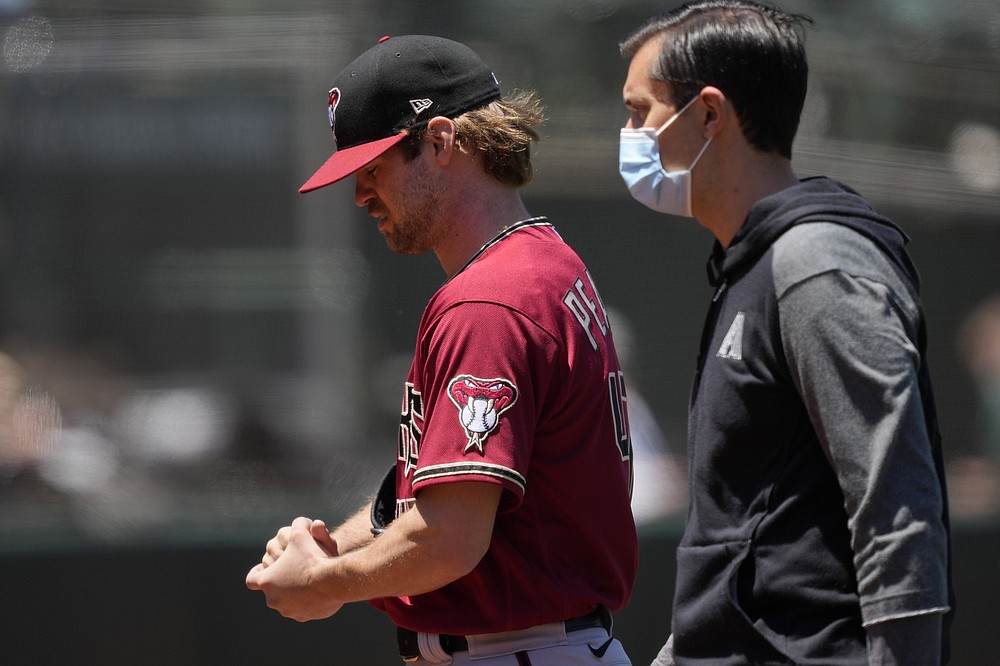 Arizona Diamondbacks pitcher Matt Peacock, left, leaves the game against the Oakland Athletics with an injury to his throwing hand during the second inning of a baseball game Wednesday, June 9, 2021, in Oakland, Calif. (AP Photo/Tony Avelar) 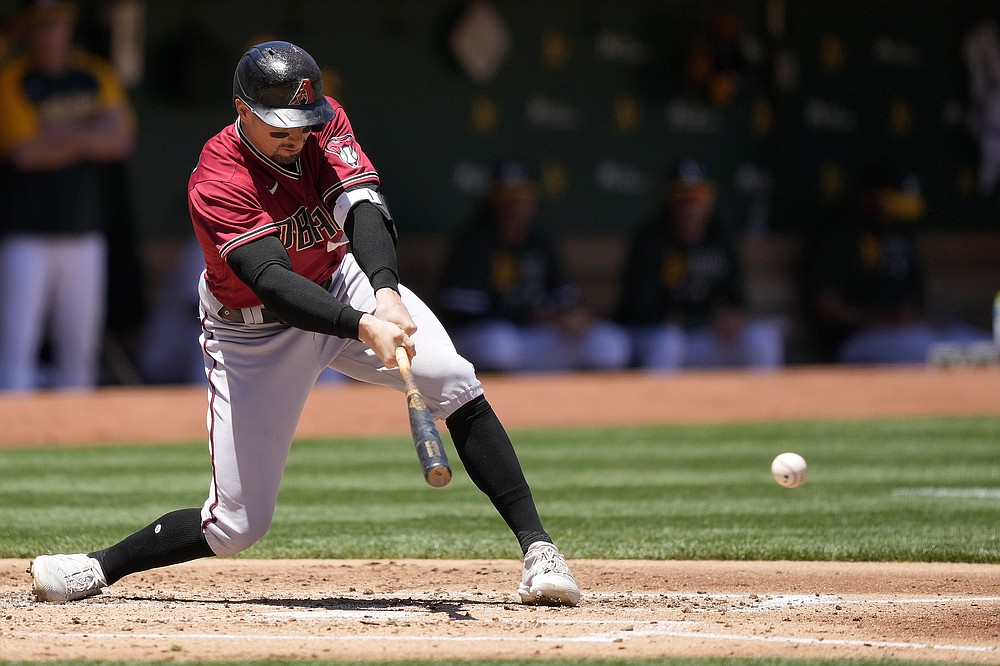