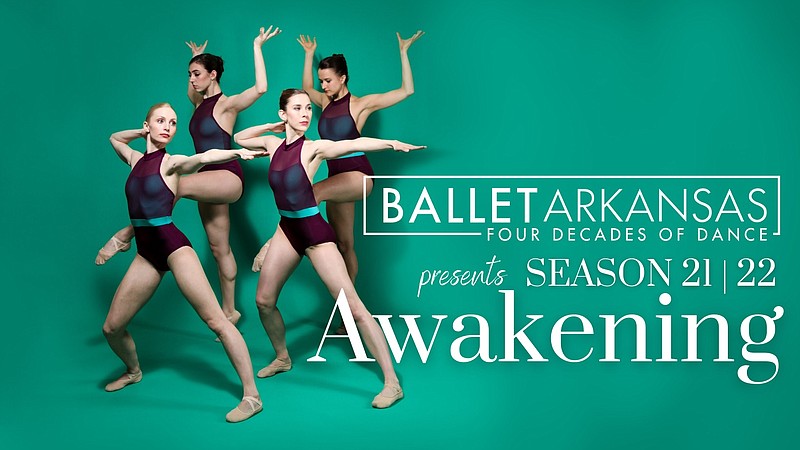 Ballet Arkansas opens its 2021-22 season in October with "The Great Gatsby." (Special to the Democrat-Gazette)

Ballet Arkansas will open its 2021-22 season Oct. 21-24 with a “roaring 2020s” production — “The Great Gatsby” — at the Center for Humanities and Arts Theater on the University of Arkansas-Pulaski Technical College’s main North Little Rock campus.

“Our unique telling of F. Scott Fitzgerald's classic tale is complemented by stunning original choreography and a collision of modern and historical production elements,” in collaboration with Cranford Co and the theater’s production team, explained Michael Fothergill, Ballet Arkansas’ executive and artistic director, in a season-announcement news release.

In conjunction, the ballet company will add something it is calling “Nutty Nutcracker” at Robinson, which the news release describes as “a world premiere holiday performance unlike any other — filled with hijinks and humor for the whole family.” Dates and details are pending.

• Feb. 17-20: “Coppelia,” Leo Delibes’ storybook ballet about a young girl who takes on a cantankerous toymaker and his magical doll, at the University of Arkansas-Pulaski Technical College CHARTS Theater. Students from across the state will join members of the professional company. 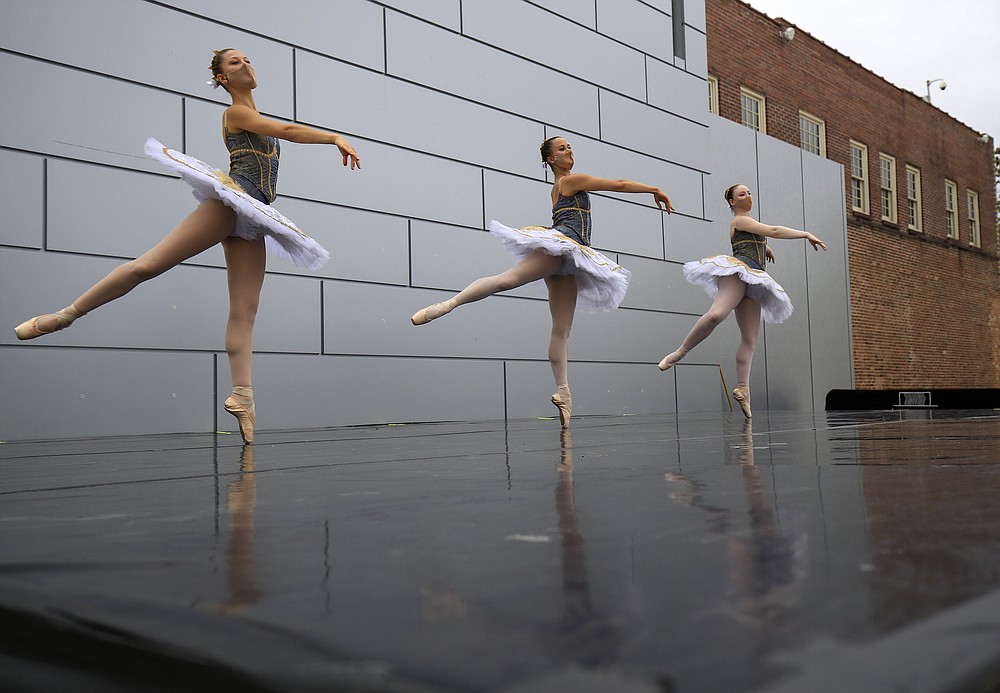 • April 29-May 1 and May 6-8: “Live at the Plaza,” Argenta Plaza, Main Street, North Little Rock, in partnership with the North Little Rock Convention and Visitors Bureau. The ballet company encores a set of performances that debuted this spring, featuring outdoor free mixed-repertory performances and education programs.

In addition, the ballet company has announced two other offerings, awaiting dates and details:

• “The Firebird,” Igor Stravinsky’s setting of a Russian tale about a prince, an evil sorcerer, and a bird made out of flame, which the company will tell through “a vibrant suite of dances.”

And Ballet Arkansas will partner with Tanarah Luxe Floral for “Nutcracker Sweet at Juniper Hill,” Dec. 4-5, which the news release describes as “a pop-up experience in Northwest Arkansas” involving “a suite of dances from ‘The Nutcracker Spectacular’ with themed activities and appearances by the characters from the ‘Land of the Sweets.’”

Special events on the schedule include the “Land of the Sweets Nutcracker Tea," Dec. 11 at Robinson Center Performance Hall; the “Turning Pointe Gala,” March 5 at Wildwood Park for the Arts in west Little Rock; and the spring 2022 “Ballet Under the Stars,” at a date and location to be determined.

Community-cast auditions for children 6 and older and adults for the “Nutcracker Spectacular” will take place Aug. 13-15 at Shuffles & Ballet II in west Little Rock. And the community cast audition for children 9 and older for “Coppelia” are set for Nov. 14 at Ballet Arkansas’ Main Street studio.

This story has been updated. It was originally published at 11:16 a.m.