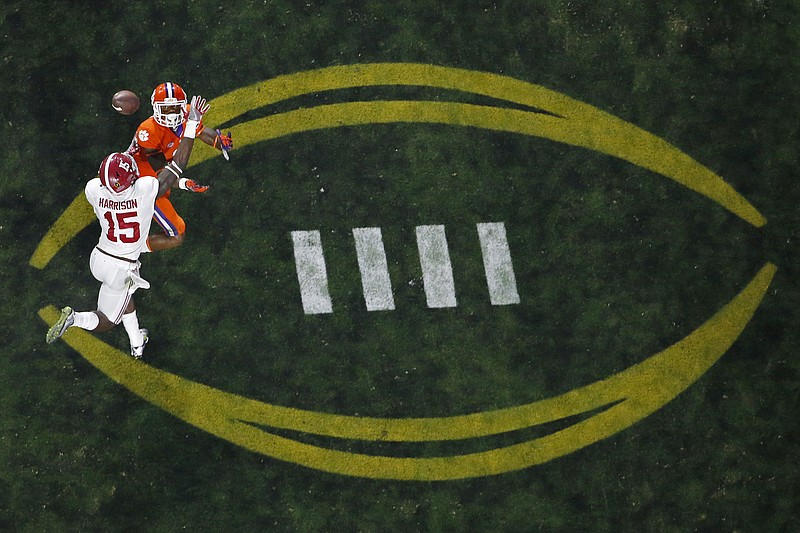 There was a time not so long ago -- 2012 to be exact -- when the big news in college football was conference commissioners simply using the word playoff when talking about the future of the sports' postseason format.

Less than 10 years later, and eight years into College Football Playoff era, the number of teams that will have a chance to win a national title in the postseason is poised to triple.

The College Football Playoff announced Thursday it will consider expanding from four to 12 teams to settle the championship, with six spots reserved for the highest-ranked conference champions and the other six going to at-large selections.

Notre Dame Athletic Director Jack Swarbrick, part of the group that has been working on an expansion plan, noted that only about 4% of major college football teams reach the playoff. In most other NCAA sports, more than 20% of the competing schools participate in the championship event.

The playoff's popularity seems to have waned as only a few teams have grabbed the majority of the spots since 2014. Alabama and Clemson have each made the playoff six times in seven years. Ohio State and Oklahoma have each been selected four times. That's 71% of the playoff spots to just four of the 130 FBS teams.

There was concern that down the stretch of the season, the pool of teams with a legitimate chance to make the four-team playoff had become too small.

"This (proposed model) creates energy in October and November. The practical effect will be that with four to five weeks to go in the season, there will be 25-30 team with a legitimate chance," Big 12 Commissioner Bob Bowlsby said.

If the format is adopted -- no earlier than this fall -- there was no indication in the proposal about when an expanded playoff could be in place. The soonest would seem to be for the 2023 season. Implementation could also be as far off as the 2026 season.

A selection committee would still be involved, and the proposed 12-team playoff would not limit how many teams can come from any one conference. The four highest-ranked conference champions would receive first-round byes and teams 5-12 would face each other in four games played on campus sometime during the two-week period following conference championship weekend, typically early December.

Quarterfinals would be hosted by bowl games on New Year's Day -- unless that falls on a Sunday, in which case those games will be played Jan. 2 -- and an adjacent day.

The semifinals would also be hosted by bowl games, as is the case now. The plan calls for no re-seeding of the bracket as teams advance.

A 12-team field with six spots reserved for conference champions would guarantee at least one team from outside the Power Five conferences would be in the playoff each season. The Group of Five -- which includes the Mountain West, American Athletic, Sun Belt, Mid-American Conference and Conference USA -- has never had a team crack the field of four or been particularly close.

SEC Commissioner Greg Sankey said the large jump from four to 12 made it more palatable to create automatic access points for conference champions.

"That doesn't work if you are reducing opportunities for those highly ranked," Sankey said.

The proposal will be considered by the full CFP management committee during an in-person meeting at the Big Ten's offices outside Chicago on June 17-18.

The groups has been working on an expansion plan for two years. It might have been put forth sooner if not for the pandemic.

The proposal includes no dates for semifinals and the championship game to be played, but did indicate the semifinals would not be played as a doubleheader on a single day. 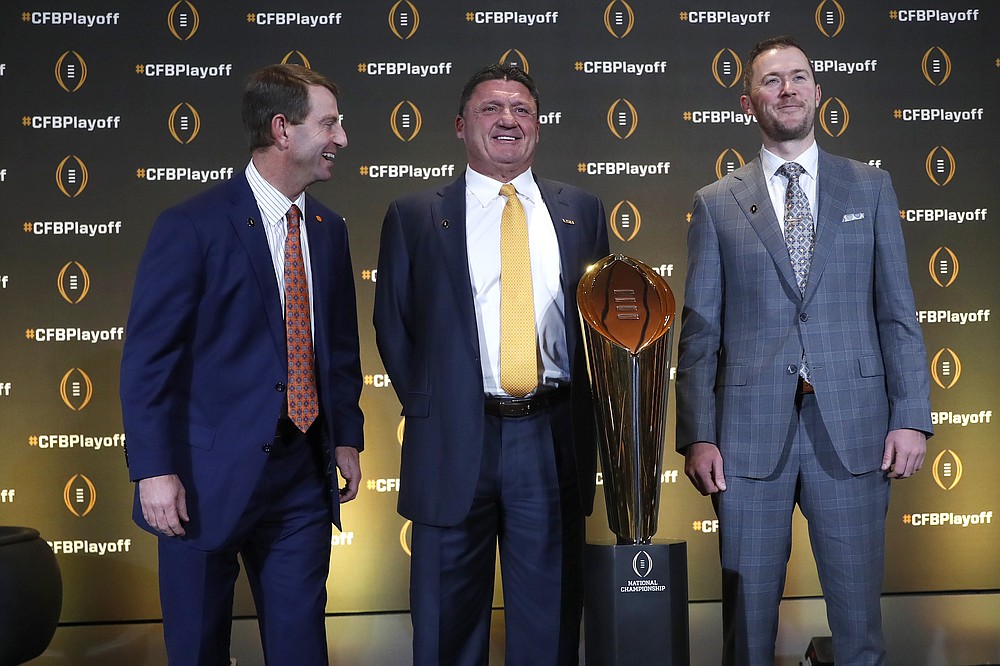 FILE - Clemson head coach Dabo Swinney, left, jokes with LSU head coach Ed Orgeron and Oklahoma head coach Lincoln Riley, right, as they pose with the College Football Championship trophy during a news conference ahead for the College Football playoffs in Atlanta, in this Thursday, Dec. 12, 2019, file photo. The College Football Playoff would expand from four to 12 teams, with six spots reserved for the highest ranked conference champions, under a proposal that will be considered next week by the league commissioners who manage the postseason system. A 12-team playoff would also include six at-large selections and no limit on how many teams can come from any one conference, a person familiar with announcement told The Associated Press on Thursday, June 10, 2021. The person spoke on condition of anonymity because the CFP has not yet released details. (AP Photo/John Bazemore, File) 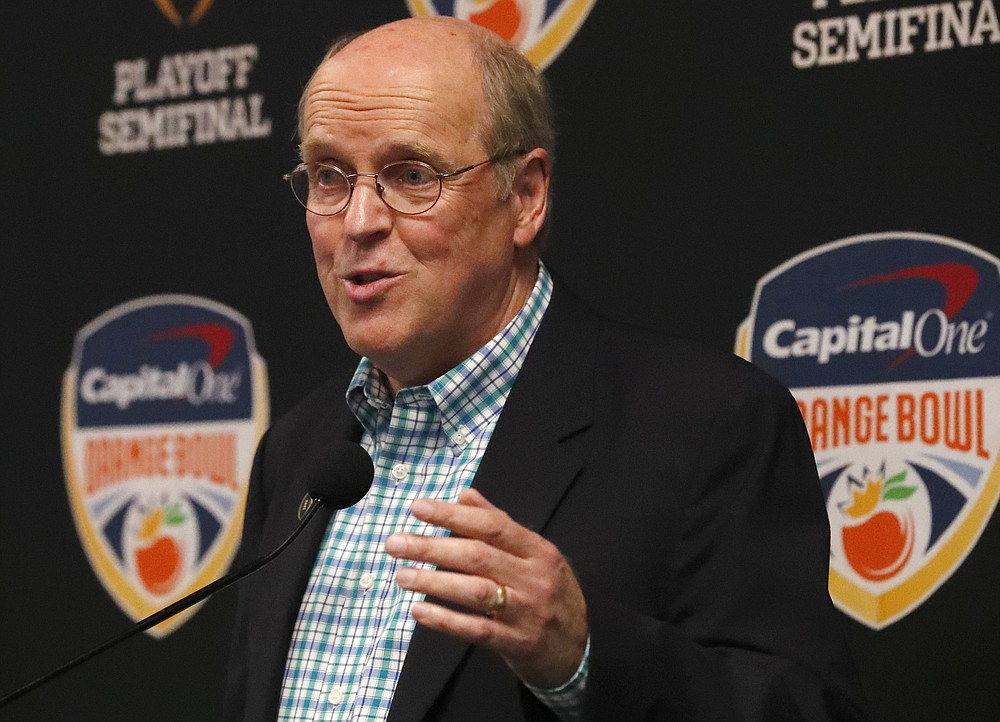 FILE - College Football Playoff executive director Bill Hancock gestures as he speaks during a news conference before an NCAA college football game between Miami and North Carolina in Miami Gardens, Fla., in this Thursday, Sept. 27, 2018, file photo. The CFP would expand from four to 12 teams, with six spots reserved for the highest ranked conference champions, under a proposal that will be considered next week by the league commissioners who manage the postseason system, a person familiar with announcement told The Associated Press on Thursday, June 10, 2021. The person spoke on condition of anonymity because the CFP has not yet released details. (AP Photo/Wilfredo Lee, File)
ADVERTISEMENT