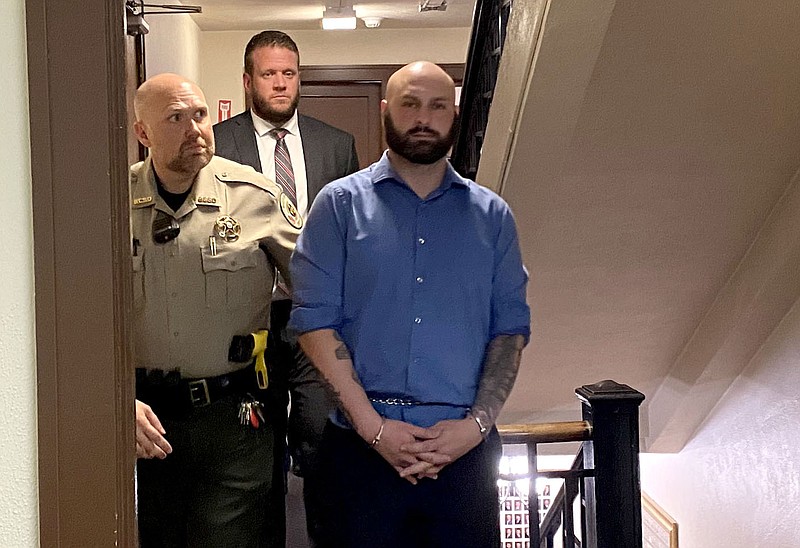 David Kelley-Lucas, 32, of Rogers is escorted from a Benton County courtroom Thursday, June 10, 20201 after being sentenced to 37 years in prison. A jury found him guilty of raping and sexually assaulting a 10-year-old girl. (NWA Democrat-Gazette/TRACY NEAL)

BENTONVILLE -- A Rogers man maintained his innocence after a jury found him guilty Thursday of raping and sexually assaulting a 10-year-old girl.

"I am not the monster that you guys decided that I am," David Kelley-Lucas told jurors. "It did not occur."

The panel found Kelley-Lucas, 32, guilty of rape and sexual assault. He received a 37-year sentence.

The girl, who is now 12 years old, testified that Kelley-Lucas inappropriately touched her on three occasions.

"Where on your body did he touch you?" Joshua Robinson, deputy prosecutor, asked her.

She told jurors she was scared and confused by Kelley-Lucas' actions.

Prosecutors also played jurors a video of the girl's interview at the Children's Advocacy Center of Benton County when she discussed details of the abuse.

Kelley-Lucas testified during the trial and denied raping or sexually assaulting the girl. He returned to the witness stand Thursday morning during the sentencing phase of the proceedings.

He proclaimed his innocence, but told jurors he understood they had a tough job and respected their decision. He asked the jury for mercy and told the panel he wants to be able to see his children again.

"I am a good man," he said. "I am an honorable man. I got accused of something horrible. I didn't do it."

Michelle Kelley-Lucas pleaded with jurors to have leniency on her husband. She said her husband wasn't capable of raping anyone.

Ben Catterlin, Kelley-Lucas' attorney, urged jurors to have mercy on his client and asked them to recommend a 25-year sentence, which is the minimum sentence for the rape conviction.

Robinson asked where the mercy was when Kelley-Lucas was sexually abusing the girl. Robinson told jurors Kelley-Lucas hadn't shown any remorse for his actions.

The jury recommended Kelley-Lucas be sentenced to 25 years for rape and 12 years for sexual assault. The panel recommended the sentences be served consecutively.

Benton County Circuit Judge Robin Green sentenced Kelley-Lucas to 37 years in the custody of the Arkansas Department of Corrections. He will have to serve at least 20 years before he's eligible for parole. 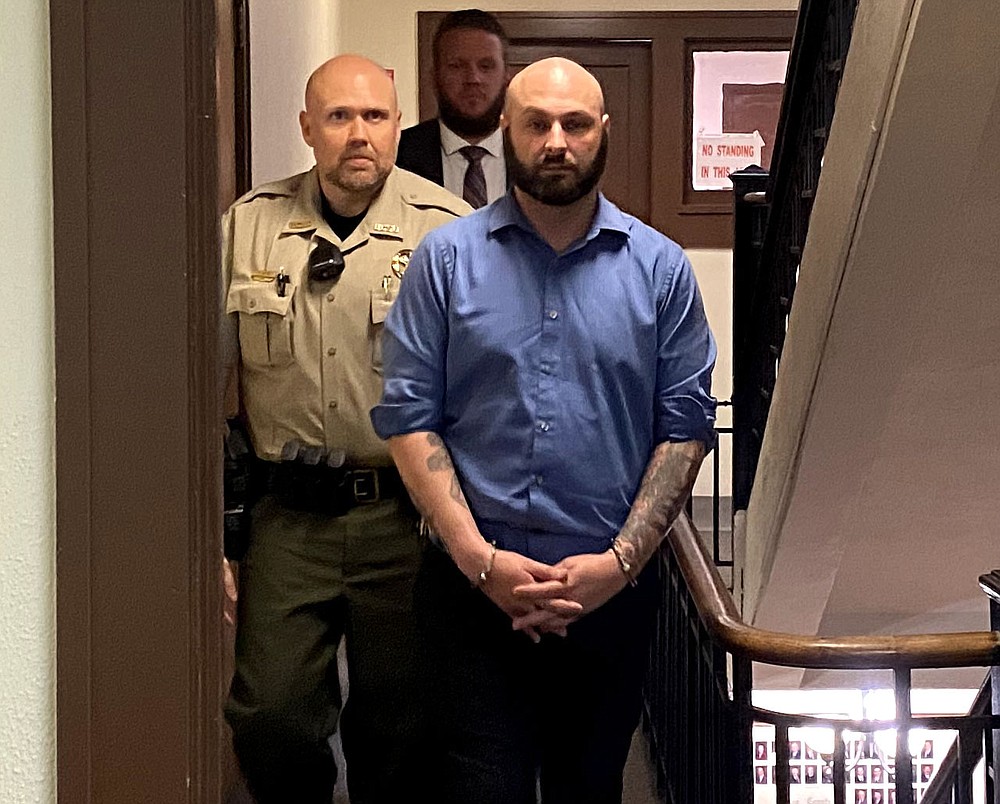 David Kelley-Lucas, 32, of Rogers is escorted from a Benton County courtroom Thursday, June 10, 20201 after being sentenced to 37 years in prison. A jury found him guilty of raping and sexually assaulting a 10-year-old girl. (NWA Democrat-Gazette/TRACY NEAL)
ADVERTISEMENT