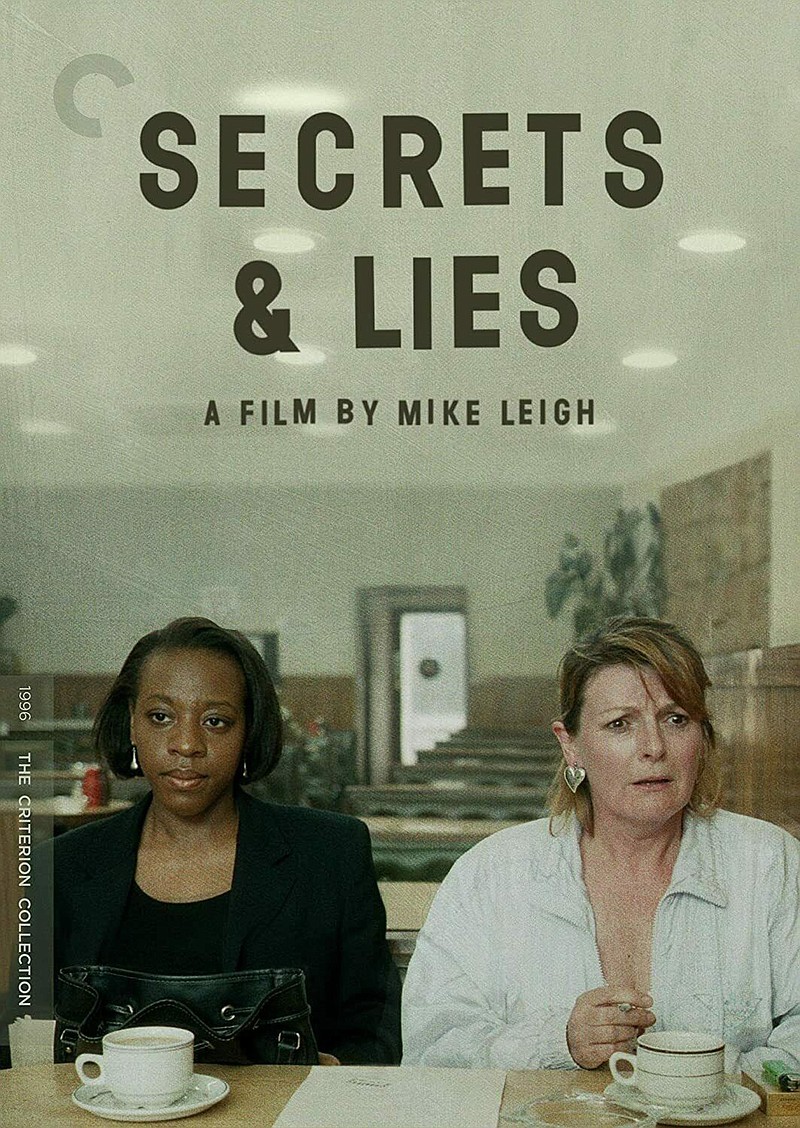 Mike Leigh's 1996 Palme d'Or-winning film "Secrets & Lies" is a triumph of his particular artistic process. Rather than creating a script, casting to type, and rehearsing as an ensemble, the heady British director eschewed such commonalities, and instead, working from a thumbnail of a narrative, worked for months with individual actors to fully create their characters, writing as he went.

Unconventional it might be, but there's no arguing the results, with his bevy of performers -- including such luminaries as David Thewlis, Imelda Staunton, Timothy Spall and Sally Hawkins -- regularly turning in career-defining performances (and receiving lots of Oscar and BAFTA acclaim in the process).

Part of Leigh's method was also to limit what his actors knew about each other's roles, only working from their character's basic premise going in. In this film, about a cheerfully morose middle-aged mother, Cynthia (Brenda Blethyn), with a sneering 20-something daughter, Roxanne (Claire Rushbrook) living at home, who finally gets the chance to meet the daughter, Hortense (Marianne Jean-Baptiste), she gave up for adoption as a frightened teenager, Leigh's hallowed process leads to one of the best scenes in his sterling career. When mother and daughter finally meet at a London coffeeshop, the director had set up the scene without either of the actors knowing quite who each other were -- Hortense, a successful Black optometrist, meeting her biological mother for the first time, not realizing beforehand she was white.

That brilliant scene might be the highlight, but there's still plenty to enjoy elsewhere. Each character becomes indelible, and as the tension builds between Cynthia and her doting, long-suffering brother, Maurice (Spall), who has his hands full trying to keep the people he loves, including his cantankerous wife, Monica (Phyllis Logan), from tearing each other to shreds, the stakes feel suitably grave, even as the film's conceits remain firmly set on the concrete ground upon which the characters stand.

You could make the argument that the climax, with everyone meeting for a party that spirals into a searing, truth-telling exorcism, veers a little toward on-the-nose territory -- with Maurice eventually tearfully quoting the film's title at his squabbling brood -- but so much of the film is so perfectly realized, so much of the characters' pathos dearly earned, it feels like a minor quibble.

Reviewed from the Criterion Collection Blu-ray