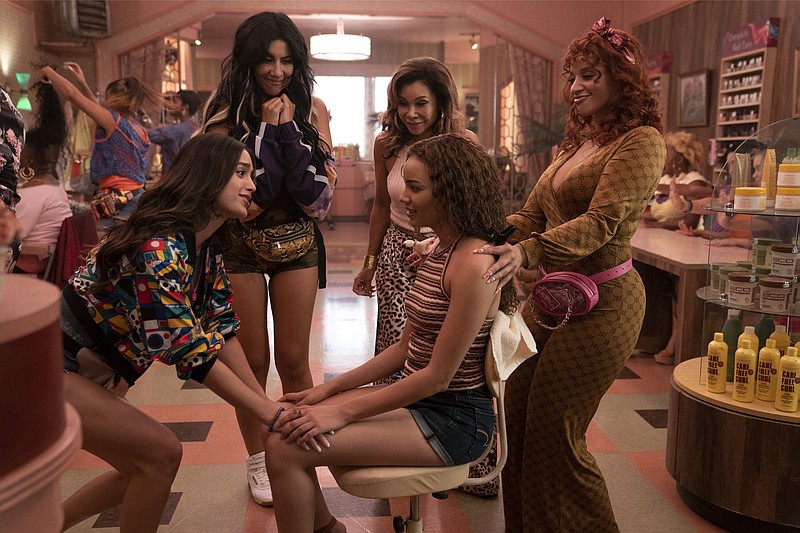 Adapting a musical to film is always a big risk. Some turn out great, like the 2012 version of "Les Miserables" and "Fiddler on the Roof" (1971). Both musical adaptations made a lot of money and tracked well with audiences. But the films for "Rent" and "Rock of Ages" went the opposite direction.

"In the Heights" deserves to be in the former group. The movie adapts a stage production that won the Tony for Best Musical after debuting on Broadway in 2008. The music, lyrics and original concept all came from the mind of Lin-Manuel Miranda, who everyone now knows from "Hamilton."

For those who have seen "Hamilton," the music and style in this film will sound similar in all the best ways. It'll be difficult for some folks not to compare the two works of art, even if their narratives and themes have nothing in common.

The story takes place over a few days centered in the tight-knit neighborhood of "Washington Heights," which is home to a largely Hispanic community. And although the audience is introduced to a larger cast of characters, the main arc is that of bodega owner Usnavi (Anthony Ramos), who has been saving every penny to buy his father's old bar back in the Dominican Republic.

Other main characters include Nina (Leslie Grace), who just returned to the neighborhood after her first year at Stanford, Vanessa (Melissa Barrera), an aspiring fashion designer working hard to get out of the neighborhood and Benny (Corey Hawkins), a steadfast cab dispatcher who remains dedicated to his job.

Other cast members may surprise the audience. "Star Wars" fans will recognize Jimmy Smits, and "Brooklyn 99" fans will be shocked to see Stephanie Beatriz in a role very different from that of Rosa Diaz. Even Miranda makes a few appearances as a man selling piragua (a Puerto Rican treat similar to snow cones).

"In the Heights" delivers big on themes like small dignity and dreams. Every character has a clear goal, and the film gives them each plenty of time to work their way up to achieving their dreams, whether it's Usnavi trying to get home to claim his father's bar or Nina trying to make peace with a prideful father who doesn't quite seem to listen to her.

Nina's story line in particular deals heavily with race and the prejudice she faced at Stanford. The story she relays about her time among wealthy elites in California is sure to make the audience cringe in self-realization that not everyone is treated equally in America.

The audience will get another dose of reality in Vanessa's search for an apartment outside of Washington Heights and the hoops her potential landlord makes her jump through -- hoops that people with lighter skin don't have to even look at. "In the Heights" isn't afraid to make its audience uncomfortable.

Of course, the two biggest things audiences look for in a musical are the singing and dancing. "In the Heights" excels in both of these departments. Usnavi can rap from sunup to sundown, and every word and phrase is just as crisp in Spanish and English. This is true for every performer in the film, from Benny to the piragua salesman.

Every song is a gem to behold, but better yet, each track has its own unique energy, whether it's wigs in the background turning toward whoever is singing during "No Me Diga" in the salon or all the incredibly tight and speedy dancers at the bar during "The Club." The energy of each song and dance carries the audience to the next number and keeps the excitement up for the entire movie.

One of the biggest challenges with translating a stage musical into a film is finding a way to keep the flow of the original script and songs while not letting the audience know it's watching a musical. More people watch movies than musical plays. They see movies on the big screen, their television, at the drive-in, their iPad, and more. Musical plays are typically only watched in a theater. They're dependent on a select group of actors being available and putting on the same show for a small window of time.

Some movie fans simply will not drag themselves to the theater to watch a live 2- or 3-hour production. But if a musical is translated well into film, it'll reach those movie fans who wouldn't pay $50-$100 to see it live. In their minds, it becomes just another movie they love, like "The Blues Brothers."

Fortunately, Jon M. Chu ("Crazy Rich Asians") succeeded and made a near-perfect film from an award-winning musical. The cinematography for "In the Heights" is inventive and definitely adds to the movie. One of the scenes that highlights this comes toward the end when Benny and Nina sing "When the Sun Goes Down" and dance on the side of a tall building. It's a neat optical effect that wouldn't have been possible in a traditional stage musical.

If "In the Heights" has one flaw it's the lack of believability in Usnavi and Vanessa's relationship. It's hard to tell if this falls on Ramos' and Barrera's shoulders or the screenwriters. Either way, these characters seem to fall in love because the movie wants them to and not because they want to.

It's also worth noting that some may find the film's ending to be a little too Hallmark-ish. The story's conclusion is "the real treasure was the friends we made along the way" and "home is where the heart is." Some people will love that. Others might find themselves wishing for a different ending.

"In the Heights" is absolutely worth watching, whether watched in a movie theater or on HBO Max. 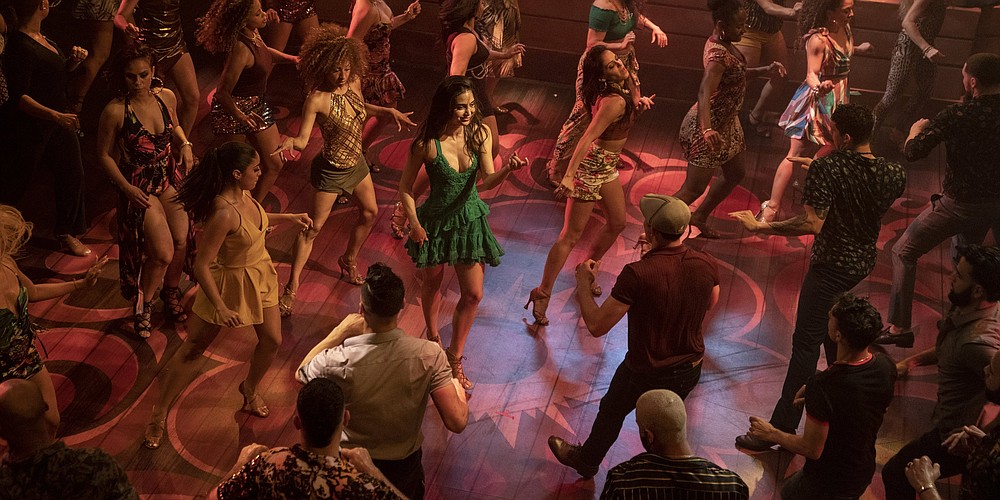