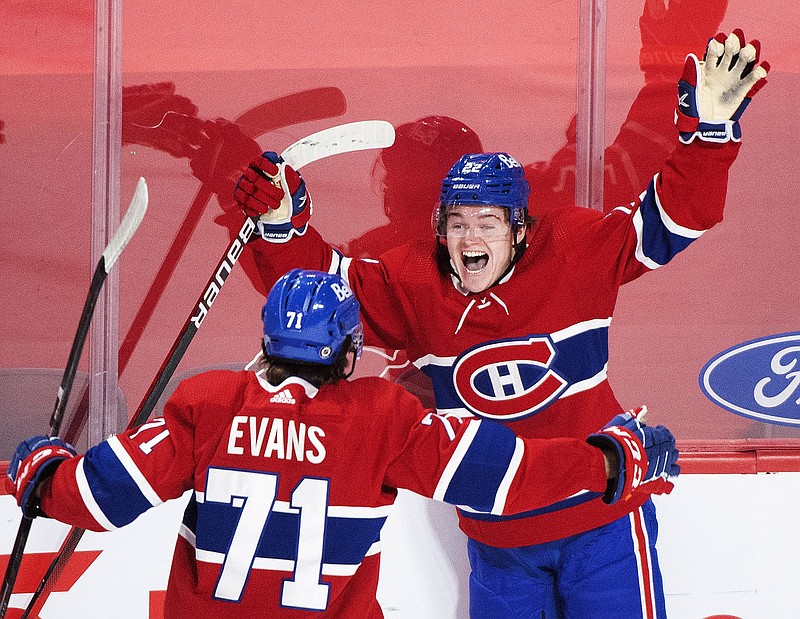 Montreal’s Cole Caufield (right) won the Hobey Baker Award as the NCAA’s top player at Wisconsin earlier this year. Now he’s been a key component of the Canadiens’ Stanley Cup run. The Canadiens face the Vegas Golden Knights in the conference finals, with Game One set for Monday. (AP/The Canadian Press/Graham Hughes)

Caufield was dominating college hockey just two months earlier and suddenly at age 20 had become a key player for the NHL's most storied franchise. Along with Colorado forwards Alex Newhook and Sampo Ranta, and Florida goaltender Spencer Knight, Caufield's success jumping right into the playoffs fresh off playing a full college season could inspire more teams to infuse fresh blood into their lineups at the most intense time of year.

"Any team that's gone through a year is looking for some sort of spark, some sort of hope," said Tony Granato, who coached Caufield at Wisconsin. "There is nothing better for a lineup than young energy entering the locker room and being able to add some speed and young legs into the lineup. Every team needs it."

There's no doubt the Canadiens needed Caufield. They are 7-1 since he joined their lineup. Montreal's transformation was so remarkable even NFL All-Pro J.J. Watt noticed.

"Caufield has been an absolute playmaker since being added to the lineup," Watt tweeted. "Great call by whoever suggested that."

That would be Coach Dominique Ducharme, whose trust of Caufield developed gradually. While Caufield's 52 points in 31 games at Wisconsin propelled him to win the Hobey Baker Award as the NCAA's top player, those didn't matter much when transitioning through a quick stint in the American Hockey League and joining the Canadiens in April.

Caufield put up five points in his first 10 NHL games and has four important assists in the playoffs, but the 5-7 dynamo showing he could hang in the pros was about more than producing offensively. Former NHL scout Dave Starman said Caufield is more confident than ever handling the puck in his own zone, and the commitment to becoming an all-around player hasn't gone unnoticed by his coaching staff.

"Any time we bring up a detail with or without the puck or we talk about something on his game or the team game, he really pays attention and you can see if he gets back in the same situation, he will react differently," Ducharme said. "He's really committed to his game and to the team, so putting him on the ice and seeing how he gets better on those little things every time he steps on, that's how as a coach you gain more and more confidence."

For all the confidence Caufield shows on the ice, he oozes humility at the same time -- something Granato believes is crucial when joining an NHL team late in the season as a young player.

"You learn from each game, and you kind of grow and make adjustments along the way," Caufield said. "But the guys have made me feel pretty comfortable, and the coaching staff has done a great job of welcoming me in and teaching me real fast how to play here."

"It's the NHL and it's the best league in the world and right now we cannot think about what this guy did two months ago," Ducharme said. "It's really right now what's going on and who's playing well."

That's certainly Caufield, who set up Nick Suzuki for the overtime goal that kept the Canadiens alive against Toronto and Tyler Toffoli for the other that eliminated Winnipeg and put them into the third round. The smiles on older players' faces matched Caufield's seemingly permanent grin in that moment and showed the value of adding fresh young talent when the games matter most.

"When a guy like Caufield can jump into the Montreal Canadiens lineup and add that type of energy to a team, Corey Perry gets better, Eric Staal gets better, Shea Weber gets better, Carey Price gets better because this young hungry kid's flying around," Granato said. "You can't put a measuring stick upon actually what that means to a locker room." 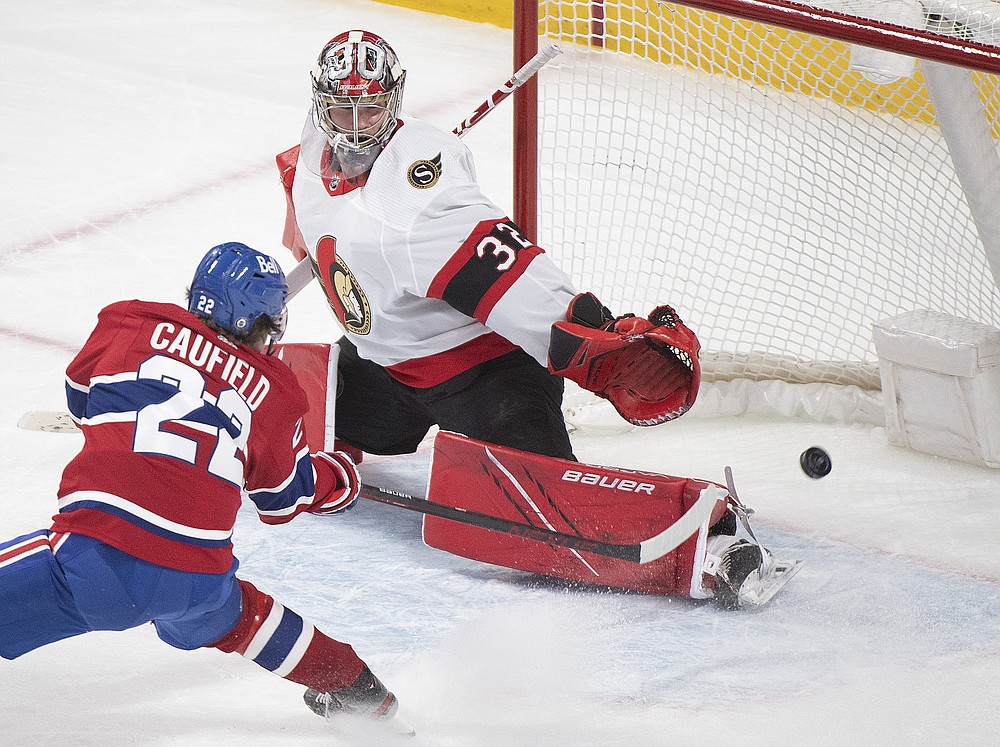 FILE - In this May 1, 2021, file photo, Montreal Canadiens' Cole Caufield scores against Ottawa Senators' goaltender Filip Gustavsson during overtime of an NHL hockey game in Montreal. Caufield was dominating college hockey in late March and by late May was a regular in the lineup of the most storied franchise in the NHL, helping the Canadiens advance to the third round of the playoffs. (Graham Hughes/The Canadian Press via AP, iIle) 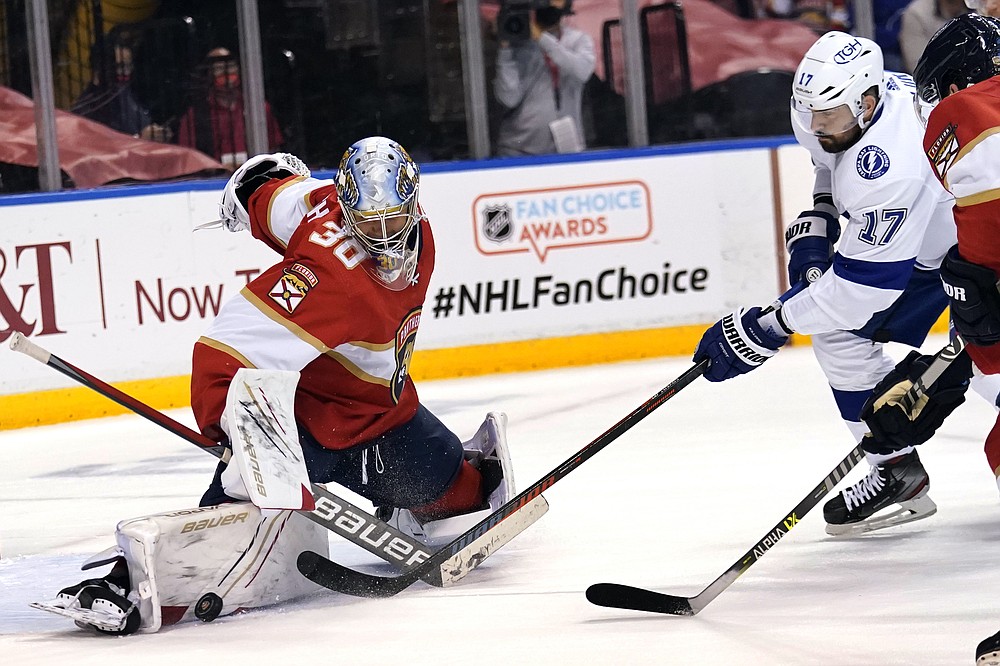 FILE - In this May 24, 2021, file photo, Florida Panthers goaltender Spencer Knight (30) stops a shot on the goal by Tampa Bay Lightning left wing Alex Killorn (17) during the first period in Game 5 of an NHL hockey Stanley Cup first-round playoff series in Sunrise, Fla. Knight went from playing in college to making an impact on his team at the most important time of the year. (AP Photo/Lynne Sladky, File) 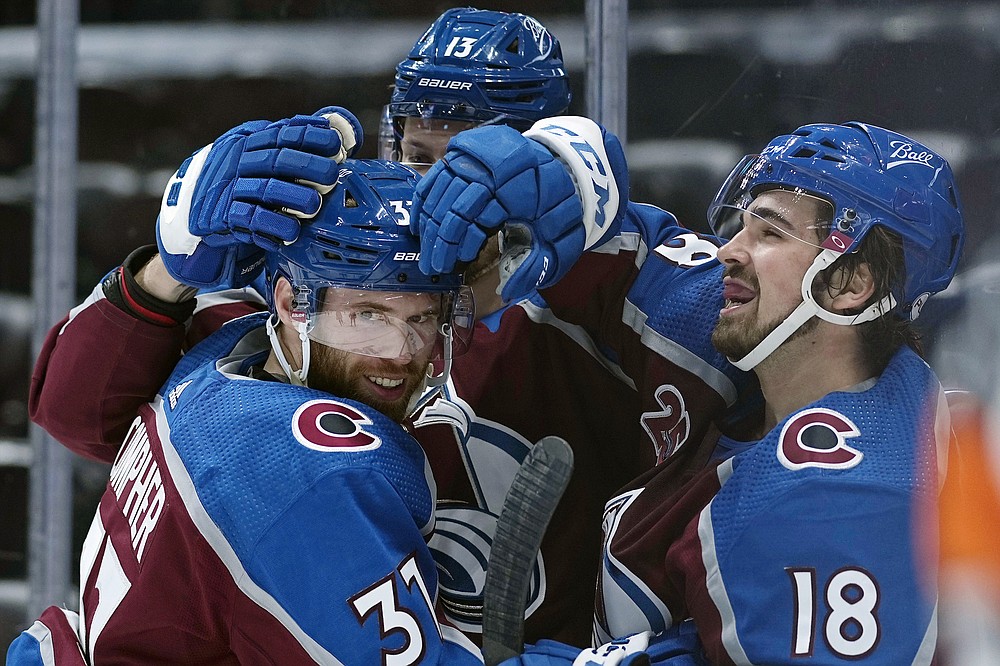 FILE - In this May, 12, 2021, file photo, Colorado Avalanche left wing J.T. Compher (37) is congratulated by teammates Valeri Nichushkin (13) and Alex Newhook (18) after scoring his third goal against the Los Angeles Kings during the second period of an NHL hockey game in Denver. Newhook went from playing in college to making an impact on his team at the most important time of the year. (AP Photo/Jack Dempsey, File)
ADVERTISEMENT