Phelps gone but others aim to fill void 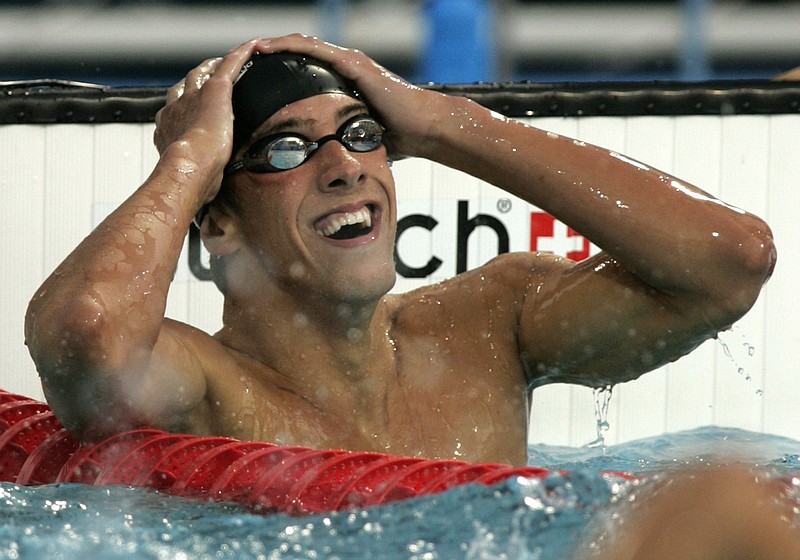 FILE - In this Aug. 14, 2004, file photo, Michael Phelps, of the United States, reacts after winning the 400-meter individual medley at the Olympic Aquatic Centre during the Olympic Games in Athens. For the first time since 1996, the U.S. Olympic swimming trials are being held without the sport's biggest star, the guy who won a staggering 23 gold medals and 28 medals overall at the Olympics. (AP Photo/Mark Baker, File)

OMAHA, Neb. -- Not long after rolling into town, Michael Phelps would dutifully pop into the interview room to muse on his outlandish accomplishments in the pool.

There was always an extra bit of excitement in the arena when he arrived, even if he rarely revealed anything of great importance.

Like Jordan and Ali and Biles -- any athlete who looms over his or her sport like a supernova -- Phelps' mere presence was all that was needed to signal an event was something special.

For the first time since 1996, the U.S. Olympic swimming trials are being held without the sport's biggest star, the guy who won a staggering 23 gold medals and 28 medals overall.

"We were actually just texting about it last night," said Bob Bowman, who was Phelps' longtime coach and is now at the trials with a new group of swimmers. "I was like, 'It's kind of weird to be in here without you.' He was like, 'Yeah, I know. It's going to be strange.' "

But it's not necessarily a bad thing.

It's time for others to have their much-deserved time in the spotlight.

"Everyone knew he wasn't going to be here forever," Bowman said. "In basketball, Michael Jordan left, they moved on, and other sports have done the same when their icons have finished their careers. I think swimming will do the same. We have some very good young swimmers here, a very good crop of young people coming up. So I think in the years to come, there will be plenty of things for people to be excited about."

Phelps retired for good after the 2016 Rio Games, settling down with his wife and growing family in the Arizona desert.

He still carries plenty of gravitas within the sport -- most notably, revealing his struggles with depression during his career -- but the spotlight has been ceded to a worthy generation of successors.

From Katie Ledecky to Caeleb Dressel, from Simone Manuel to Nathan Adrian, from Ryan Murphy to Lilly King, there's no shortage of talent to carry on America's aquatic domination.

"Our U.S. team is stacked," said former swimming star Matt Biondi, who created a similar void when he retired after the 1992 Barcelona Games. "We have strong contingencies on both the male and female sides."

None of them is likely to be the next Phelps.

They don't have to be.

With what they've accomplished already and what is still to come, there is little doubt "The Star-Spangled Banner" will be played in heavy rotation at the sparkling new aquatic center in Tokyo.

"They'll have more opportunities because Phelps isn't there," Biondi said. "Phelps carried the torch and ran the miles. Now, he's passing it off."

King and others are ready to claim it.

"We always do great," she said. "I don't know why we'd think it wasn't going to be great just because Michael's not here."

Of course, Phelps' retirement still stings a bit, even though it's been nearly five years since his last race in Rio.

He was a truly transformational figure -- someone who inspired others to get in the pool, attracted new fans to the sport, and became a pop-culture icon.

Phelps benefited his sport in other ways.

There were swimmers who undoubtedly pushed their training even harder and performed even better because they were chasing a legend.

Ryan Lochte was one of them.

He beat Phelps a handful of times, and their rivalry propelled each of them to greater heights.

At 36, Lochte is back in Omaha trying to make a record-tying fifth Olympic team.

"It didn't matter if Michael Phelps wasn't there anymore, there's always going to be someone next," said Lochte, who now trains alongside Dressel. "It's just how the sport is evolving."

Still, it's not a stretch to speculate that Lochte might be a little more motivated, might be going a little bit faster, if Phelps was still competing.

There is no debate about Phelps' impact on swimming's popularity.

His first trials -- at Indianapolis in 2000 -- were held in a cramped, 4,700-seat natatorium. Now, the trials are being held for the fourth consecutive time at a temporary pool inside a 17,000-seat arena in downtown Omaha.

At the 2008 Beijing Games, the swimming finals were moved to the morning in China so they could be shown in prime time in the United States -- largely because of Phelps' successful quest to win a record eight gold medals.

Now, his work is done.

The sport he left behind will be just fine.

It's just going to take a group effort. 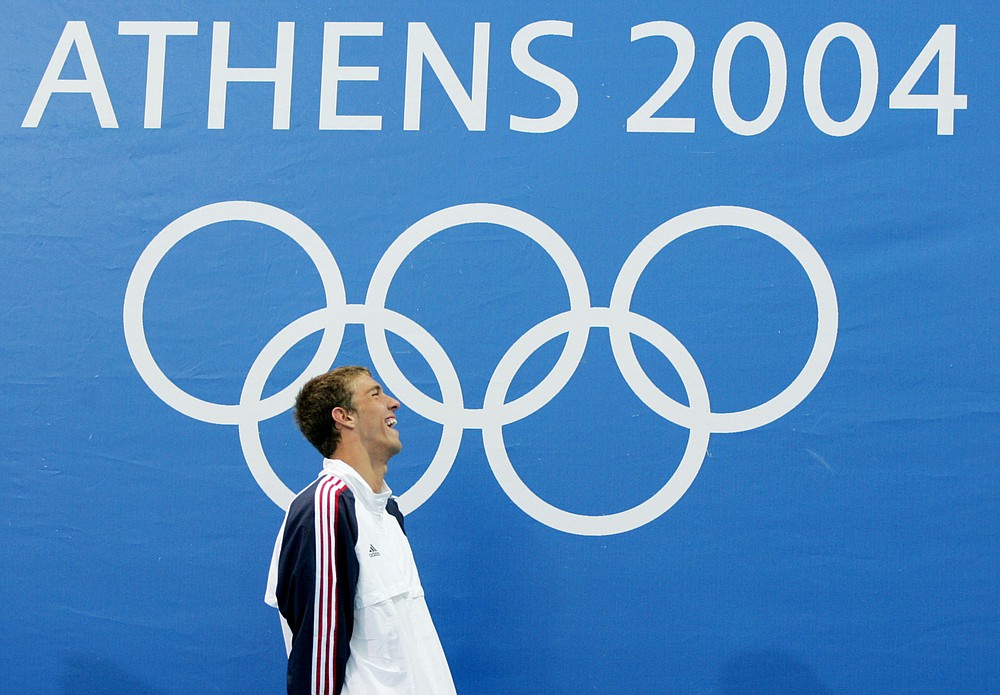 FILE - In this Aug. 14, 2004, file photo, Michael Phelps, of the United States, smiles after his win in the 400-meter individual medley at the Olympic Games in Athens, Greece. For the first time since 1996, the U.S. Olympic swimming trials are being held without the sport's biggest star, the guy who won a staggering 23 gold medals and 28 medals overall at the Olympics. (AP Photo/Mark Baker, File) 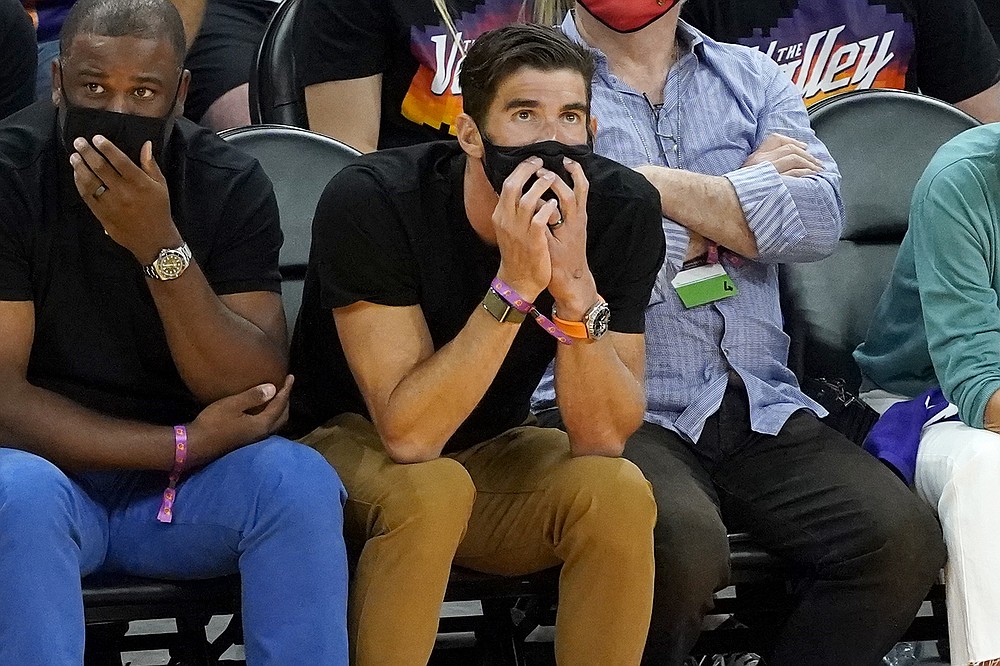 Former olympic swimmer Michael Phelps watches the Phoenix Suns and the Denver Nuggets 118during the first half of Game 2 of an NBA basketball second-round playoff series, Wednesday, June 9, 2021, in Phoenix. (AP Photo/Matt York) 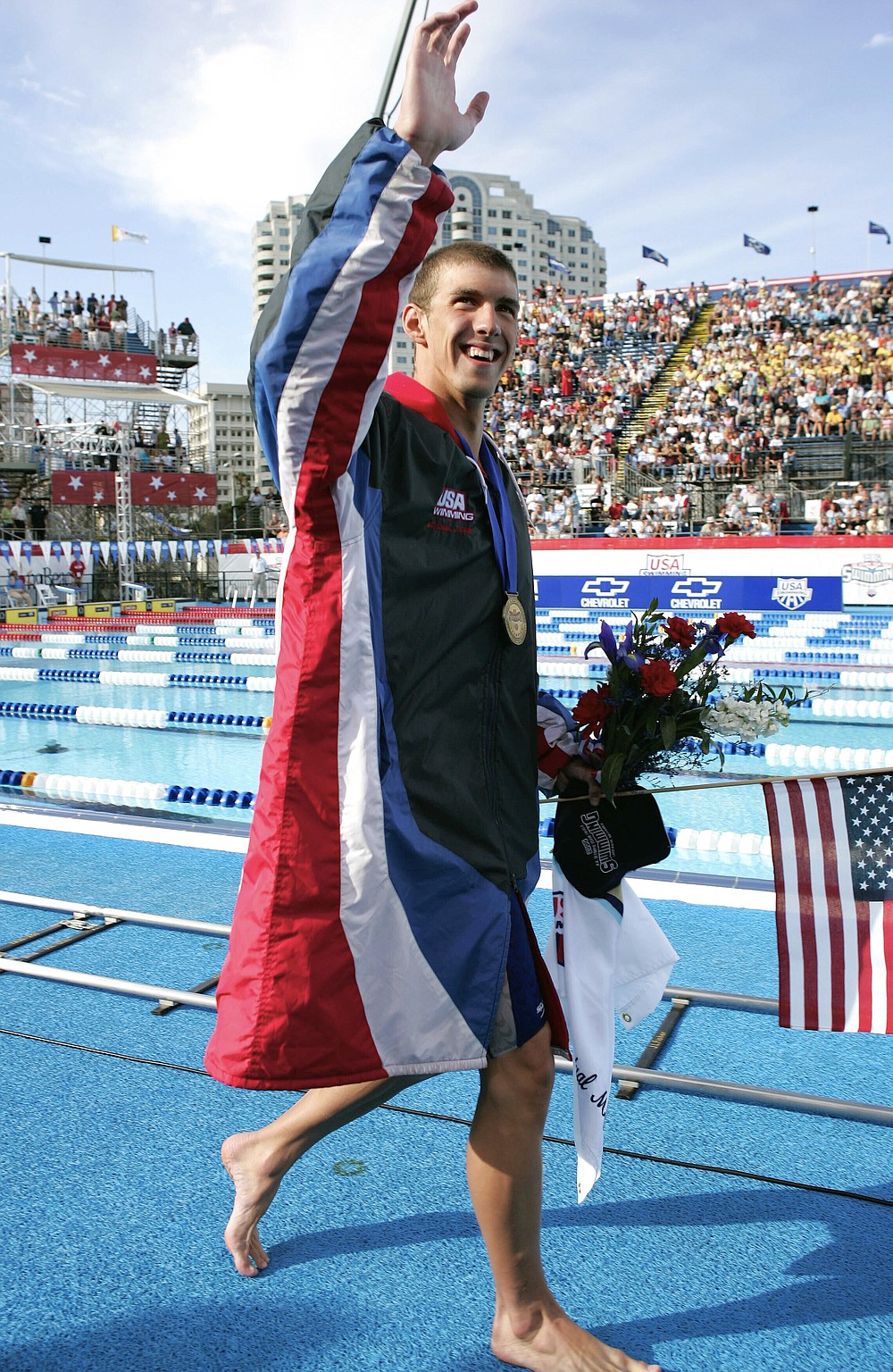 FILE - In this July 7, 2004, file photo, Michael Phelps celebrates after breaking his own world record in the 400-meter individual medley with a time of four minutes, 8.41 seconds at the U.S. Olympic swimming trials in Long Beach, Calif. For the first time since 1996, the U.S. Olympic swimming trials are being held without Phelps, the sport's biggest star, the guy who won a staggering 23 gold medals and 28 medals overall at the Olympics. (AP Photo/Mark J. Terrill, File)
ADVERTISEMENT