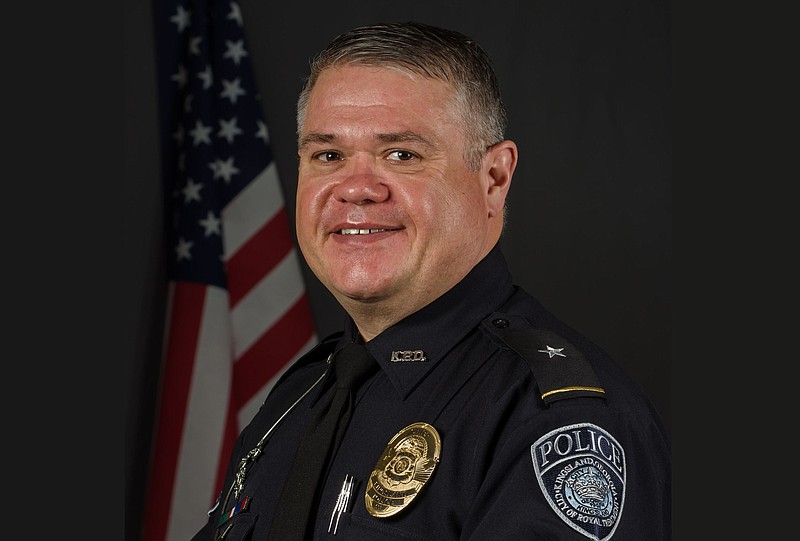 The lone candidate for Pine Bluff police chief has also apparently applied for the top cop job with the Austin, Texas Police Department.

According to an article in the Austin American-Statesman, Robert Jones, who is arriving in Pine Bluff today for a three-day visit to be shown around town and interviewed for the Pine Bluff position, is one of more than two dozen candidates for police chief in Austin. Jones is the current police chief in Kingsland, Ga., where he has worked for almost two years.

The information was gained through a public records request from the newspaper. The story was published online Wednesday. The headline on the story is: "Meet 25 candidates who want to be Austin's next police chief." The request included the candidates who had applied by May 17.

Each of the 25 got one or two sentences of description, with the one for Jones saying: "Was named lone finalist for chief in Pine Bluff, Ark. this week. At the time he applied, he was chief in Kingsland, Ga."

Jones will take a tour of Pine Bluff today on a trolley with Mayor Shirley Washington and other city leaders, and then he and his family will be treated to dinner at a local restaurant.

On Monday, the public is invited to meet Jones and submit questions from 6 to 8:30 p.m. at the Pine Bluff Convention Center. Earlier in the day, Jones will meet face-to-face with committee members at 10 a.m. at Jefferson Regional Medical Center's Merritt Chapel, with City Council members to join Jones at 11:15 a.m. at the hospital.

Jones will also meet and have lunch with various business leaders Tuesday.

"During his three-day trip, the chief will also tour the community, meet with elected officials and key community partners, undergo a final interview with the selection committee, and visit multiple city departments," according to a news release from the city.

A 22-year veteran of law enforcement, Jones has served for almost two years as police chief in Kingsland, a suburb of Jacksonville, Fla. He previously was a warden in the Carroll County Correctional Institution in Georgia.

Neither Jones nor Washington could be reached for comment. The city received 30 applications by April for the position of police chief.

Jones is bidding to replace Kelvin Sergeant, a 26-year member of the Pine Bluff Police Department who has served as chief for the past three years. Sergeant, 49, will retire July 1.