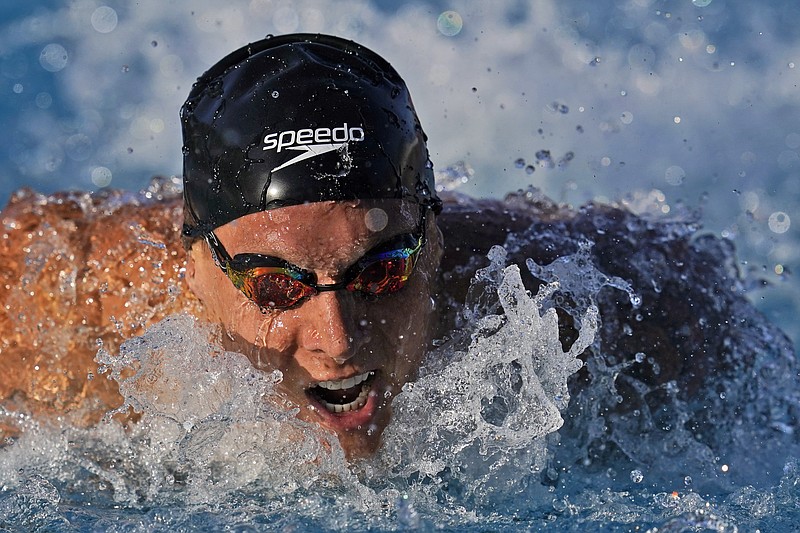 OMAHA, Neb. -- Caeleb Dressel wants to command the Olympics the way he's done at worlds. Katie Ledecky is seeking to extend her dominance. Ryan Lochte is going after his fifth -- and last -- Olympic berth. A couple of teenage girls have designs on shaking up the veterans. Simone Manuel and Lilly King are back, too.

After a year-long delay because of the coronavirus pandemic, the U.S. Olympic swimming trials get underway looking a bit different. Masks are as much a part of the equipment as suits, caps and goggles, along with frequent testing for covid-19.

The eight-day meet begins today in a temporary pool inside CHI Health Center in downtown Omaha, the fourth time the U.S. team has been selected in Nebraska. Michael Phelps began his historic run to eight Olympic gold medals by making the team at the first trials held in Omaha in 2008.

He retired after Rio in 2016, leaving Dressel to pick up Phelps' mantle as the world's dominant male swimmer. He had a Phelps-like performance at the 2019 world championships, winning a record eight medals, including six gold. At 2017 worlds, he won seven golds.

"I don't think that falls on my shoulders alone," Dressel said. "Michael was one guy within USA Swimming, but he wasn't USA Swimming. That's what makes USA Swimming so strong is the team and as a collective whole."

In the Phelps' era, swimmers were essentially competing for one spot because he earned the other. Now, things have opened up considerably on the men's side.

The pandemic forced several changes at trials, including reducing arena capacity to half of its usual 17,560. The trials were split into two different meets, with the slowest swimmers competing a week earlier to avoid overcrowding. Those who finished first or second advanced to this week's competition, which NBC will air every night in prime time.

"The kids are dying to race," said Ray Looze, who coaches Olympic champion breaststroker King. "I think there's going to be some world records that go down because there's been some people that have had to go through a great deal, and they really, really want it bad."

Defending Olympic backstroke champion Ryan Murphy can't wait to swim in front of a live, loud crowd after fans were banned from meets during the pandemic.

"It really does add a level of adrenaline behind the blocks," he said, "and it makes us feel like we're doing something really cool when people are cheering, when they're invested."

Manuel made history in Rio as the first Black woman to win an individual swimming gold medal, tying Canada's Penny Oleksiak in the 100 freestyle. She took silver in the 50 free. Manuel has continued to be one of the world's best sprinters over the last five years. Out of the water, she's used her fame to discuss race and push for more diversity in her sport.

"I'm really excited to be here, knowing the challenges that I faced this year and how far I've come," she said.

The U.S. trials are often considered more competitive than the Olympics. Those who finish third -- and miss the team -- would often be in the hunt for a medal at the games. Even the biggest names are worried about getting their hand on the wall because only the top two finishers earn Olympic berths. Those finishing in the top six of the 100 and 200 freestyles can also qualify.

"There's a lot of hype on and you can get discouraged," Lochte said. "So just stay calm and just enjoy it." 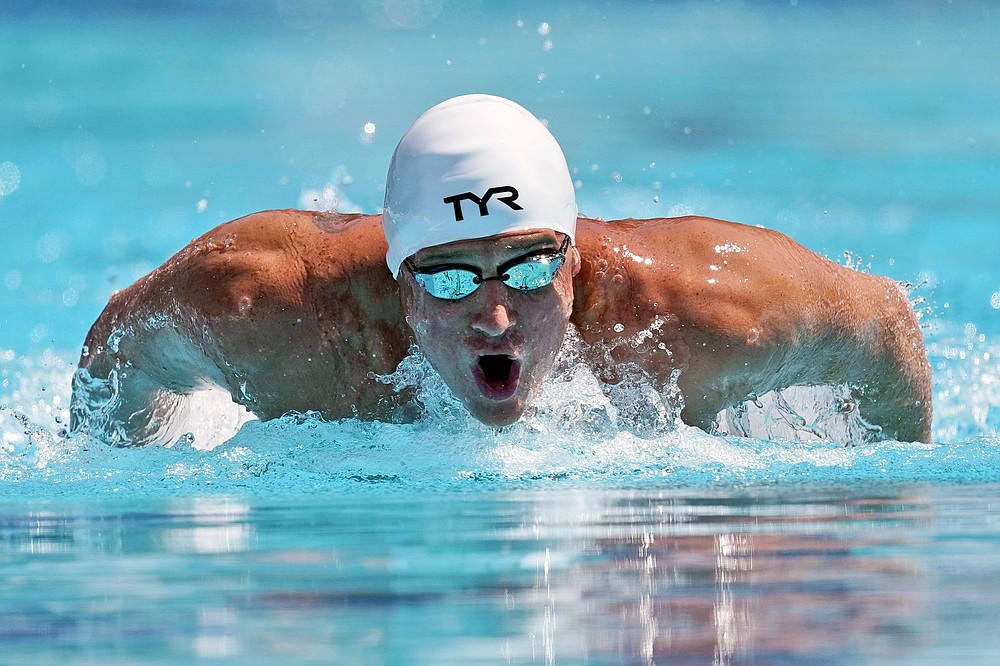 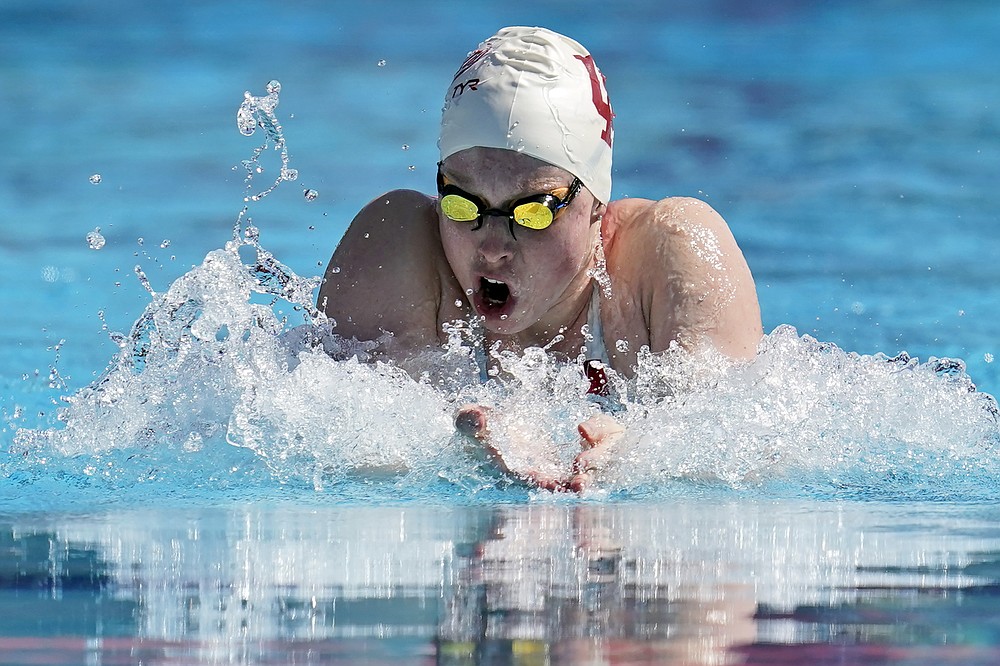 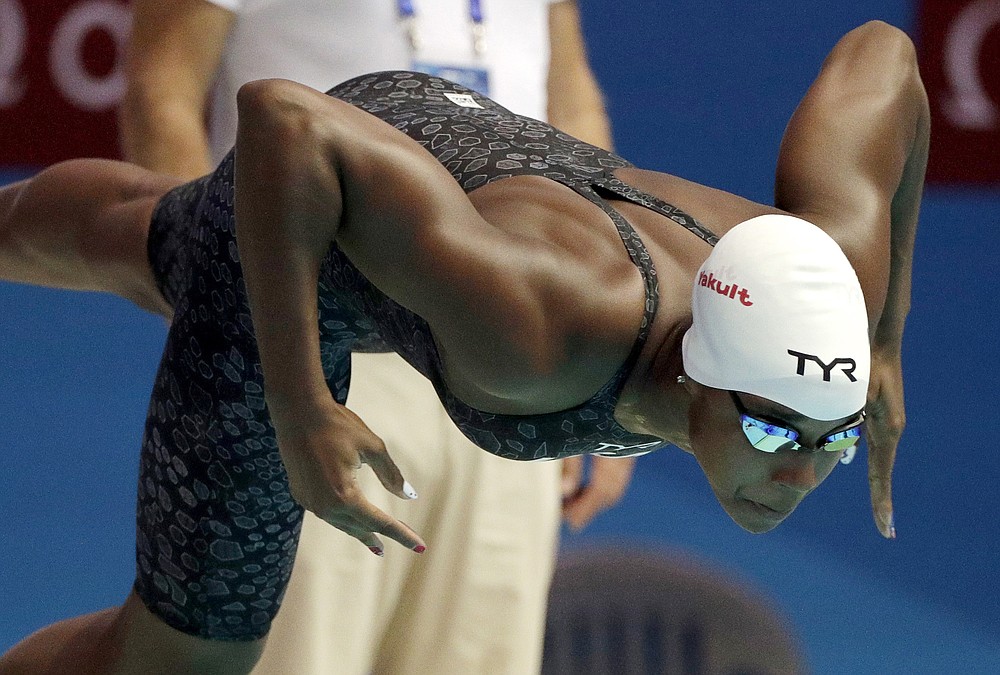 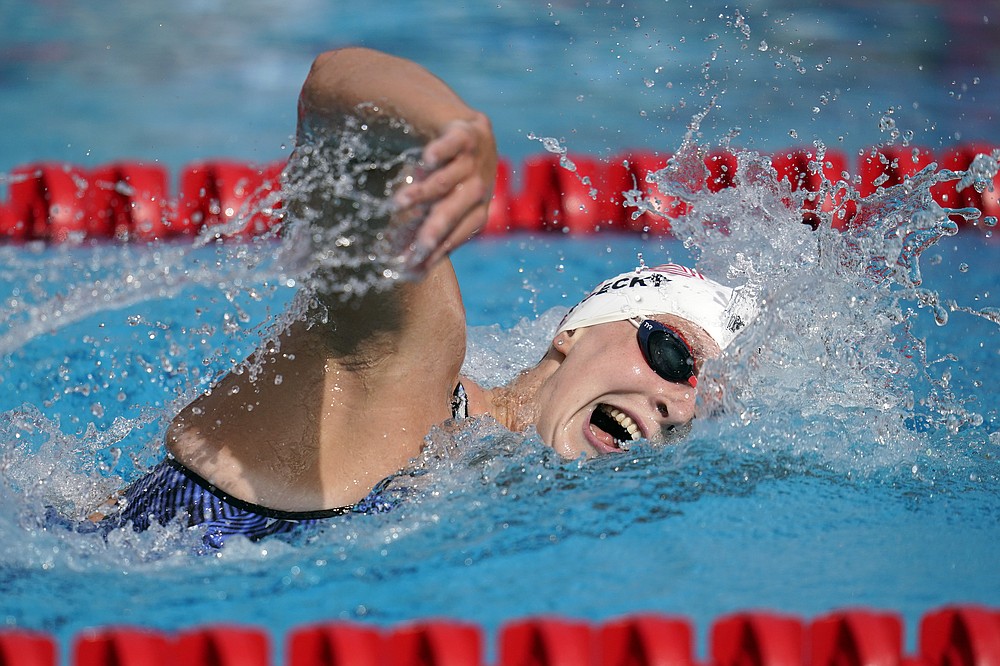