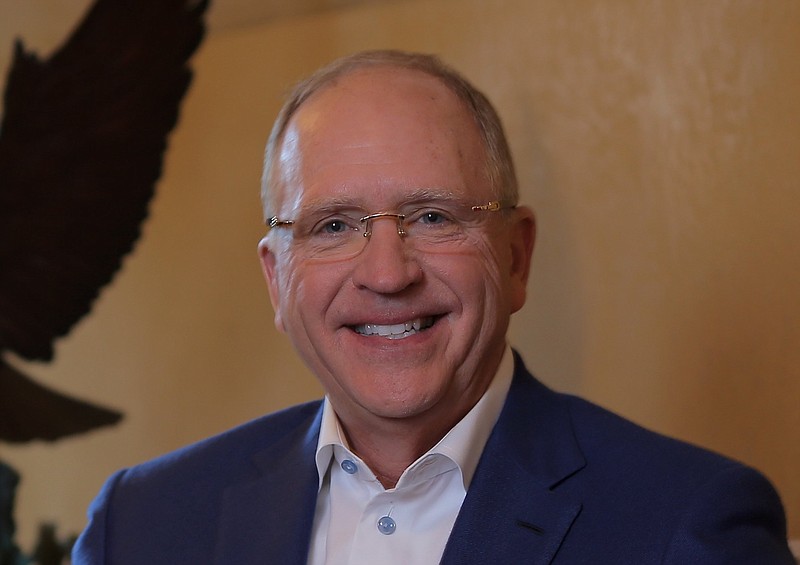 The system's investment return in the quarter that ended March 31 is 4.21% to rank in the top 9% of public pension systems, said Larry Middleton, executive vice president for Stephens Inc.

"It is really nice to have this recent performance," he told the system's trustees Thursday.

"We look forward to providing some numbers through the end of June that I think are going to be comparable" to the report for the last quarter, Middleton said.

Afterward, Middleton said that since March 31, the system's investments totaled $2.99 billion in value as of the close of business Wednesday night.

The system's target rate of return is 7.5% a year, and that is outside the range that its actuary considers reasonable, said Heidi Barry of the actuary, Gabriel, Roeder, Smith & Co.

In March 2020, the system's trustees decided to stick with a projected annual investment return of 7.5%, after Gabriel had suggested reducing the targeted return to between 6.25% and 7%.

Their employers contributed $133.2 million to the system in calendar year 2020 and members paid $26.5 million; the system paid out $156 million in benefits, according to a report to the system's board of trustees.

Clark said Act 722 of 2021 grants the system's board of trustees authority to implement an additional charge or "disability load" to employers with excess cases of disability, starting Jan. 1, 2022.

"In practical terms, there are two reasons adding a disability load to any employer contribution rate will not occur for several years," he wrote in a memo to the system's board of trustees.

Employers have been provided guidance for best practices for hiring and retention, and the system has implemented improved processes for disability applicants, while also amending the duty disability benefit designations, Clark said.

"It makes sense to allow time for these measures to yield their results," he wrote in his memo. "It would be at that point the Board could determine if specific employers have disability experience that outpaces other employers and, therefore, supports a disability load."

Actuaries often compare the unfunded liabilities to a mortgage on a house.

The trustees voted to grant Clark a 2.5% career service award.

The career service award works the same for all staff members and is available to those who have already reached the top of their salary range, Clark said.

The career service award is a one-time gross payment effective with the anniversary date of hire, assuming a favorable annual performance review occurred, and "the one-time gross amount for me will be $4,895.52 and will occur with the second payroll cycle in July," he said. "Since it is a one-time payment, the annual pay, which is $195,821, will not change."

Staff members who have not reached the top of their pay ranges are eligible for a merit increase that ranges from 2% to 4%, based on receiving a favorable annual performance review, he said. "Whether it is a merit increase or career service award, the criteria is the same for all eight staff members of the retirement system -- what were the results of the annual performance review?"

Arkansas Legislative Audit will conduct a full audit of the system after the Legislative Joint Auditing Committee on June 4 approved a request for the audit from state Sen. Bob Ballinger, R-Ozark.

"This is an important entity that receives tax dollars, but has little to no legislative oversight," Ballinger wrote in a letter dated March 29 to the audit committee co-chairmen, Sen. Ronald Caldwell, R-Wynne, and Rep. Richard Womack, R-Arkadelphia.

Asked about the audit, Clark said in a written statement, "we will certainly respond to their inquiries and help move the process along."