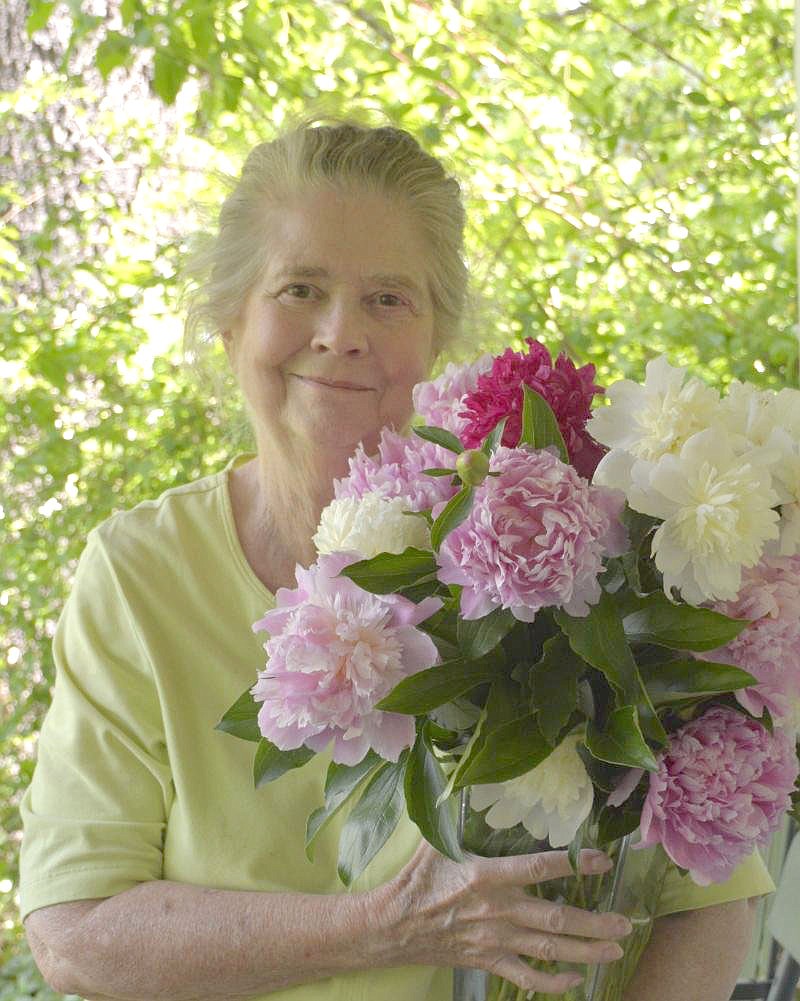 Anne Prichard visited her family's farm near Kessler Mountain, just south of Fayetteville, every summer when she was a little girl.

"I grew up coming to the farm in the summertime because Houston was so darn hot before the air conditioning started, and there weren't so many mosquitoes up here," says Prichard, 83.

She enjoyed watching insects that burrowed into the sandy road, pigeons that flew in and out of the barn, and the chickens and pigs that wandered around. She remembers her uncle, who stayed on the farm after his siblings got their higher education degrees and started careers, treating the barn cats to streams of milk from the cows.

The family moved to the farm from Everton, Mo., trading their general store for 80 acres of pear and apple orchards in Northwest Arkansas.

Prichard's father, Benjamin Franklin Johnson III, had just completed a degree in landscape architecture from Harvard University when he designed the big white barn in 1933. The family paid 14 people $1 a day to build it, larger than they really needed it to be, during the Great Depression, she says.

When her father died in 1991, the family had amassed almost 400 acres, which was divided between Prichard and her brother.

Prichard has helped see the 168-acre farm, including a 1925 Craftsman style house and the barn, protected through a conservation easement with the nonprofit Northwest Arkansas Land Trust. She gets a tax credit each year, she says, which allows her to "take care of the pond and paint the barn."

Prichard's mother, a librarian from New York, met her father while he was working in that state's greenbelt towns, government-sponsored towns designed to provide low-cost housing for people during the Depression.

Prichard was born in Birmingham, Ala., but her family moved to Houston when she was 3 months old.

She graduated early from Mills College in Oakland, Calif., and used the money allotted for senior year expenses to finance a tour of American museums, finishing up with a summer art session in Cambridge. She returned to Houston, and audited classes in architecture and philosophy at Rice University.

She studied art history in graduate school at Harvard University.

"I wasn't really prepared for such a fine experience," she says. "There were too many interesting young men in the Boston area. I went out all the time -- too often -- instead of making a good academic record."

She became an assistant to the curator at the Allen Memorial Art Museum in Oberlin, Ohio, and saved money to go to Europe the following year. Back in Houston, after her trip, she spent her time painting and going to museums.

She was working in a Carnegie Library in Houston when a college friend who owned a gallery in La Jolla, Calif., sought her help.

"I drove a little Morris Minor car to California and I lived in Delmar and worked in La Jolla," she says. "I had a chance to see the Pacific Ocean every day and watch the sunset from the beach. I've been so lucky."

She was accepted to the University of California at Berkeley, and her father encouraged her to leave her car at home and focus on her grades. That strategy worked -- she got a scholarship for the second half of her master of library science program.

Prichard had fallen in love with Joseph Dallett, her German professor in Cambridge, so after graduation she applied for a job at Smith College in Northampton, Mass. She and Dallett married in 1966.

They had lived in Ottawa, Ontario, Canada, for 13 years when Prichard moved back to the farm to care for her father following her mother's death. In the six and a half years she served as his caretaker, she had the pond built and the barn painted and she joined the Daughters of the American Revolution.

She later met and married Bob Prichard, who shared her interests in genealogy and history. She resigned from her position in the library at the law school to care for him when he became ill. He died in 1995.

After his death, she worked in the Fayetteville Public Library. She retired as supervisor of the special collections room at the University of Arkansas in 2007.

She lives at Butterfield Trail Village in Fayetteville, where she has a balcony full of plants. She enjoys reading, nonfiction mostly, and fiction by female authors. She especially enjoys Arkansas history.

"It's always fun for me to talk about this wonderful family," she says. "I have created 77 boxes [of documents and photos chronicling her family's history] that will go to Special Collections. ... I think it's a wonderful record of a family in Northwest Arkansas from 1908 until the present time."

Prichard recently had the same painter from 30 years ago return to give the barn a fresh coat of white paint.

"I told him it was my swan song and he told me it was his also," she says.