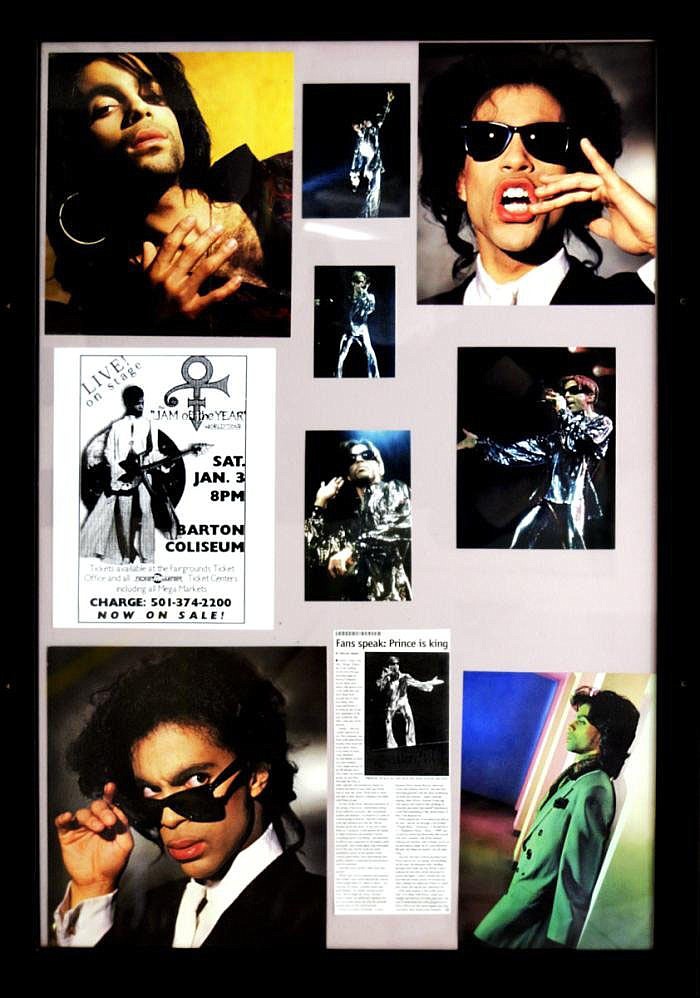 Prince brought his show to Barton Coliseum for a 1998 concert.

For decades, there had been a rumor that there were thousands of unused Lynyrd Skynyrd tickets stored somewhere at Barton Coliseum on the Arkansas State Fairgrounds in Little Rock.

The Southern rockers were booked to play the venue on Oct. 22, 1977, but never made it. The band's plane crashed on Oct. 20 near Gillsburg, Miss., killing vocalist Ronnie Van Zant, guitarist Steve Gaines, backing vocalist Cassie Gaines and five others.

The fate of the tickets to the show was a mystery.

To have them would be a perfect addition to "Play It Loud: Concerts at Barton Coliseum," a new exhibit open this summer at the Old State House Museum to honor the venerable venue, the music that was played there and the fans who came to see the shows.

"Nobody knew where they were," says Old State House curator Jo Ellen Maack.

But then one day she got a call telling her the tickets had been found in a box under the stands at the coliseum.

"We are going to put those in a case along with the newspaper article about the crash," Maack says amid the ephemera and mementos being unpacked and readied for display at the Old State House.

Barton Coliseum has been host to many events -- Ice Capades, basketball games, wrestling matches, rodeos -- but "Play It Loud" focuses on the concerts played there.

"Play It Loud" was guest-curated by Robert Cochran, professor of English at the University of Arkansas in Fayetteville and author of "Our Own Sweet Sounds: A Celebration of Popular Music in Arkansas." It features about 700 artifacts including posters, T-shirts, buttons, gold records, programs, stage costumes and more spanning from the '50s up until 2019.

There are almost 50 instruments, including a guitar from Arkansas native Johnny Cash, a banjo from Grand Ole Opry member Grandpa Jones, Charlie Daniels' fiddle and a washboard used by Jim "Dandy" Mangrum of Black Oak Arkansas. There are also numerous guitars signed by musicians who played at Barton.

Some of the items come from private collections and some are from the Old State House, but most were part of the Arkansas State Fair collection. For years, memorabilia from concerts and musical acts was displayed in a space at the coliseum.

"It's quite a chore to keep tabs and keep track and properly preserve items that are 50 to 60 years old," White says. "The Old State House has beautiful facilities, and it really struck us that they were the natural choice to be the caretakers of arguably some pretty historically significant work."

An agreement was reached, and the Old State House took over the collection, which was substantial and also included memorabilia from the fair.

"It took us over eight months to gather everything," Maack says. "They were in multiple buildings; they were under the seats; it ended up being over 14,000 items. We kept finding artifacts."

Bill Gatewood is the director of the Old State House.

"We realized that there was so much music-related stuff that we could do an exhibit that stood on its own about Barton," he says.

The earliest show noted in the exhibit is a 1957 concert by Gene Autry and Little Rock native Gail Davis; the most recent were shows from 2019 featuring the Gin Blossoms, Sawyer Brown, Rick Springfield and the Oak Ridge Boys.

The campaign to build Barton Coliseum was headed up by its namesake, Col. Thomas H. Barton, an El Dorado oilman and founder and longtime president of the Arkansas Livestock Show Association. Work started on the arena in 1947, but it was hampered by materials shortages and a crane collapse that destroyed part of its then-unfinished roof.

Until the 1999 opening of what is now Simmons Bank Arena in North Little Rock, the 7,150-seat coliseum, with standing room that could include up to 10,000, was the state's largest indoor concert spot.

The venue was an ideal stop for acts criss-crossing the country on tour.

"Bands would play Dallas or Kansas City and play Little Rock before going to New Orleans or wherever they were headed next," Maack says.

It was also the place where countless fans got to see their first big show.

The aim of "Play It Loud" is a little different from the typical Old State House exhibit.

"With this exhibit, we're not going to drill you with information about Conway Twitty or Metallica. We're trying to bring people in and let them relive their memories. It's important to us for the visitor to come in and go, 'Oh, man, I was at that concert.'"

"It's about the Barton experience, not the artists," Gatewood says.

It's also a little special for Maack.

"It was a personal walk down memory lane," she says in a news release. "I grew up going to concerts at Barton in the 1970s and 1980s, and as I visit with people about 'Play It Loud,' it seems like everyone has a personal concert story to share. Even though we couldn't put in every artifact, I feel like we've represented the genres and decades well and hope this event bring about a nostalgic feeling for music fans." 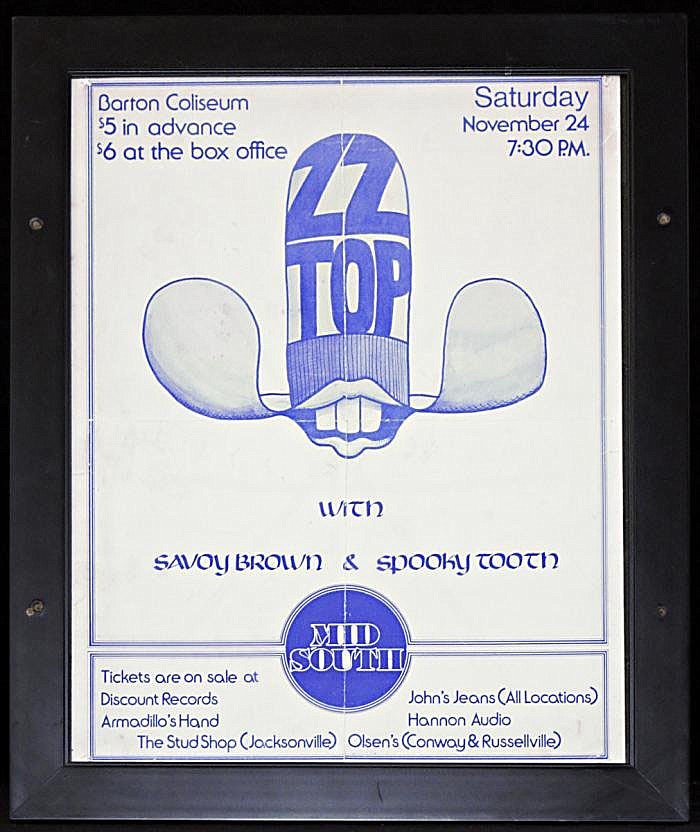 ZZ Top had an interesting poster touting its Barton Coliseum show with opening acts Savoy Brown and Spooky Tooth. The show was just $5 in advance and $6 at the box office. 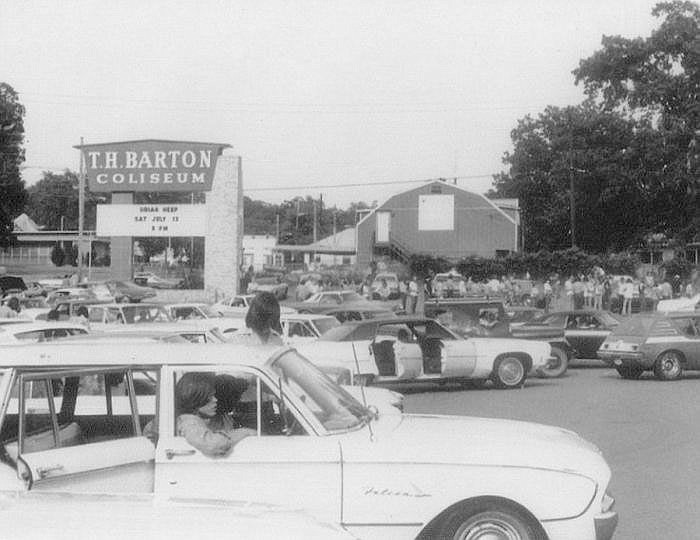 Concertgoers gather in the parking lot for a 1974 show at Barton Coliseum. For years, the arena at the Arkansas State Fairgrounds was the largest indoor concert venue in the state. 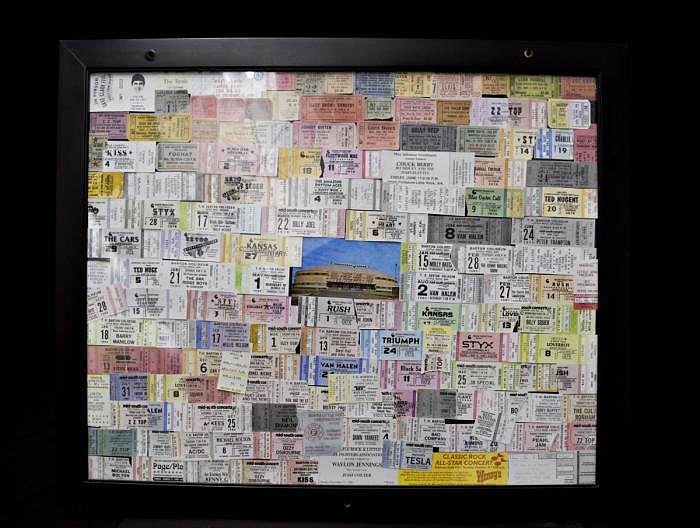 A collection of ticket stubs to shows at Barton Coliseum. 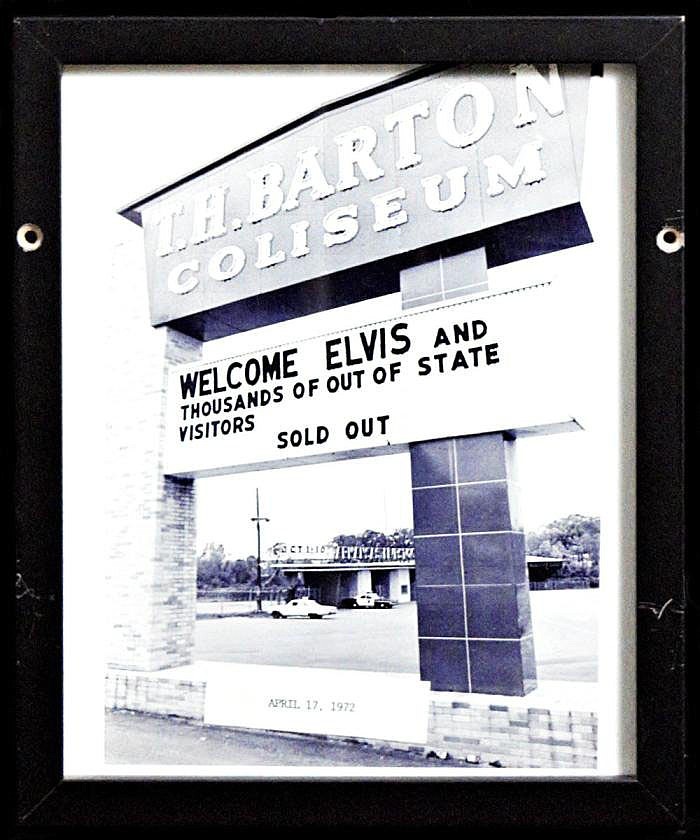 Elvis Presley played a sold-out show at Barton Coliseum in 1972. 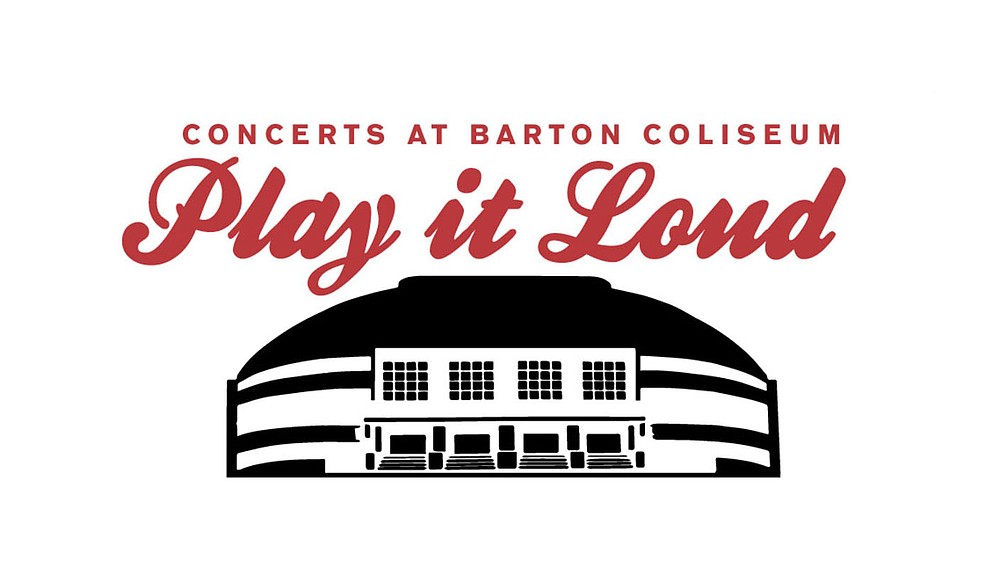