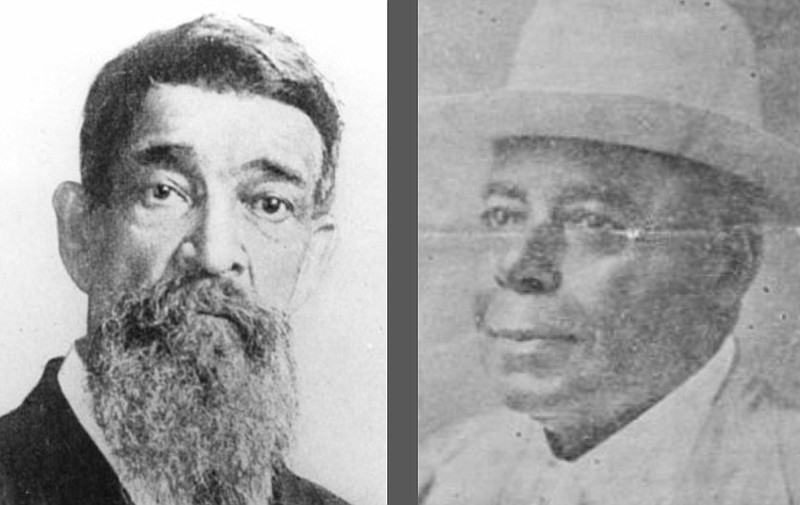 Joseph Carter Corbin (left), a journalist and educator who spent a decade at the end of his career as principal of Merrill High School, and Professor William Townsend, the longest-serving principal in the school’s history, are shown in this undated composite file photo.

Each week this month, ExplorePineBluff.com is dedicating its blog to articles about Merrill School as we look forward to the Merrill All-School Reunion set for Thursday-Saturday in Pine Bluff. This week, the spotlight falls on two towering figures in Merrill School history: Joseph Carter Corbin, a journalist and educator who spent a decade at the end of his career as principal of Merrill High School, and Professor William Townsend, the longest-serving principal in the school's history.

Have you heard of Joseph Carter Corbin? Near the end of his career, he spent a decade as principal of Merrill High School. Corbin was a renaissance man of his time. Born in Ohio in 1833, the eldest son of free black parents, Corbin couldn't wait to explore his potential. He became a journalist, a teacher, an innovator and a conductor on the Underground Railroad in Ohio and Kentucky.

Some might also call him an educational entrepreneur. After the Civil War, he moved to Arkansas, where he served as superintendent of public schools from 1873 to 1874. He founded the predecessor of the University of Arkansas at Pine Bluff and was its first principal from 1875 until 1902.

Corbin could do a lot of things. He spoke and read Greek, Latin, German, French, Spanish, Italian, Hebrew and Danish. He taught Greek and Latin at Branch Normal until the curriculum was modified in 1889. He taught students to play the piano, organ and flute and trained the Normal School choir, which was featured at every commencement.

A civic-minded man, Corbin served as secretary and third grand master of the Arkansas chapter of the Prince Hall Masons and as vice president of the Colored Industrial Fair.

If you are African American and your family has lived in Pine Bluff for generations, your great-great grandparents may have been influenced by Corbin. When he assumed the principal's role at Merrill High School, he was in the twilight of his career, but his students wouldn't have known it.

He was leading by example until the very end, showing students how to discover and maximize their potential for greatness.

Many of these places have come and gone over the years. A few are still with us today. They are all named after one distinguished Pine Bluff giant, the professor William M. Townsend, the longest-serving principal in Merrill High School history.

A native of Port Gibson, Miss., Townsend's love for learning started early. He worked his way through Alcorn State University, earning a bachelor's degree in 1886. He moved to Pine Bluff, eventually taking on the principalship at Merrill High School, a position he held from 1901 to 1941.

Townsend was a powerful and influential figure who got things done. It was Townsend who, near the end of his career, deftly persuaded the all-white Pine Bluff School Board to invest in the construction of a new Merrill High School building on Pullen Street, which became one of the premier facilities for Arkansas Black students in its day.

During the same period, he laid the groundwork, at considerable expense, for the purchase of nearby Longley Park as a playground and athletic field for the school.

Given Townsend's great commitment to education, it's no wonder that Pine Bluff leaders decided to name so many schools, streets and buildings after him.

All this excellence came from a man born in the era of slavery. Now, nearly 70 years after his passing, Townsend's prodigious legacy lives on.

This article is among features at ExplorePineBluff.com, a program of the Pine Bluff Advertising and Promotion Commission. Sources and Image Credits: Encyclopedia of Arkansas, Wikipedia, Jimmy Cunningham. 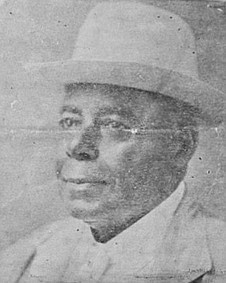