Older swimmers are hanging on at U.S. trials 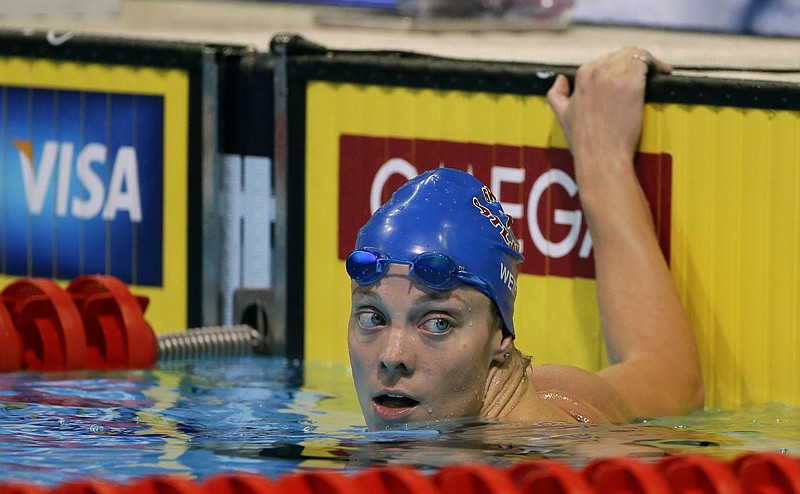 So, she's still at the pool, still toiling away against kids half her age.

While swimming will always be a young person's sport, Weir has plenty of company in the 30-and-older club.

She and a dozen other such athletes are competing in Omaha, led by 40-year-old Olympic gold medalist Anthony Ervin.

"Obviously, I have a lot of memories and a lot of history, but it's great to be back in it," Ervin said. "My heart wants to be a little bit more competitive."

Ervin, who shared gold in the 50-meter freestyle at the 2000 Sydney Games and improbably won that event again five years ago in Rio at age 35, is realistic about his chances in Omaha.

He's seeded 40th in the 50 free and would be more than satisfied simply to make the final. He knows his chances of qualifying for the Olympic team by finishing first or second are beyond remote.

This is essentially his farewell tour.

"God willing, I'll be in the finals and I can shake the hands of those guys who are going [to the Tokyo Games] and pass the torch, so to speak," Ervin said.

Attempting to make his fourth Olympic team, the five-time gold medalist has bested testicular cancer and is seeded in the top 10 in both the 50 and 100 free.

But he also concedes the challenges of being a top-level swimmer while balancing a home life. His wife, Hallie, had their first child in February, a daughter named Parker.

"I'm just not at the point in my life where I can really do that sustainably right now and be the kind of dad I want to be."

The most prominent of the old-timers is 36-year-old Ryan Lochte, a 12-time Olympic medalist who became a husband and father after the embarrassment of Rio, where he lied about being robbed at gunpoint during a raucous night on the town with several U.S. teammates.

Lochte insists he's gotten his life in order and is confident of not only making the U.S. team for the fifth time, but winning another medal in Tokyo.

But his times coming into Omaha aren't too encouraging. His only real chance appears to be the 200 individual medley, where he's seeded fifth.

If nothing else, he seems to have figured out life away from the pool.

"No matter how many times you get knocked down, it's how you get up that defines you as a person," Lochte said. "There's more to life than having that rock star persona. I had a wake-up call and now I'm the happiest person ever."

Aging swimmers can also pose challenges for their coaches, who must alter their methods and tactics for the 30-something crowd.

A young swimmer will dutifully follow their coach's orders. An older swimmer doesn't look at things that way.

"You have to keep it interesting enough where they enjoy what they're doing," said Dave Durden, who coaches Adrian and has worked with Ervin. "When they walk in the door at 18 and they look at the coach-athlete relationship, they look at me as the boss. As they get older, they're a co-owner in this."

Which only makes it that much harder to walk away.

Take Weir, who has competed in three Olympics and trains in Atlanta. Even after having major neck surgery after the 2016 Rio Games, she still has such passion for swimming that she put herself through an arduous rehab, all with an eye toward making it to Tokyo.

But when she steps up on the blocks, gazes out on that lane in front of her and plunges into the water, it all seems worth it.

"I just love it. I love the training. I love the routine of it," Weir said. "I don't think I'll ever fully retire from it. Even if I'm not competing for anything major, I'll always be in the water." 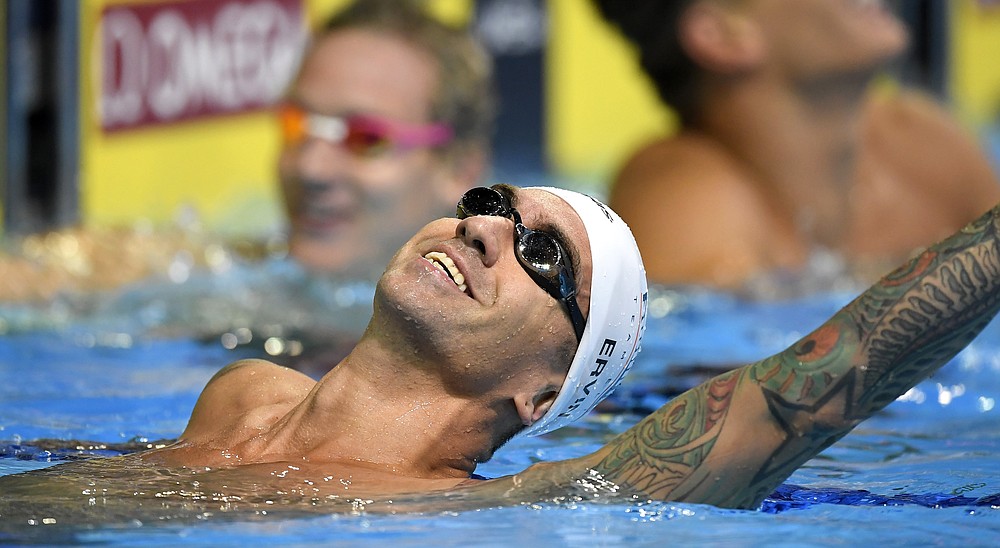 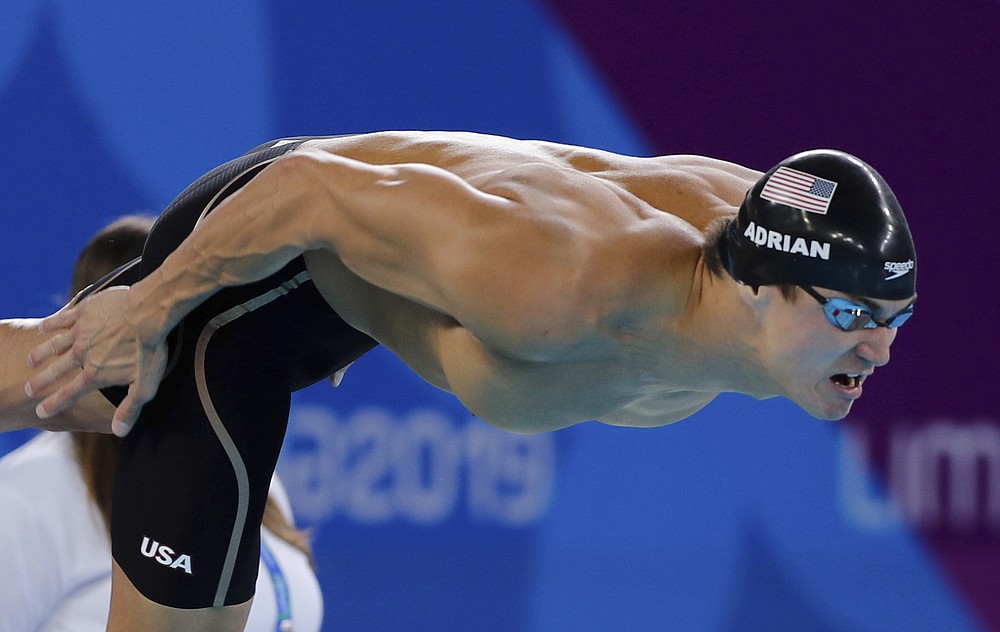 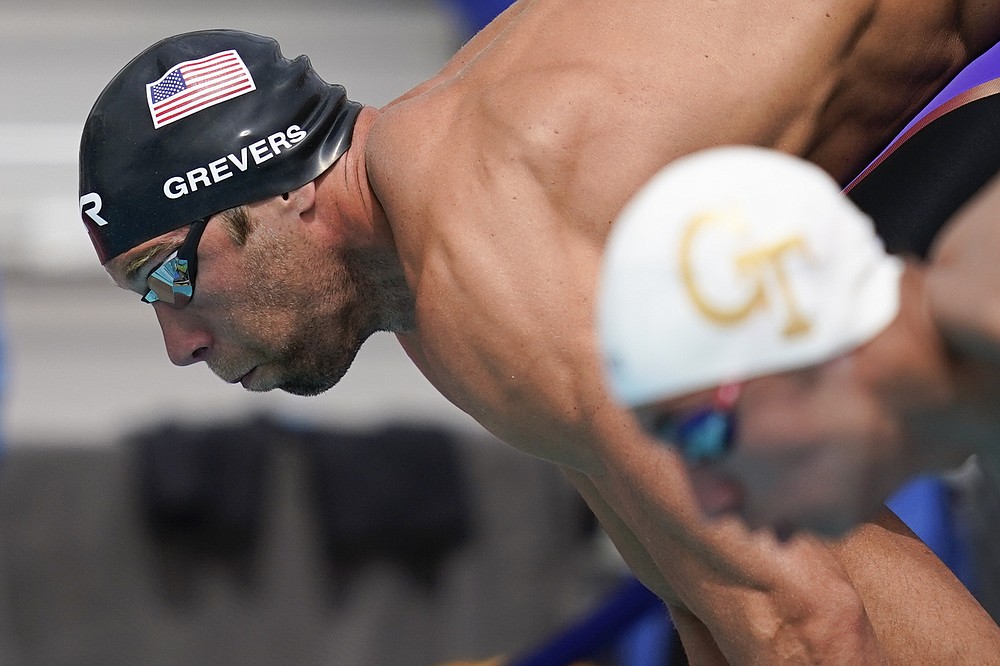 FILE - In this Sunday, April 11, 2021 file photo, Matt Grevers dives in to the pool at the start of the men's 100-meter freestyle final at the TYR Pro Swim Series swim meet in Mission Viejo, Calif. (AP Photo/Ashley Landis, File) 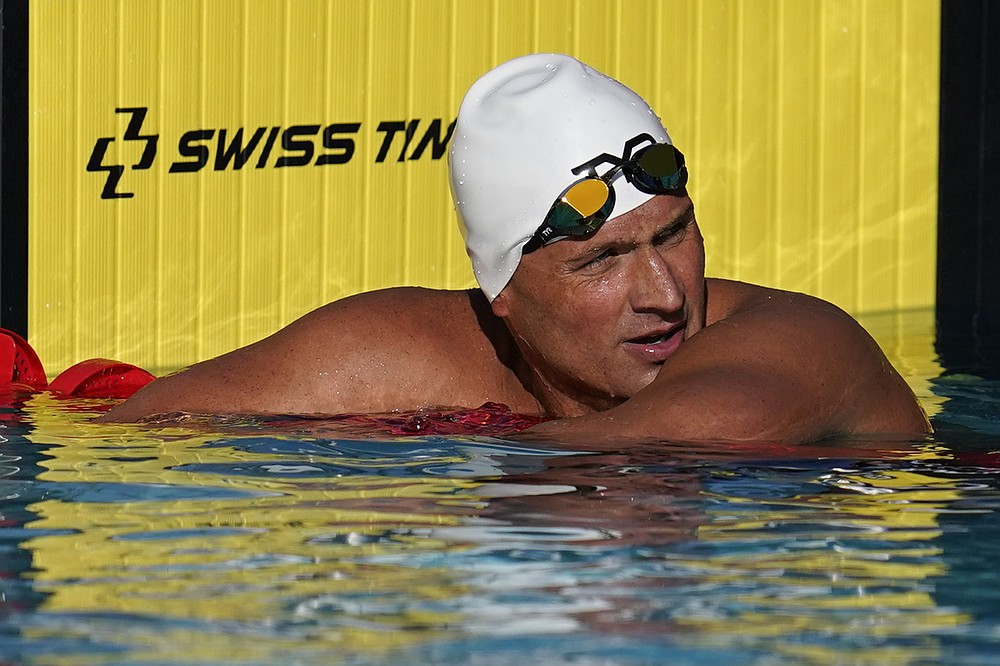 FILE - In this April 8, 2021, file photo, Ryan Lochte pauses after competing in the men's 200-meter freestyle preliminary race at the TYR Pro Swim Series swim meet in Mission Viejo, Calif. Lochte, the swimmer who embarrassed himself and the U.S. five years ago in Rio de Janeiro, is seeking to make a record-tying Olympic team. (AP Photo/Ashley Landis, File)
ADVERTISEMENT