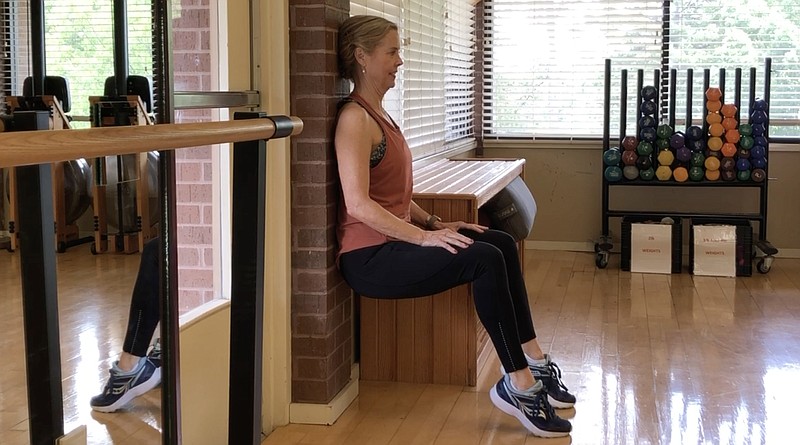 My first memory of a real "workout" is performing arm circles during middle-school gym class. It was the first time I had ever felt localized muscular fatigue manifested into a "burn."

At that young age, I was immediately put off by the uncomfortable feeling, but I also was curious as to the benefits of such an activity. It was the beginning of what would become a long self-discovery process spanning several decades.

This week, I will share some of what I learned in those early years and will introduce one of my favorite old-school exercise variations.

Outside of arm circles, my middle school gym class included short sprints, leg lifts, pushups, situps, wall sits and attempted pull-ups. When I look back on this basic workout regimen, I realize that all major muscle groups were challenged to some degree. These exercises gave the class our introduction to exercising for the sake of our health and fitness, a concept we had not yet experienced.

Early on, it was apparent that there would be varied levels of compliance and dedication to our newfound exercise program. Some students embraced the challenge and strove to outperform others in each activity, while others avoided the discomfort at all costs.

Looking back, I see it was an interesting sociology experiment that may have provided some foresight into our futures.

I wasn't the fastest or strongest, but I remember trying to finish everything I could and put forth my best effort. I enjoyed the feeling of accomplishment after the workout and also liked being recognized from time to time for trying hard. Of course, the same four or five kids who matured earlier always performed the best, but I embraced the idea of self-improvement rather than comparing my performance to others.

Later in life, I learned that extrinsic motivation (i.e., behavior driven by external rewards) was less effective for changing human behavior when compared against intrinsic motivation (i.e., behavior driven by internal rewards). This reminded me of how different people reacted in our gym class, and how some sought the affirmation of others (trophies, ribbons, accolades) for their performance and were crushed when they failed to earn those symbols of affirmation.

All these years later, these same lessons hold true. Adherence to any behavior change (new exercise program, smoking cessation, etc.) is far more likely to "stick" if the individual is doing it for his or her own self-improvement. Seeking adoration or affirmation from others in exchange for changing one's behavior is fleeting motivation and will likely result in poor long-term results.

And believe it or not, I still enjoy some of those original exercises from gym class! This week's exercise is a fun variation of the wall sit that challenges the quadriceps specifically.

See the video at arkansasonline.com/614master.

1. Stand about 18 inches from a wall while facing away from it.

2. Bend the hips and knees to squat down, then lean back against the wall so that your back is fully supported.

3. Make sure you squat down far enough to create a 90-degree angle at the hips and the knees.

4. Raise both heels up slowly and hold for 3 seconds.

5. Lower the heels back down.

6. Immediately raise back up and continue this up-and-down pattern for five heel raises.

The Wall Sit Heel Raise is a good test for intrinsic vs. extrinsic motivation because it does result in the localized muscle "burn" more than most exercises. This is one of those exercises that separates the truly dedicated from the rest.

So, my challenge to you is to perform this exercise every day for one week. Let's see who is up for it, and email me when you finish.

Print Headline: Who will rise to meet this heel raise challenge?