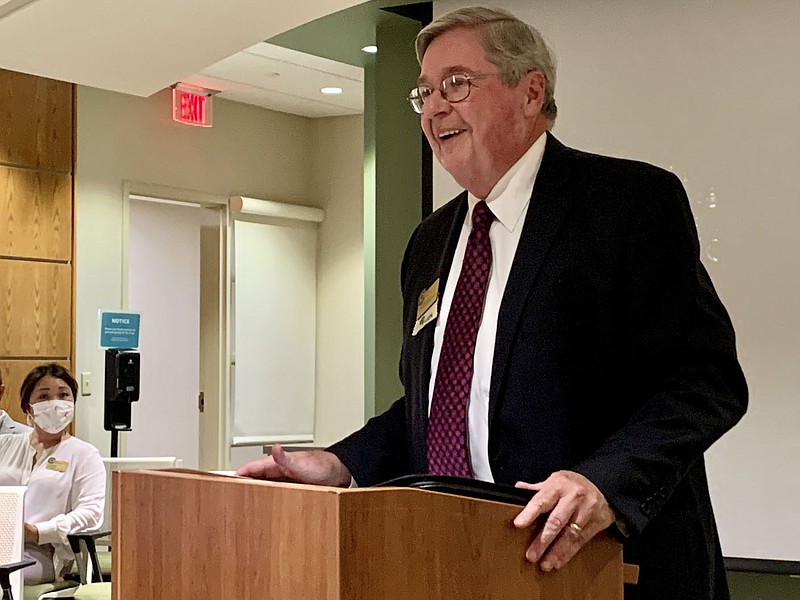 Tim Cornelius, vice president of career and workforce education, gave a presentation on the curriculum Monday at the Board of Trustees' monthly meeting.

Mark Scott, secretary, and Joe Spivey, board member, were absent.

The college is introducing the the cloud computing curriculum slowly to familiarize the region to the area of study, he said.

Cloud training is important to Northwest Arkansas, Cornelius said, noting there were about 55 jobs paying some $180,000 per year available in the region just last week.

"It's growing so fast," Cornelius said. "These jobs are there."

Many cloud computing jobs allow people to work locally for companies located around the world, he said.

"Remote work is here to stay," Cornelius said. "If you can work from anywhere, why not work from here?"

NWACC offers the only accredited Amazon Web Services Academy in Arkansas, he said.

Class duration varies, and current NWACC cloud computing classes cost from $695 to $1,495 to complete, according to the college's website.

The team now has 10 men's and four women's runners and is expecting walk-ons, he said.

There are now enough runners for the college to field both a men's and a women's cross country team, Schwartz said.

Trustees voted 7-1 in November 2019 to start a cross country program to compete in Division II of the National Junior College Athletic Association. It will be the first sanctioned sports team for the school.

Administrators and board members who supported the plan said the cross country program could draw students to the college who otherwise might not enroll. The tuition and fee revenue from those students would make up for expenses associated with the team, estimated at $54,000 per year for a team of 20, they said.

"It should be a great time," he said. "I think it's going to be a good deal, and we should have some good participation."

The board also voted 7-0 to approve a $65,920 purchase of promotional items for the college, said Ron Branscum, board chairman.

All areas of the college will benefit from the purchase, which includes items the college will giveaway to potential students in support of advertising and recruiting, said Evelyn Jorgenson, college president.