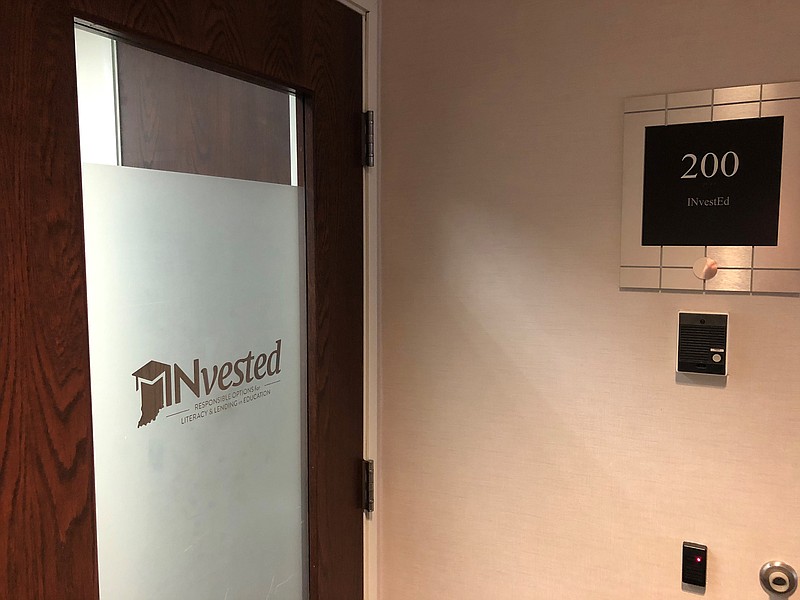 This June 1, 2021, photo shows the entrance to the INvestED offices in Carmel, Ind. The little-known Indiana state agency has been tapped to oversee a new program helping workers obtain short-term training certifications that received $75 million from the state's federal COVID-19 relief funding despite receiving little public discussion and few details on the money would be spent. (AP Photo/Tom Davies)

INDIANAPOLIS -- Indiana legislators scrambled in the final days of their session to make decisions on spending the state's $3 billion share of the $350 billion in federal coronavirus relief money approved this year for state and local governments.

Like many states, they directed aid to schools, businesses, highway construction and bailing out depleted unemployment insurance accounts. But with much of the money unallocated, budget writers also grabbed onto an idea floated by a local tech millionaire for a revolving loan program aimed at helping workers obtain short-term training certifications to advance their careers.

In an example of how states are casting for ways to spend the federal influx, Indiana's budget negotiators wrote in $75 million for the Career Accelerator Fund -- nearly triple the $27 million going to a 2% increase for the state's higher education system.

It's also more than three times what the Legislature appropriated to Republican Gov. Eric Holcomb's Next Level Jobs program two years ago and nearly double what lawmakers reinjected into his jobs program for the next biennium.

The concept is outlined in just 80 lines of legal text in the 233-page state budget bill and will be overseen by a little-known state agency that hasn't operated such programs before and whose leaders were approached by legislative staff about taking on the task only a week before the final budget vote.

Senate Appropriations Committee Chairman Ryan Mishler said the funding figure "seemed to be a good number to start with," but conceded that he and other Republican budget writers didn't have much time to develop operating specifics for the program.

About two-thirds of states have passed budgets for next year, with others expected to do so soon. Others, too, have been directing pandemic relief aid to new job-training programs.

The state's nonpartisan Legislative Analyst Office criticized Newsom's proposals as having "notable resources" and "no overarching plan or clear set of goals," noting that many programs are also "new and so large that agencies likely lack the capacity to administer them in a timely way."

Legislators in New Mexico put coronavirus relief money into programs that they had refused to fund at the same levels with regular state revenue, including $100 million to fully fund tuition for in-state college students and $10 million toward tourism advertising. The state's governor, Michelle Lujan Grisham, vetoed the appropriations and has not come forward yet with her own detailed proposal.

In Indiana, with the $75 million expenditure not needed to keep an existing program afloat, legislators had the luxury of creating a program with little thought given to specifics.

Democratic state Rep. Ed DeLaney, a member of the budget-writing House Ways and Means Committee, said Republicans weren't open in deciding how the federal money should be spent, and the career accelerator program had no public discussions.

He said it didn't make sense to put so much money toward a new program when Republicans pushed for Gov. Eric Holcomb to pull Indiana from federal programs that provided an extra $300 in weekly payments to unemployed workers and expanded jobless benefits during the pandemic.

"This program gets $75 million for having done nothing," DeLaney said. "Based upon its lack of existence, let alone success, they get $75 million. ... The governor's talking practically in crisis terms that we don't have workers, and this program isn't even set up and it's funded."

Bill Wozniak, INvestEd's vice president of marketing, said planning remains "preliminary," with the agency still working out how it will select qualified degree programs and how many staffers it will need to coordinate it before funds become available July 1.

Tech entrepreneur Scott Jones, who made millions from selling an early voicemail system and has started several companies, launched the Career Accelerator Fund in 2019 as a nonprofit pilot program, intending to turn it over to the state eventually. He said the program could help thousands of Indiana residents obtain short-term vocational certificates in the state's high-demand career fields.

The fund is intended to become self-sustaining with fewer anticipated defaults compared with federal loan programs, and by capturing for up to 10 years the growth in income tax revenue expected to be generated by those who complete the training and get a better job.

The text establishing the fund sketches out a program under which participants would enroll in credentialed courses such as computer programming, manufacturing, health care, logistics and aviation that take up to six months to complete and result in graduates finding jobs that pay at least 20% more than what they had earned. Recipients would be expected to repay the interest-free loans in installments based on their new monthly income.

Information for this article was contributed by Morgan Lee and Adam Beam of The Associated Press. Smith is a corps member for the AP/Report for America Statehouse News Initiative, a nonprofit national service program that places journalists in local newsrooms to report on undercovered issues. 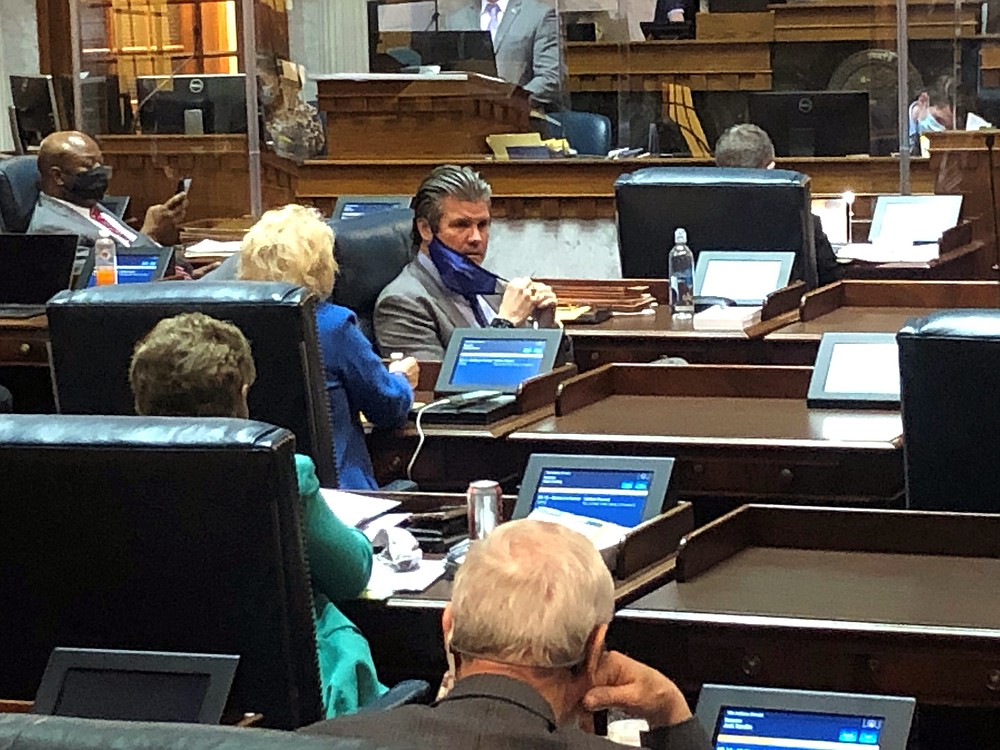 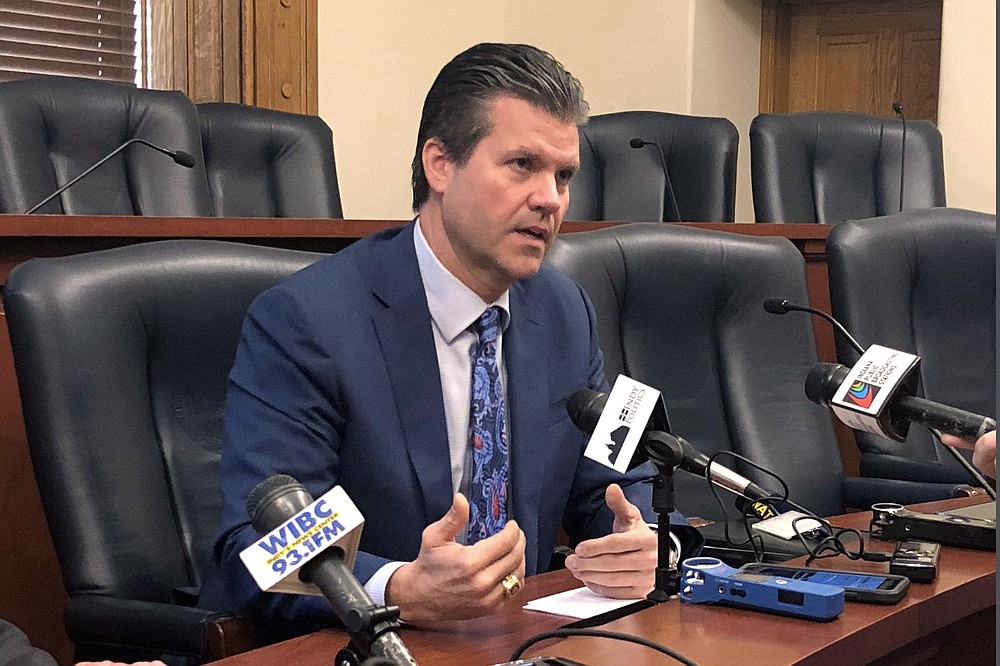