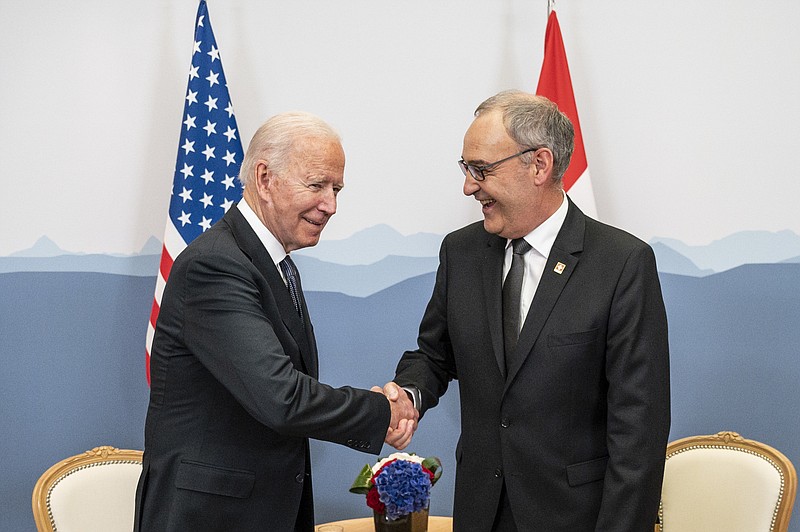 Biden will meet with the Russian leader today in what's expected to be roughly a half-day of private discussions involving the two leaders and their aides. That's after Biden spent much of a weeklong European trip working to strengthen ties with like-minded partner nations to better deal with rivals Russia and China.

[Video not showing up above? Click here to watch » https://www.youtube.com/watch?v=jzmIuMrsWRw]

Soon after Biden's arrival in Geneva on Tuesday, a reporter shouted out a question on whether the president was ready for today's talks. "I am always ready," Biden answered.

The American leader reached Geneva after rounds of close consultations with global leaders at summits with the Group of Seven, NATO and the European Union. He secured a series of joint communiques expressing concern over Russia and China.

As for Russia, the U.S. and the EU declared that they "stand united in our principled approach" to the longtime rival, "ready to respond decisively to its repeating pattern of negative behavior and harmful activities."

In line with the chilly Biden-Putin relationship -- Putin's government responded with indignation earlier this year after Biden said he considered the Russian a "killer" -- the two men plan neither lunch nor dinner together, and no joint news conference after their meeting.

That's in contrast to the G-7 session hosted by British Prime Minister Boris Johnson, where the allies and their spouses held a beach barbecue and round after round of photos.

According to a senior administration official granted anonymity to disclose internal discussions, Biden is hoping to find small areas of agreement with the Russian president, including potentially returning ambassadors to Washington and Moscow.

That and other diplomatic issues, including the tit-for-tat expulsions of diplomats and closure of consulates, will be high on the agenda for both sides.

The U.S. ambassador to Russia, John Sullivan, a holdover from the Trump administration, and Anatoly Antonov, the Russian ambassador to Washington, will both be in Geneva for the summit.

Russia has complained for years about its eviction and loss of consulates in San Francisco and Seattle and other facilities in Maryland and New York. The U.S., meanwhile, has been forced to close its consulate in St. Petersburg and is now facing the loss of Russian citizens employed by its embassy in Moscow, which will significantly reduce the consular services it is able to provide.

Biden also is looking to make progress on a new arms control agreement between the two nations, which agreed to a five-year extension of the remaining pact in January.

Putin foreign affairs adviser Yuri Ushakov sought to moderate expectations for the summit, but he emphasized its importance given the current tensions.

"It's the first such meeting that takes place at a time when the bilateral relations are extremely bad," he said. "Both parties realize it's time to start dealing with the issues that have piled up."

Biden plans to raise issues including cyberattacks and Putin's treatment of Russian opposition leader Alexei Navalny, who was poisoned and later jailed in what was seen as political retribution for leading an anti-Putin protest movement.

Biden this week called Putin a "worthy adversary" and has said he is hoping to find areas of cooperation with the Russian president. But he also warned that if Russia continues cyberattacks and other aggressive acts toward the U.S., then "we will respond in kind."

The EU and U.S. agreed Tuesday to set up what their statement called a "high-level dialogue" on Russia to counter what they said was Moscow's drift into deeper authoritarianism and anti-Western sentiment.

A summit statement released Tuesday said the U.S. and EU "stand united in our principled approach towards Russia and we are ready to respond decisively to its repeating pattern of negative behavior and harmful activities."

They "urge Russia to stop its continuous crackdown on civil society, the opposition and independent media and release all political prisoners."

At the same time, the 27-nation EU is divided in its approach to Moscow. Russia is the EU's biggest natural gas supplier and plays a key role in international conflicts and key issues, including the Iran nuclear deal and conflicts in Syria and Libya.

But the hope is that Biden's meeting with Putin might pay dividends, and no one in Brussels wanted to undermine the show of international unity that was on display at the G-7 and NATO summits, according to EU officials.

Information for this article was contributed by Matthew Lee, Jamie Keaten, Lorne Cook and Paul Wiseman of The Associated Press. 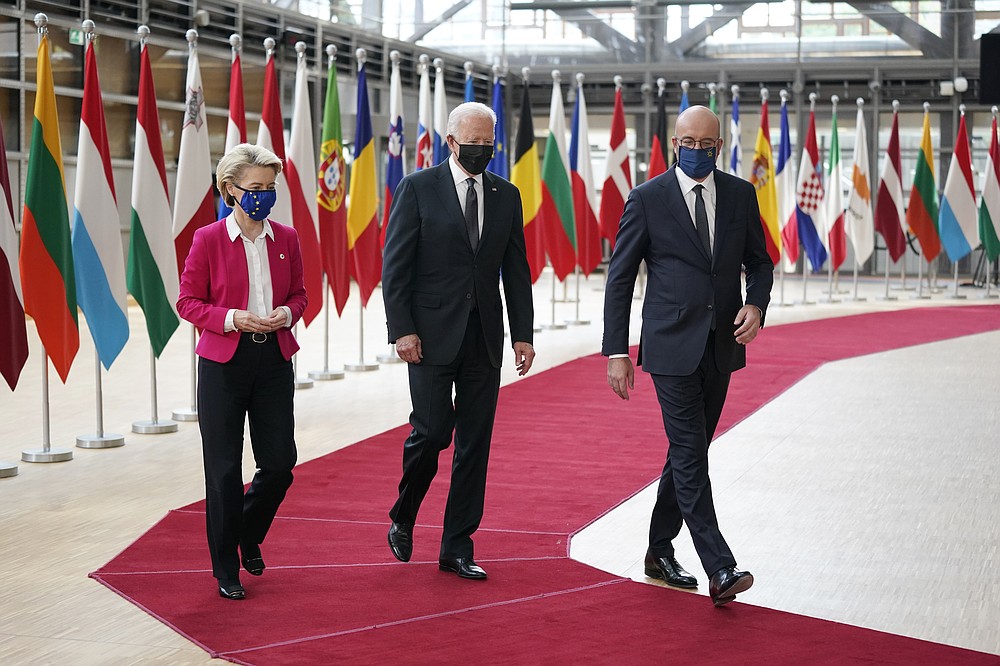 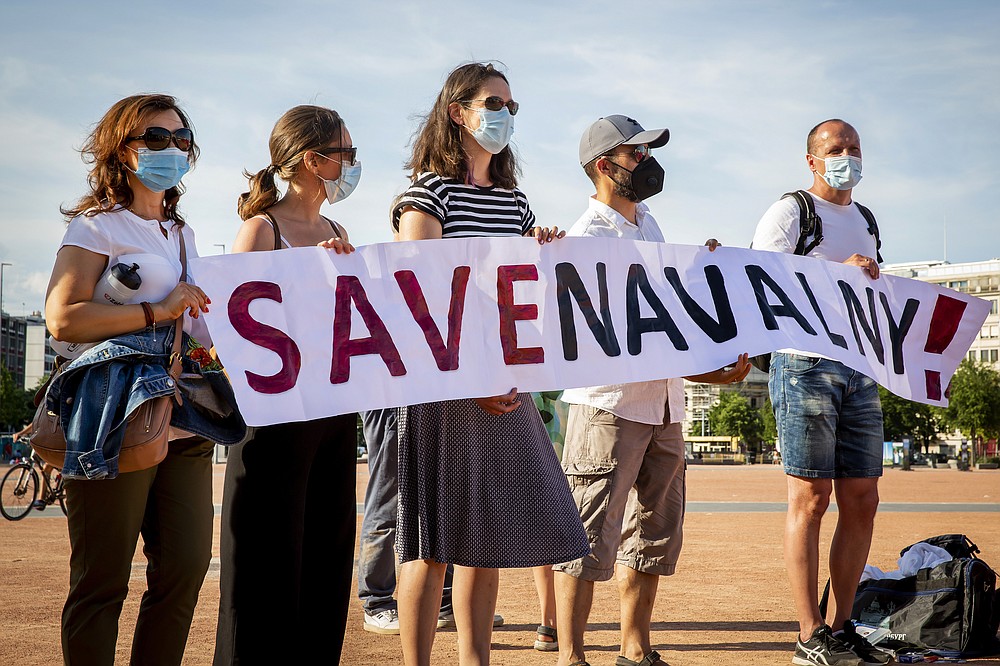 Protesters hold a sign during a peaceful rally to speak up against political repressions, human rights violations and antidemocratic rule in Russia, during a demonstration in Geneva, Switzerland, Tuesday, June 15, 2021. Geneva is hosting a meeting between U.S. President Biden and Russian President Putin on June 16. A couple dozen supporters of Navalny, the jailed Russian opposition leader, staged a rally Tuesday on a sun-drenched Geneva square.(Magali Girardin/Keystone via AP) 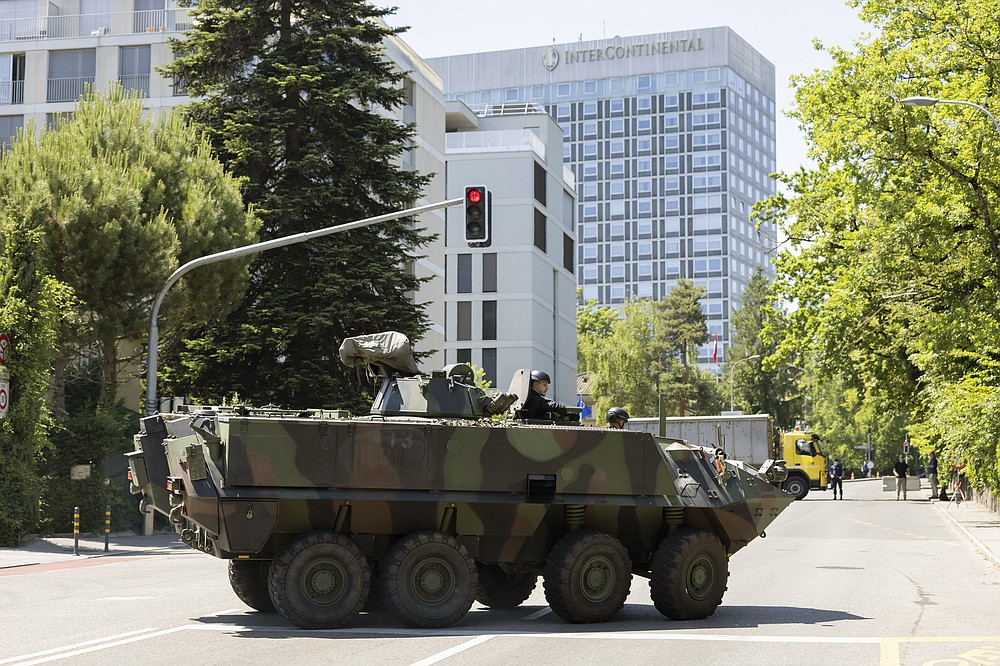 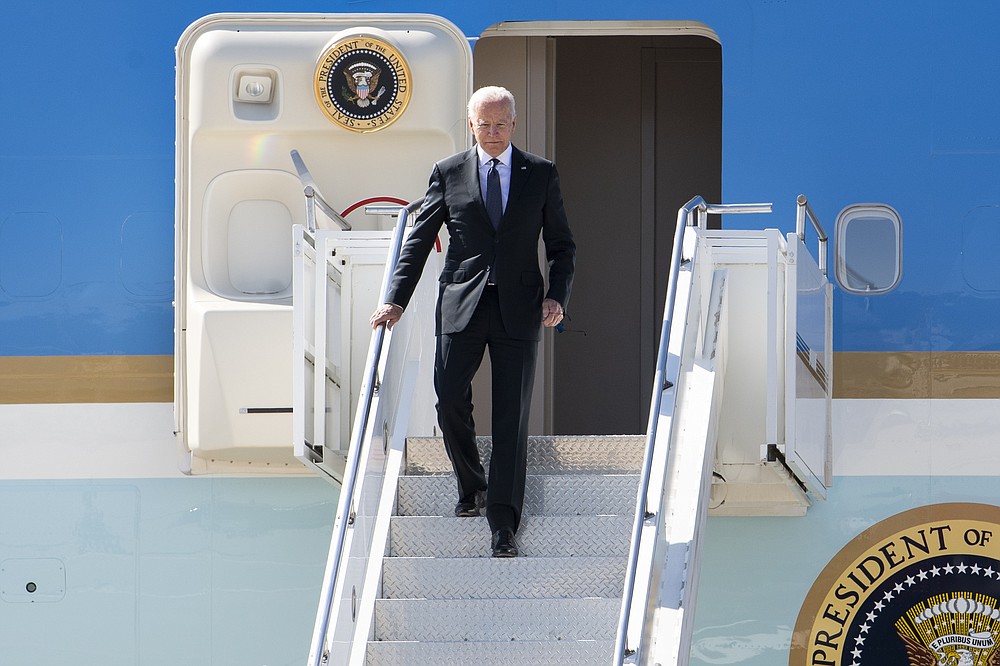 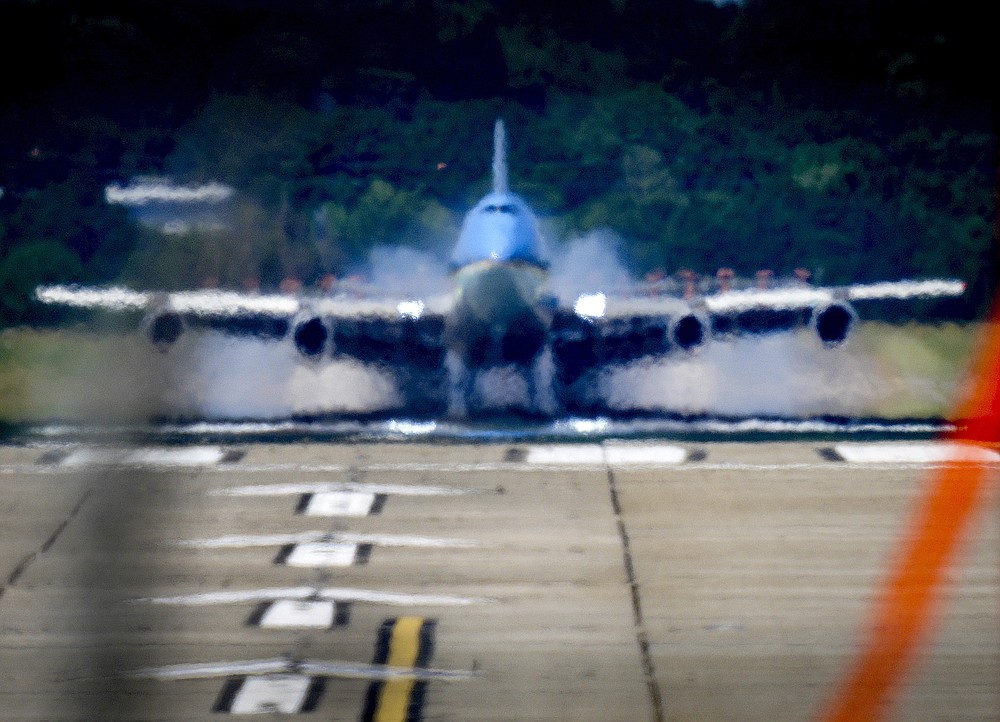 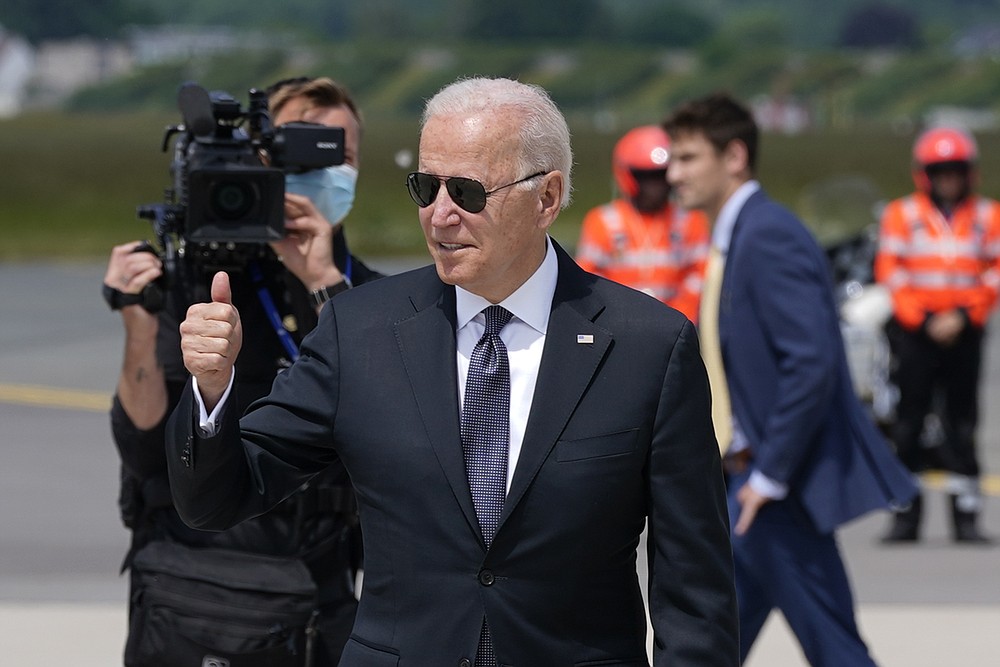 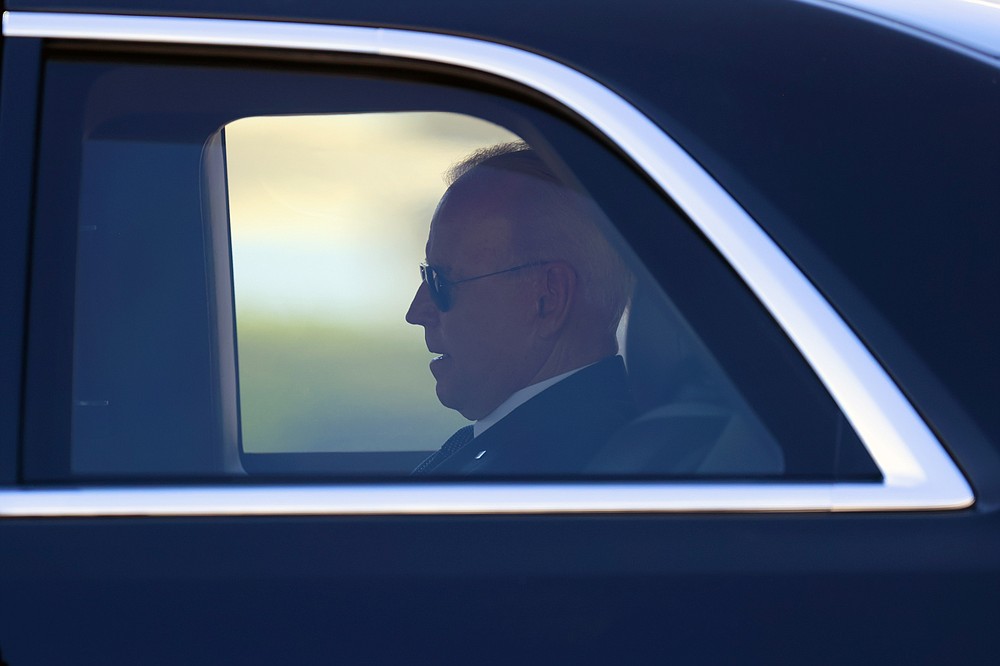 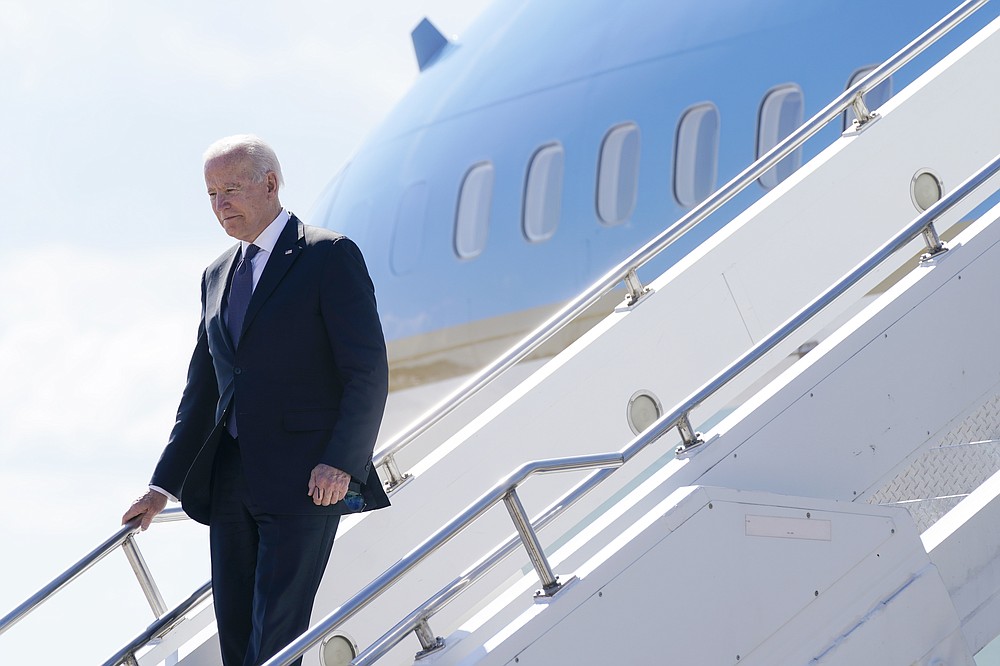 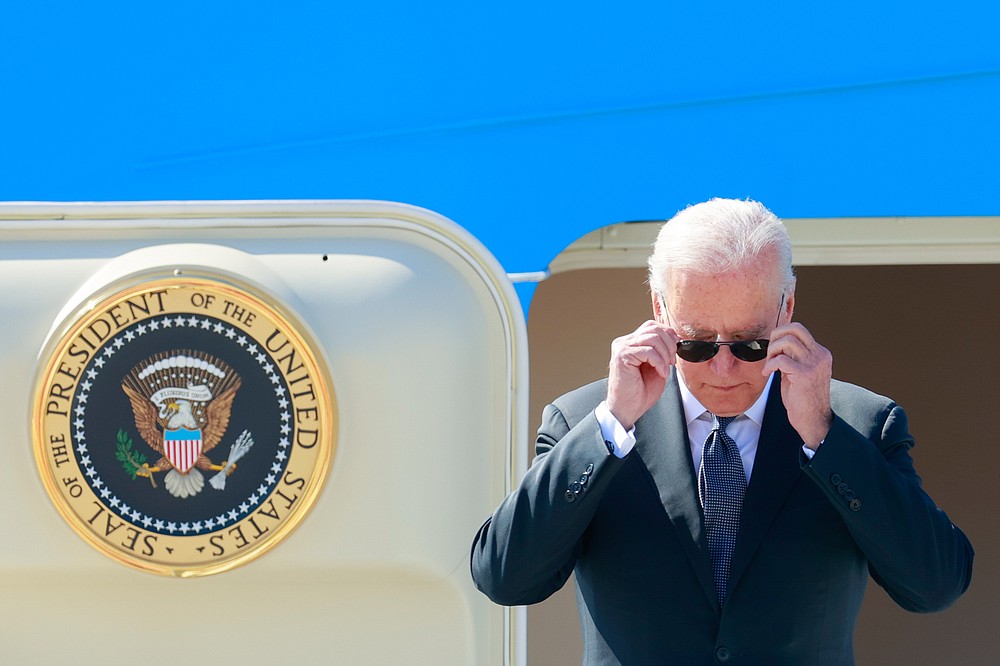