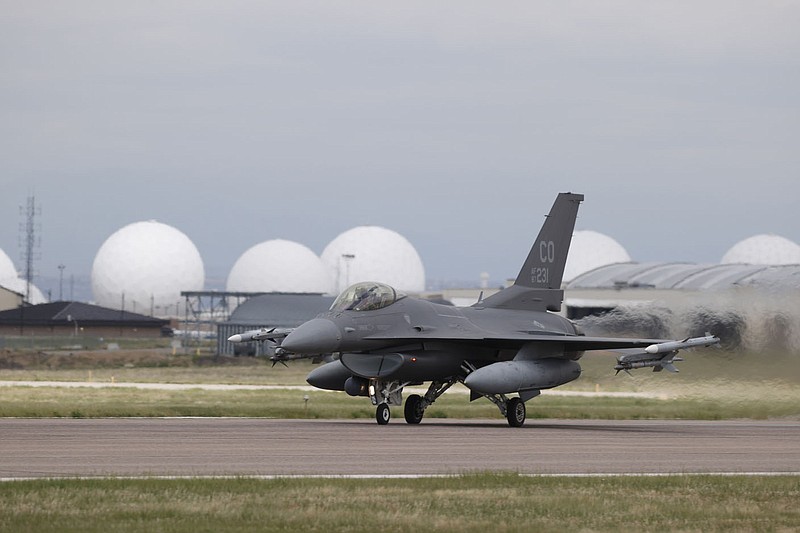 FORT SMITH -- The city committed $5 million to extend the runway at Ebbing Air National Guard Base to accommodate fighter jets coming to the city for a new training mission.

The city Board of Directors on Tuesday unanimously voted to commit money from the city's general fund for the 1,300-foot extension. It's part of $22 million between the city and the state for the project, which will accommodate a Singaporean General Dynamics F-16 Fighting Falcon training unit and a Lockheed Martin F-35 Lightning II training center for Foreign Military Sales participants.

Fort Smith Regional Airport, which encompasses the air base, has already begun design engineering for the project. It's expected to be operational by June 2023, said City Administrator Carl Geffken.

Officials on June 3 announced the base was selected for the Foreign Military Sales program. The program allows the U.S. to sell defense equipment, hold training exercises and lend services to a foreign country when the president determines it will strengthen national security and promote world peace, according to the Air Force.

Singapore's air force is an F-35 Foreign Military Sales customer wanting its F-16 squadron with its F-35s at a long-term site. The base's training center will hold up to 36 fighter aircraft, the Air Force said.

Mayor George McGill at the June 3 announcement estimated the training mission could generate "close to $1 billion" annually to the River Valley region. Geffken on Tuesday compared it to getting a car factory in a city.

The city's portion of the money comes from the unallocated $20 million balance in the general fund.

"Knowing how you all have thought and responded in the past, spending $5 million once to get a billion-dollar return annually is a no-brainer," Geffken told the board, adding the runway extension could also be a draw for commercial aircraft at the airport.

The air base was selected out of five sites to host the mission. It's expected to bring more than 345 U.S. military personnel as well as about 180 Singapore unit members and about 300 dependents to the region, according to the Fort Smith Regional Chamber of Commerce.

Following the vote, At-Large Director Kevin Settle made a motion for a resolution of appreciation recognizing everyone involved in bringing the training mission to Fort Smith.

"Thanks to everyone on the western side of Arkansas. They played a major role in that. We had an opportunity to show them what you can find within an hour, hour and a half drive from Ebbing air base, and they were very impressed," McGill said.

The approval of the money for the runway extension followed the board waiving building permit and construction inspection fees for Arkansas Colleges of Health Education's renovation of the corporate office building formerly owned by Golden Living at 1000 Fianna Way. The school plans to renovate the building to include classrooms and a health and wellness center. Colleges of Health Education President Kyle Parker estimates the facility will bring with it 100 jobs averaging salaries of more than $150,000 annually.

"Who would have thought, at the end of 2020, we would be here today, talking about two massive projects?" Settle said.

"At the end of the day, I truly believe that it's the people of this River Valley that made the impression on that delegation that came from Singapore, the Air Force and the Pentagon," said McGill. 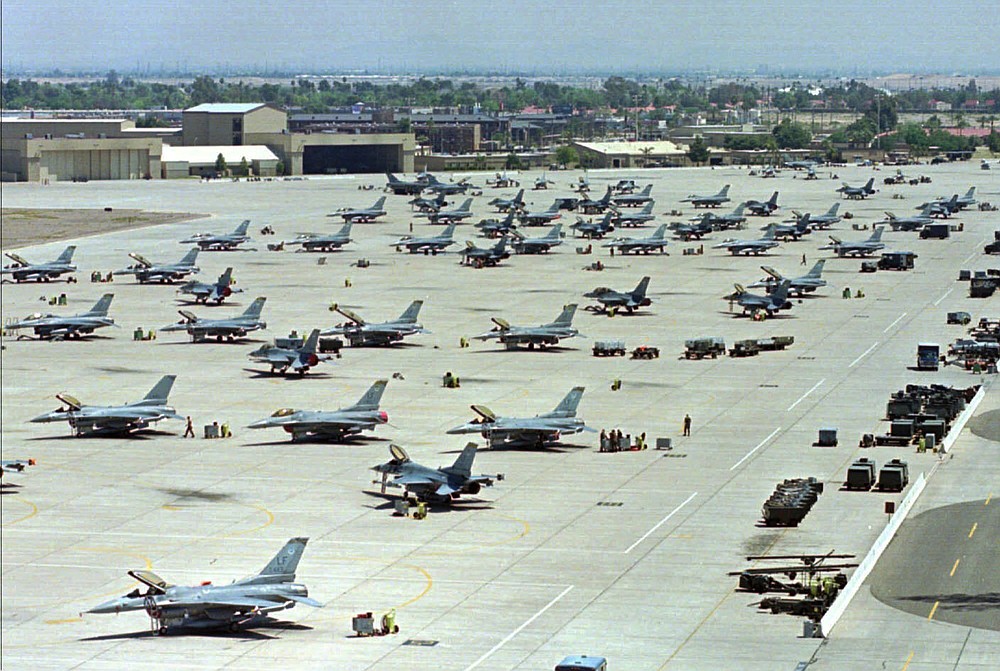 Ebbing Air National Guard Base housed F-16s from 1988-2005, including deploying planes to Iraq in support of Operation Iraqi Freedom.