Rahm turns attention back to golf 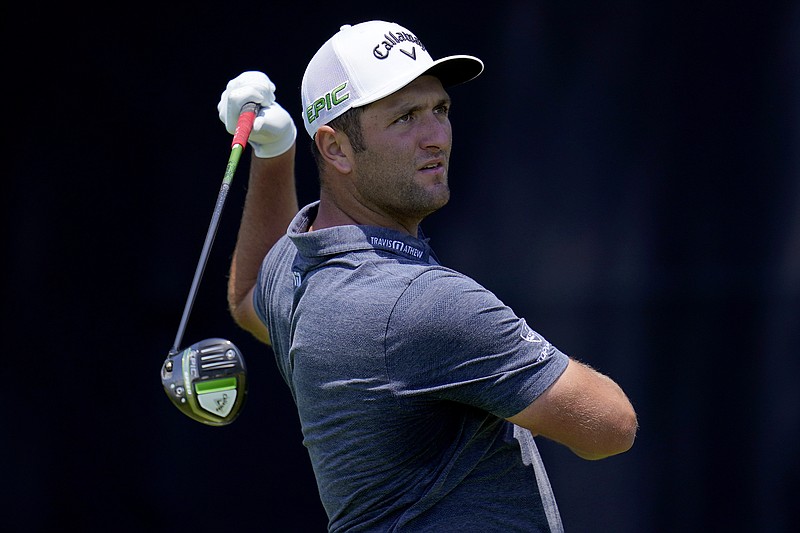 Jon Rahm, of Spain, hits from the seventh tee during a practice round of the U.S. Open Golf Championship, Tuesday, June 15, 2021, at Torrey Pines Golf Course in San Diego. (AP Photo/Gregory Bull)

SAN DIEGO -- The hard part, at first, was having to walk off the course with a six-shot lead and no chance to finish the tournament. Learning on national TV that he had tested positive for covid-19 didn't help, either.

Once the initial shock wore off, Jon Rahm shifted his focus away from the course.

Concern became the overwhelming emotion, for himself, his wife and infant son, his parents, who had just flown in from Spain.

"I wasn't there when my parents met my son and I hadn't seen my parents in over a year, almost a year and a half. Those are the hard parts about this virus in life," Rahm said Tuesday. "Whatever happens on the golf course was absolutely secondary in my mind."

His mind and body back at ease, the No. 3 player in the world has swerved his attention back to golf.

Rahm hasn't played since being informed of his positive test after the third round of the Memorial yet is the betting favorite to win this week's U.S. Open at Torrey Pines.

The Spaniard played some of the best golf of his life two weeks ago at Muirfield Village, reaching 18 under to match the Memorial 54-hole record after a 64 that was nearly nine shots better than the average third-round score. The 26-year-old has played well at Torrey Pines in the past -- his first PGA Tour victory was here four years ago -- and even proposed to his wife, Kelley, along the hiking trails near the North Course.

"It's finally clicking all together like I was waiting for it to happen. Finally everything was firing on all cylinders," Rahm said. "Not that I'm expecting to play that perfect again, but I know that I can play at a really high level. So I'm confident, yeah."

The backlash started when Rahm initially tested positive and continued when PGA Tour officials said the vaccination rate among players was "north of 50%."

"To all the people criticizing the PGA Tour, they shouldn't," he said. "We are in a pandemic and even though this virus has very different forms of attacking people, you never know what reaction you're going to get. So PGA Tour did what they had to do. The CDC rules [are there] for a reason."

The way Rahm found out was a little tougher to take.

A year ago at the Memorial, Rahm learned of a two-stroke penalty -- his ball moved before he holed a chip shot on No. 16 -- on live TV following his round. He won the tournament and moved to No. 1 in the world, but it was certainly an awkward moment.

Fast-forward to June 5 and Rahm again received bad news on live TV, cameras following him as PGA Tour officials told him of the positive test. Rahm doubled over after receiving the news and yelled "Not again!" before heading off the course.

"Because it was the second time I got put on the spot on the same course why I was a little bit more hurt," he said. "It's tough. They don't want me to go by and start shaking all the patrons' hands and high-fiving and all that, so I understand that as well."

The chaos and awkwardness behind him, Rahm has been preparing for a course that's far tougher than during the regular PGA Tour stop in January. The USGA has turned Torrey Pines into a monster, the fairways narrowed, greens hardened, the rough thick and gnarled.

While in isolation, Rahm tried to practice on the simulator at his house in Scottsdale, Ariz., but it didn't last long. He could hit tee shots and irons, but there was no real way to putt or chip. It's not the same as playing a real course, either.

Rahm received his first negative test on Thursday and was itching to get his second after a test on Friday. He got it Saturday, meaning he could start preparing right away instead of having to wait until the end of the quarantine period, which would have been Tuesday.

"I wish I was a little bit more prepared," Rahm said. "I was hitting it pretty good a couple of weeks ago, but I feel like as athletes we're always wanting more. I feel like every time I go tee it up, I always think I could have done something more. Once you tee off Thursday, it doesn't matter. You go do a job."

Now fully vaccinated, Rahm has one less thing to worry about. Winning his first major is again the priority. 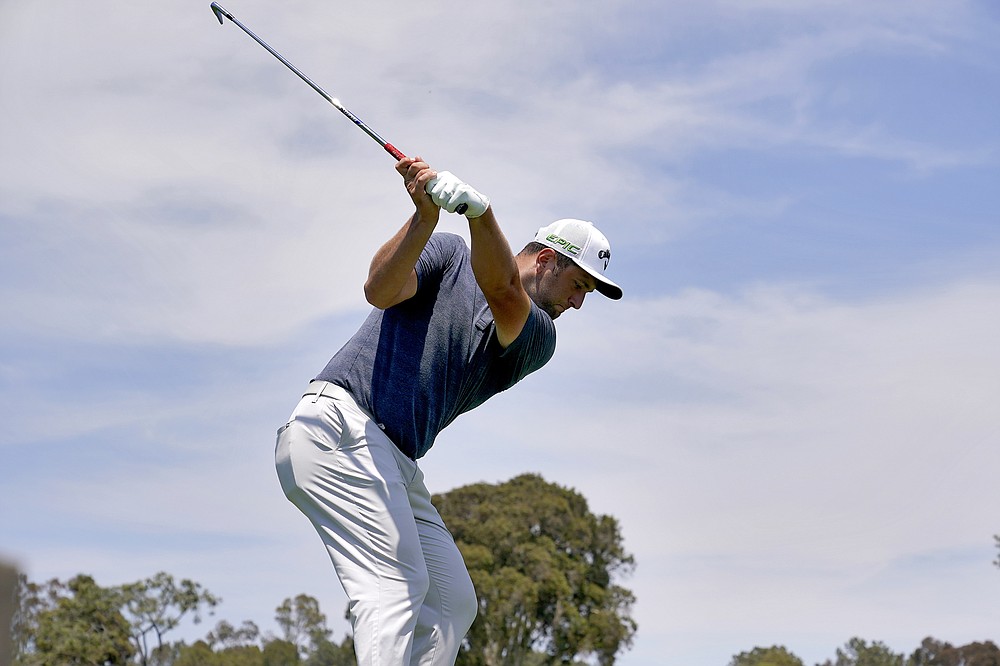 Jon Rahm, of Spain, plays his shot from the eighth tee during a practice round of the U.S. Open Golf Championship, Tuesday, June 15, 2021, at Torrey Pines Golf Course in San Diego. (AP Photo/Gregory Bull)